You have permission to edit this article.
Edit
Home
News
Schools
Things To Do
Real Estate
Milton FAQ
Opinion
Classifieds
Obituaries
Business Directory
About Us

On March 2, 1902, the West Milton covered bridge was destroyed by high water and ice. The 325-foot span over the lower Lamoille River was the third to be built in this part of town, having been preceded by one above and below its site.

A temporary floating bridge was built for the short term, and then a little upstream later that year, an iron one-lane truss bridge was built by the United Construction Company of Albany, NY. It was one of few bridges to survive the 1927 flood.

In 1997, it was replaced by the current two-lane bridge just a bit to the south.

There was much controversy over the future of the historic truss structure. According to federal and state laws pertaining to certain historic bridges, this one was a rare Pennsylvania truss bridge and one of only two in Vermont chosen to be preserved.

Eventually, it was carefully dismantled and restored as a recreation and pedestrian passage over the Missisquoi River in Swanton, connecting the village to their museum. Using footings from the covered railroad bridge that had been destroyed by arson fire in 1987, an additional center span was added to accommodate the wider river.

The Milton Historical Society is pleased this important piece of Milton history has been restored in another Vermont town and encourages the community to visit the bridge and Swanton's wonderful railroad museum. 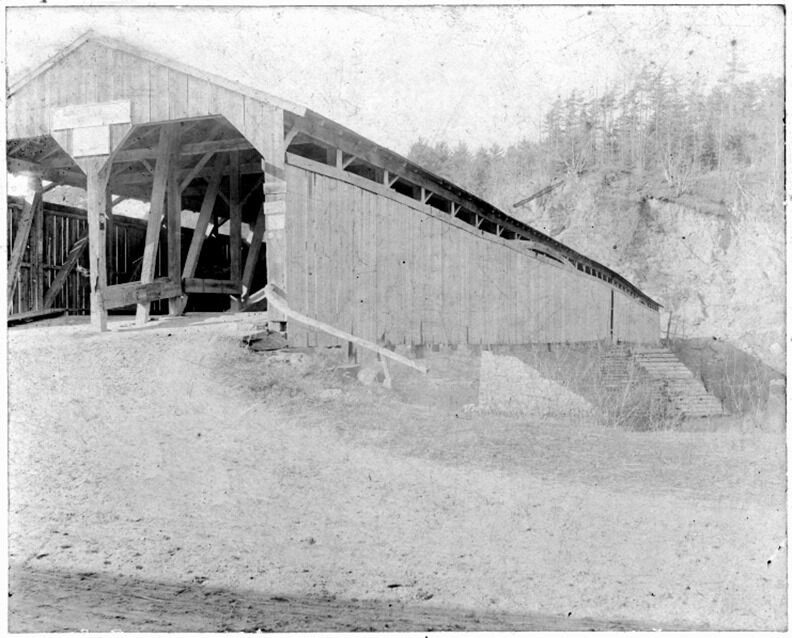 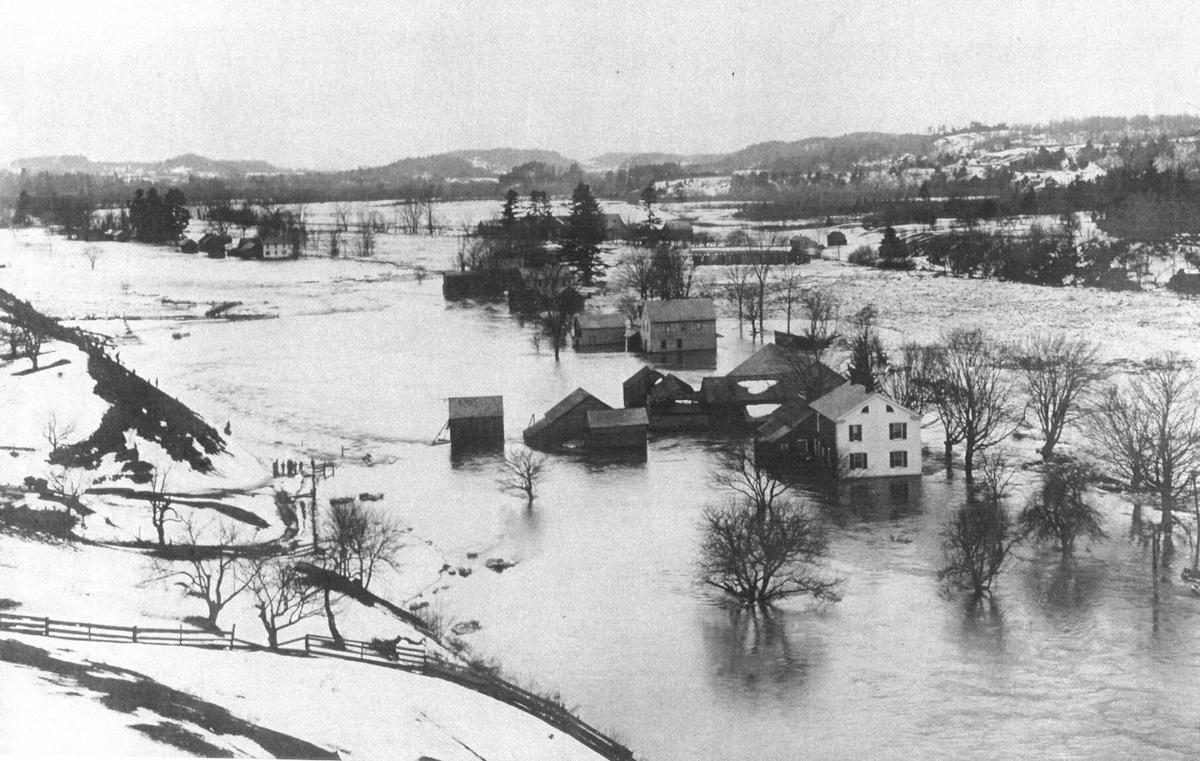 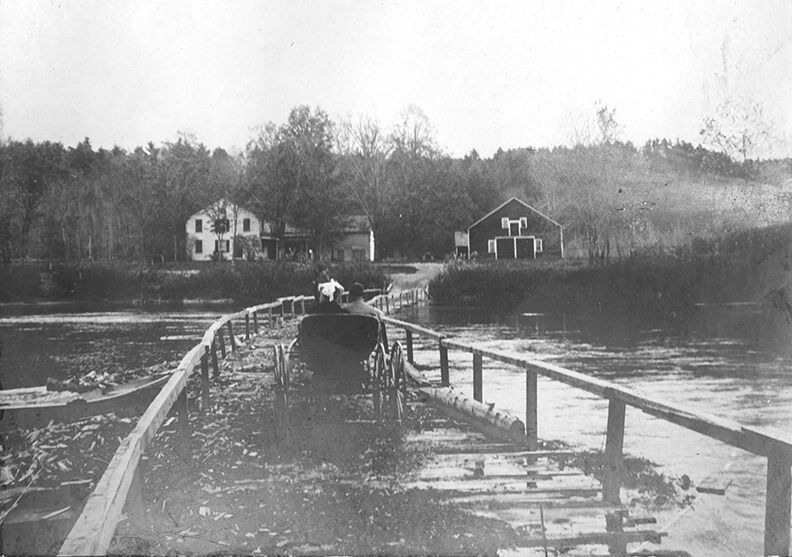 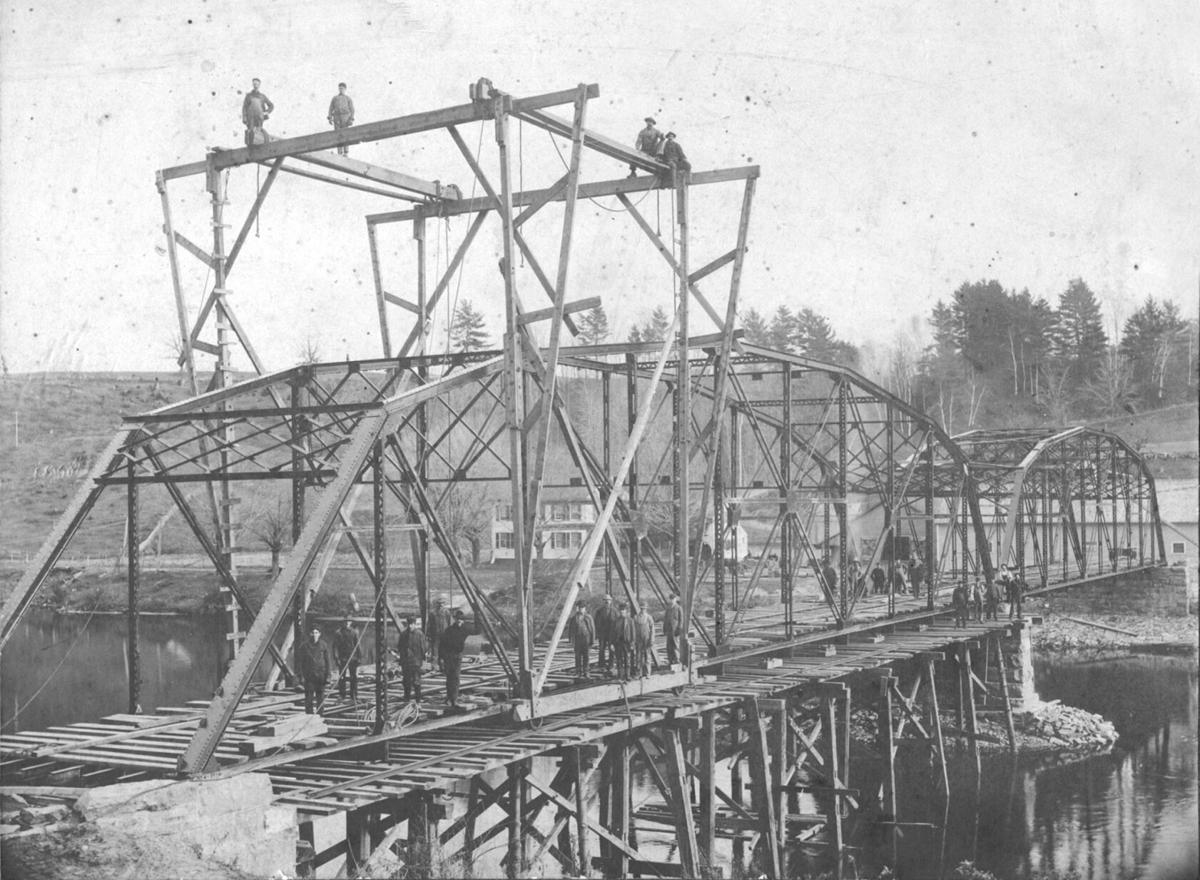 After the West Milton covered bridge was destroyed in 1902, an iron one-lane truss bridge was built as a replacement. The bridge was later moved to Swanton in 2009. 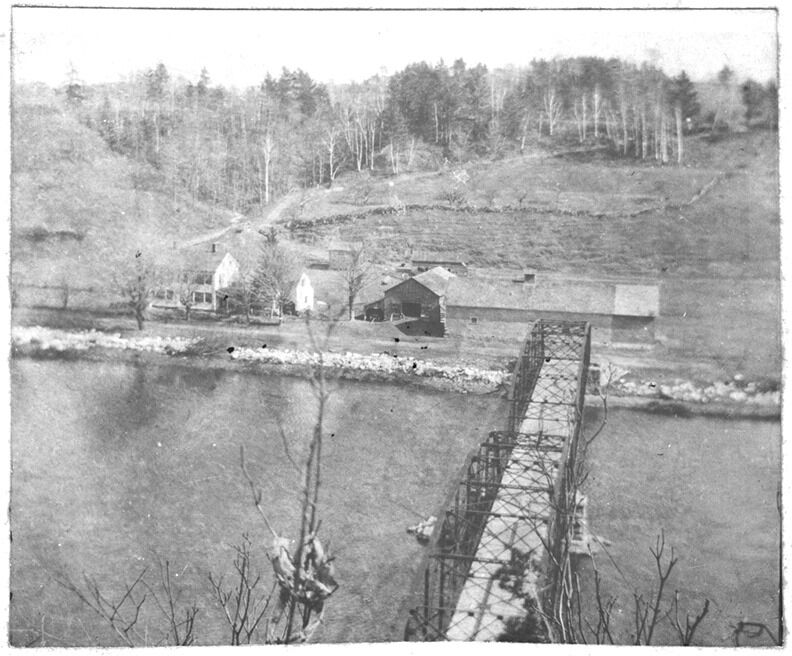 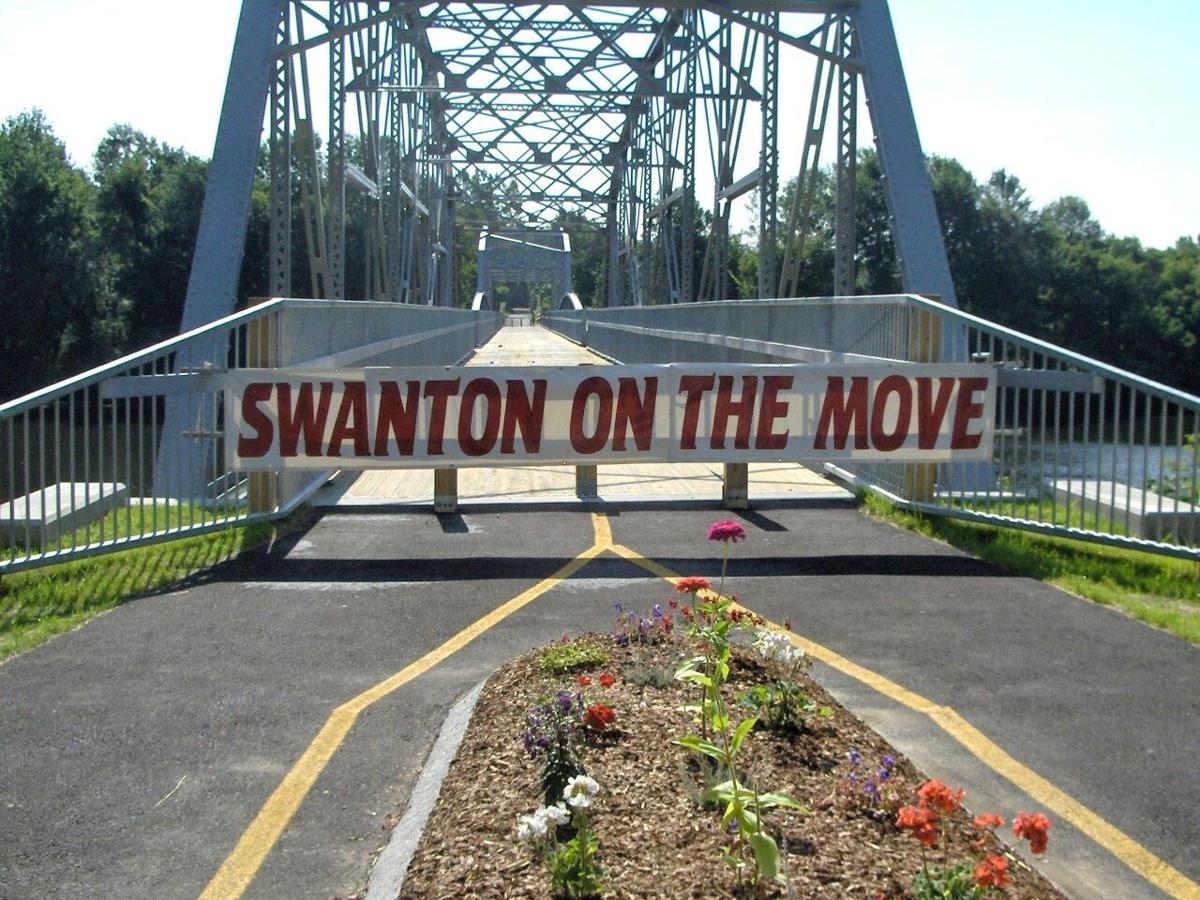 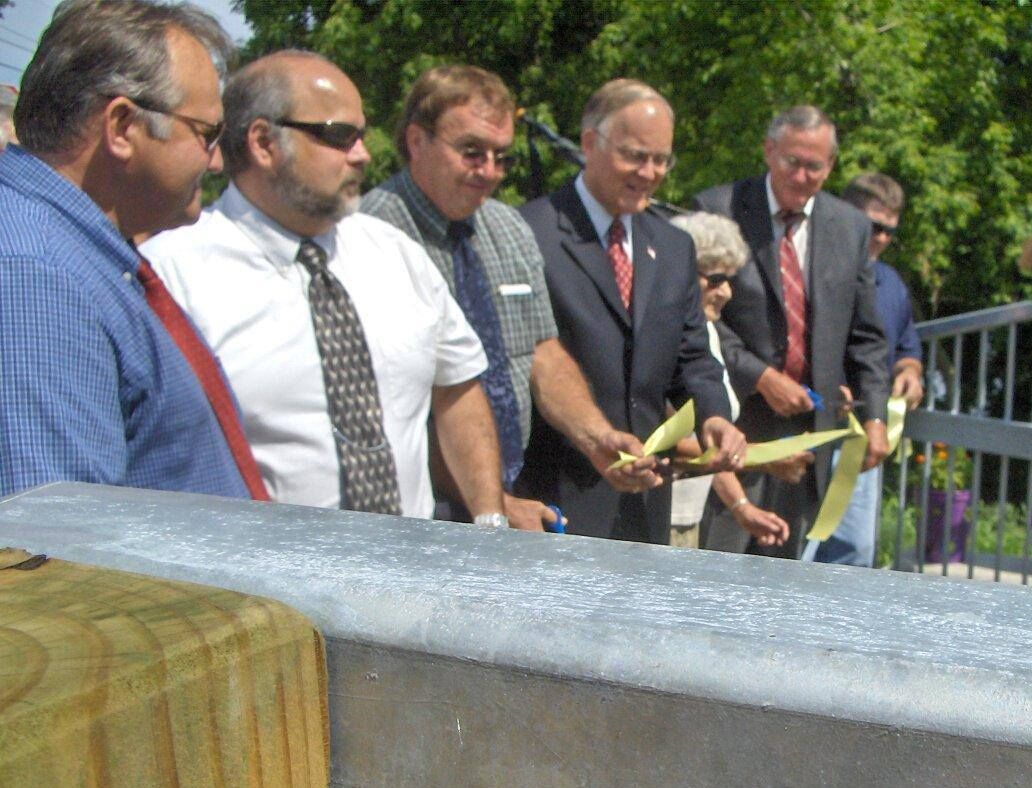 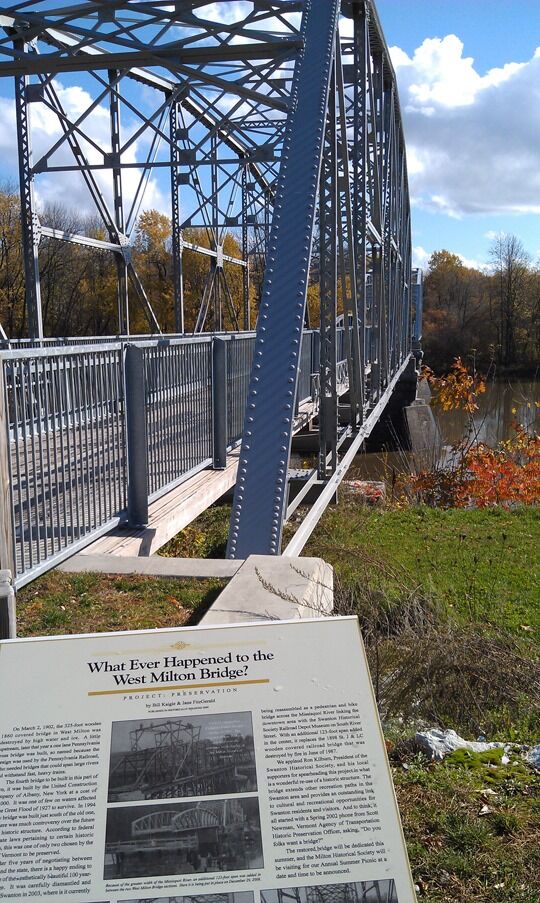 West Milton Bridge through the years

After the West Milton covered bridge was destroyed in 1902, an iron one-lane truss bridge was built as a replacement. The bridge was later moved to Swanton in 2009.