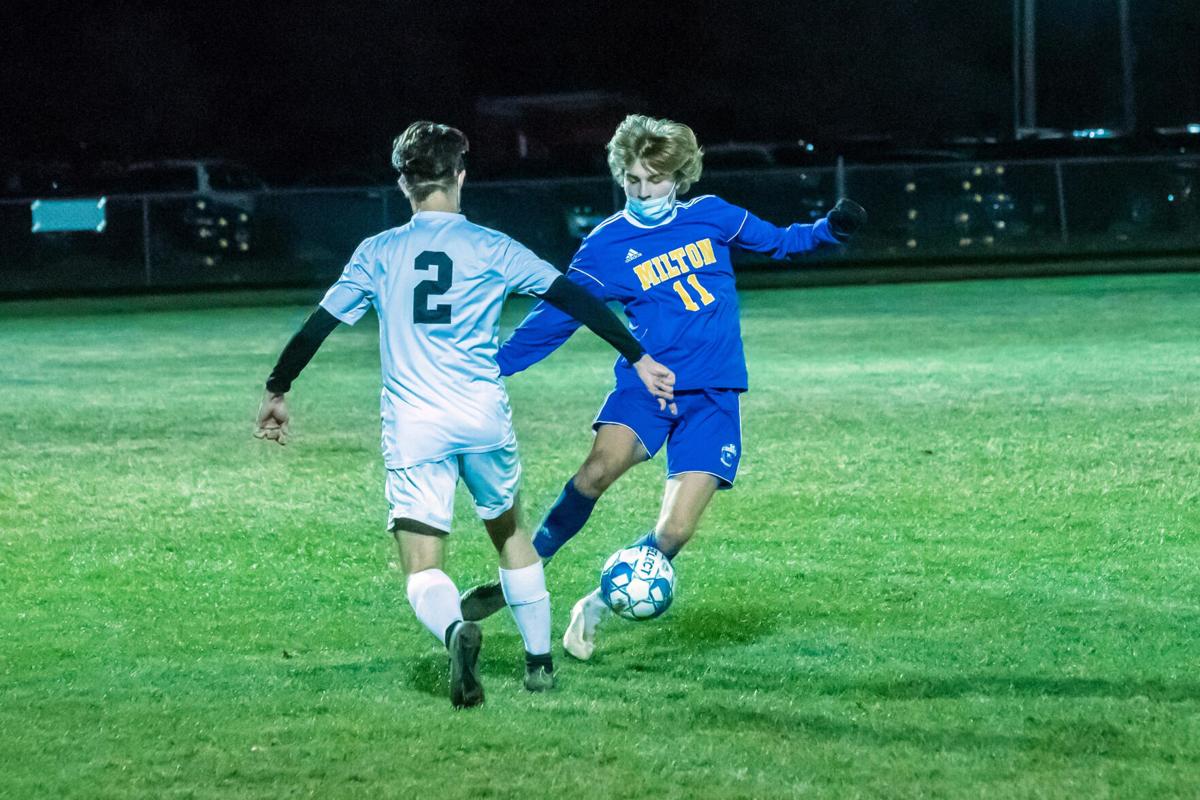 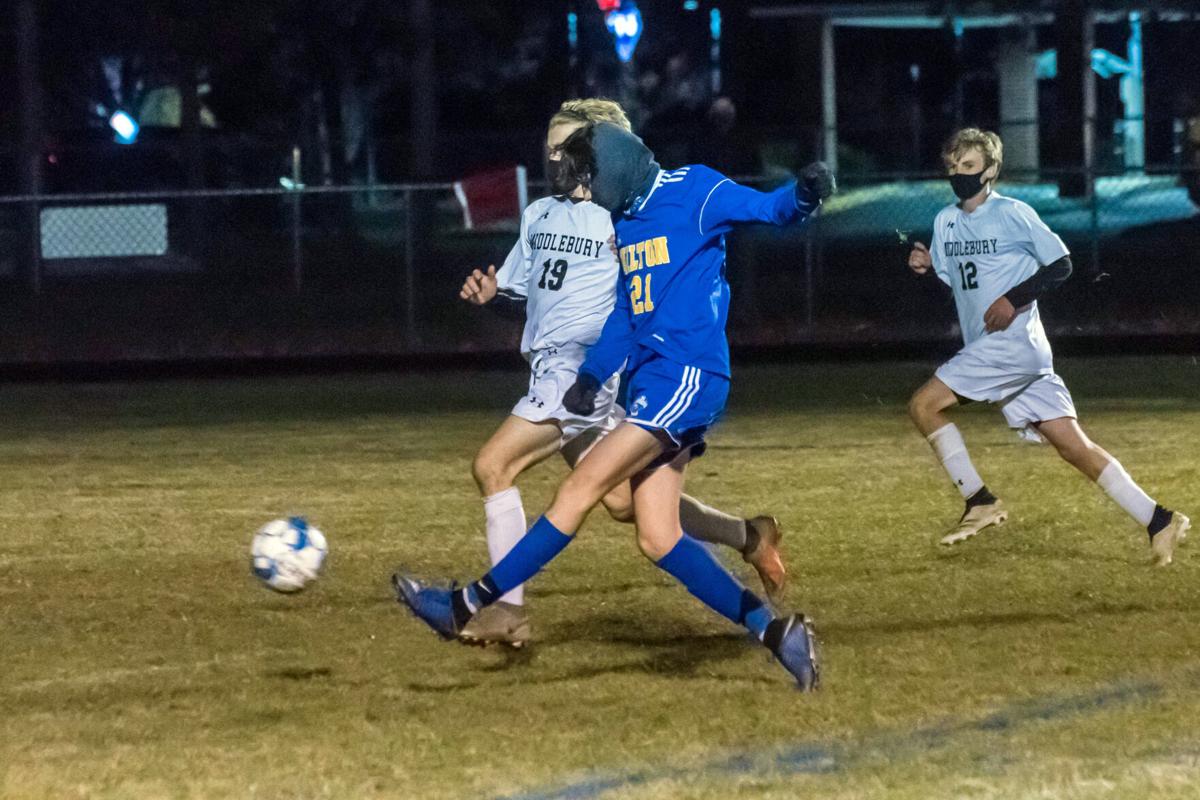 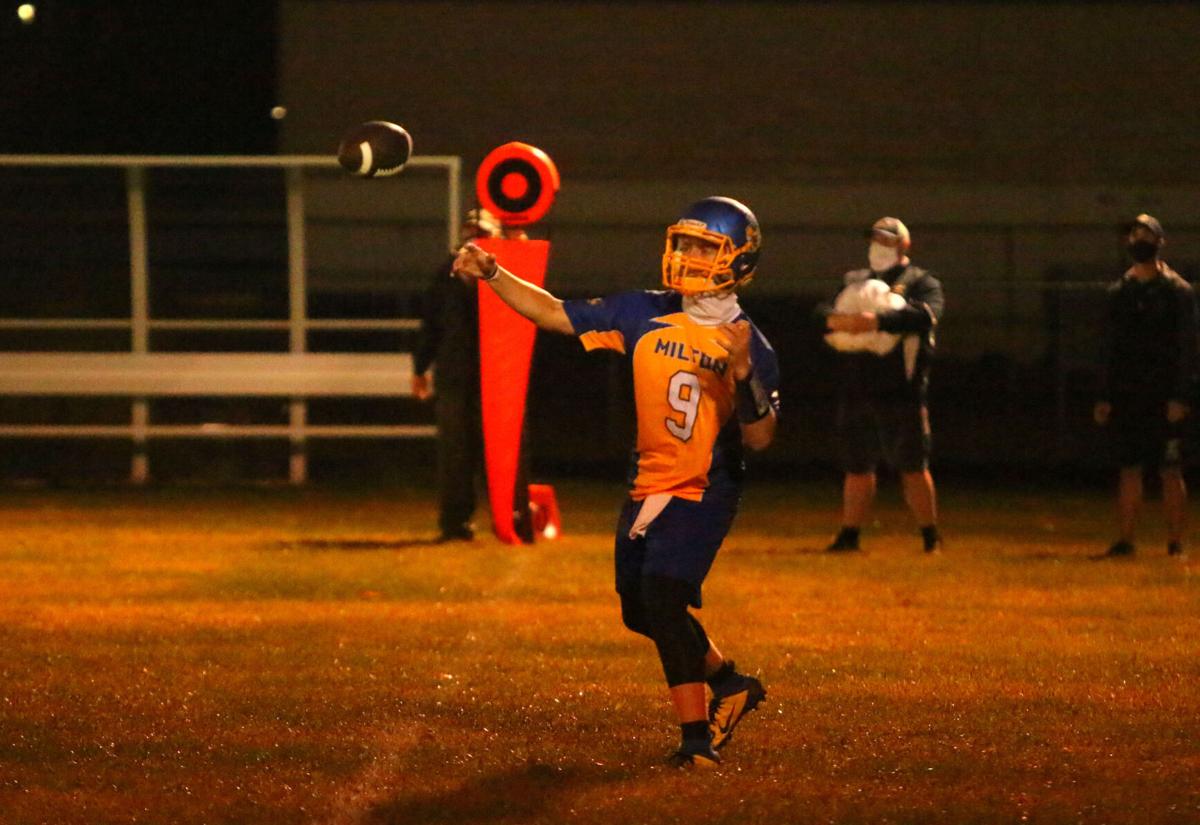 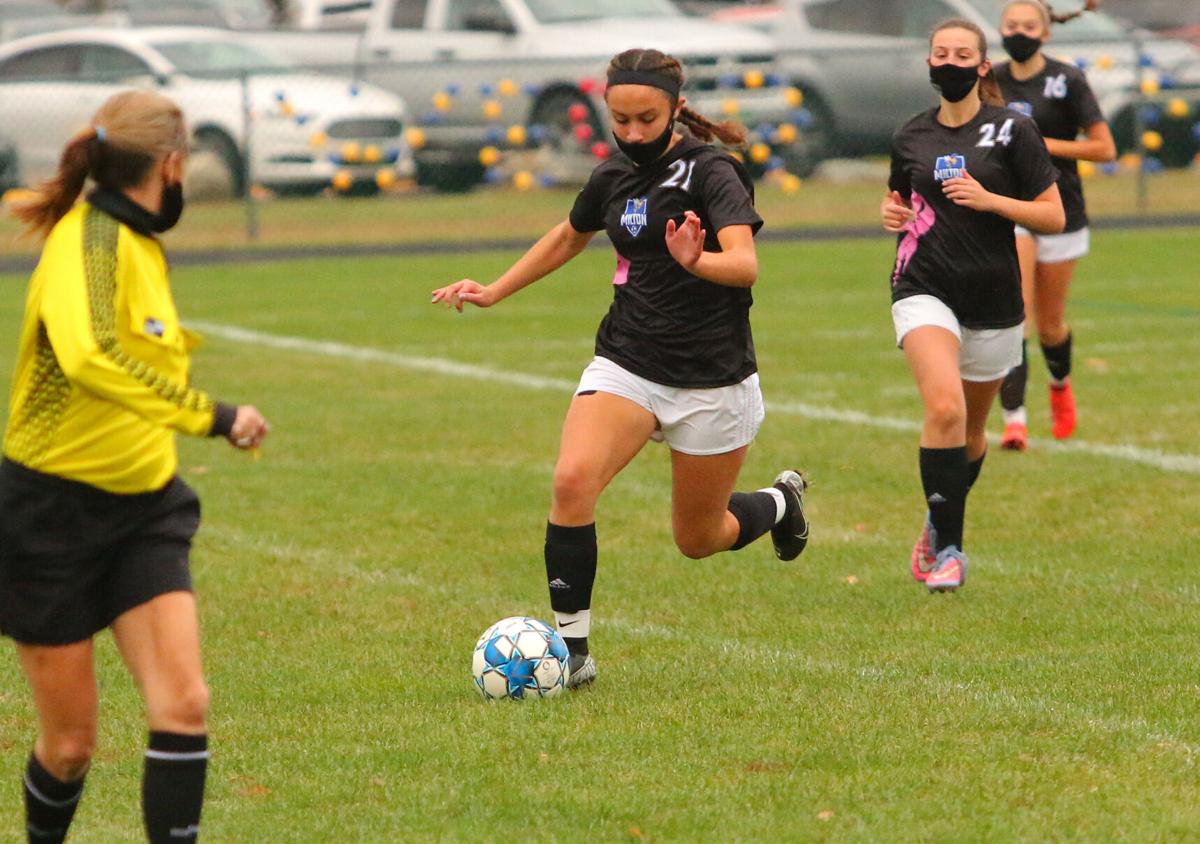 Here’s your one-stop shop for Milton High School (MHS) fall playoff news, results, and upcoming contests in either the Vermont Principals’ Association (VPA) state championship tournaments or the Vermont Interscholastic Football League Burlington area tournament. This page will be updated throughout the postseason.

With a perfect regular season record of 8-0, Milton took the No. 1 seed in the Division 2 tournament. The Yellow Jackets get a first round bye and will host a 4 p.m. Friday quarterfinal against either eighth-seeded Lamoille (3-4-1) or No. 9 Northfield/Williamstown (3-4-1). MHS hasn’t played either of those teams this year.

With a Friday win, the Yellow Jackets will then play in the semis which are tentatively scheduled for Tuesday, Nov. 3. The championship game is currently set to be held Saturday, Nov. 7.

The Yellow Jackets took down the ninth-seeded Northfield/Williamstown squad to move into the semifinal round.

Milton defeated No. 4 Middlebury 2-0 to stay undefeated on the year, moving to 10-0 and into the championship game.

The Yellow Jackets' bid at becoming the Division 2 state champions fell just short as MHS lost to sixth-seeded Montpelier 2-1 in the title match.

The game was tied 1-1 at halftime, and that score stood until there were just under two minutes left to go. With overtime looming, Montpelier found the back of the net off a cross from the right side of the field to pull ahead.

After going 6-2, MHS was tabbed with the sixth seed in the D2 tournament. The Yellow Jackets will host No. 11 Otter Valley (4-5) on Tuesday for a 4 p.m. start. The two squads did not play each other during the regular season.

A Tuesday win would then have the Yellow Jackets take on the winner of 14th-seeded Mount Abraham (1-8) at No. 3 U-32 (7-1); that quarterfinal is lined up for Saturday. The semis are to be held Nov. 4 with the championship game penciled in for Nov. 7.

Oct. 27: First Round vs. Otter Valley

The Yellow Jackets defeated the Otters 4-1 in the opening round of the D2 playoffs, extending their winning streak to seven-straight games and putting Milton’s overall record on the year at 7-2. Tuesday marked the most goals MHS has scored in a game this season.

Milton now awaits the result of Wednesday’s tilt between No. 3 U-32 and No. 14 Mount Abraham to see if the Yellow Jackets are on the road for a Saturday quarterfinal or if they will be hosting that day.

The Yellow Jackets fell 4-0 in the quarters to the hosting Raiders, the No. 3 seed in the D2 playoffs, to end the year with a final record of 7-3.

Despite going 2-7 in the regular season, Milton was given the random, predetermined No. 6 seed in VIFL’s 10-team Burlington area tournament. The Yellow Jackets will visit third-seeded Burlington/South Burlington for a 7 p.m. Friday quarterfinal. MHS lost 34-18 during an Oct. 9 meeting between the two sides.

The semifinal games will be held when possible between Nov. 2-4 with the championship taking place either Nov. 6 or 7.

The Yellow Jackets' season came to an end as the hosting SeaWolves claimed a 63-26 victory in the quarterfinals.

Oct. 21: First Round at Springfield

Milton’s season came to an end Wednesday with a tough 2-0 defeat in the opening round of the Division 3 postseason tournament.