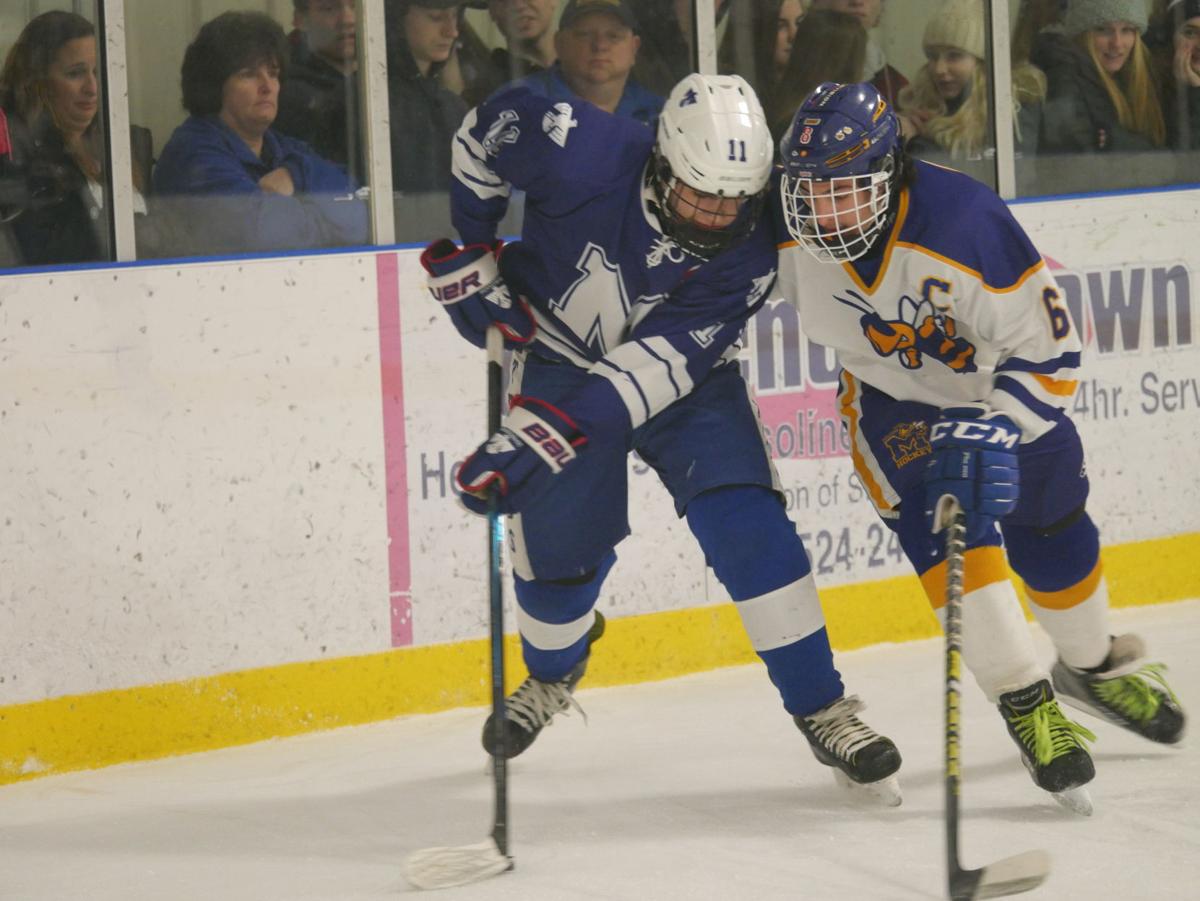 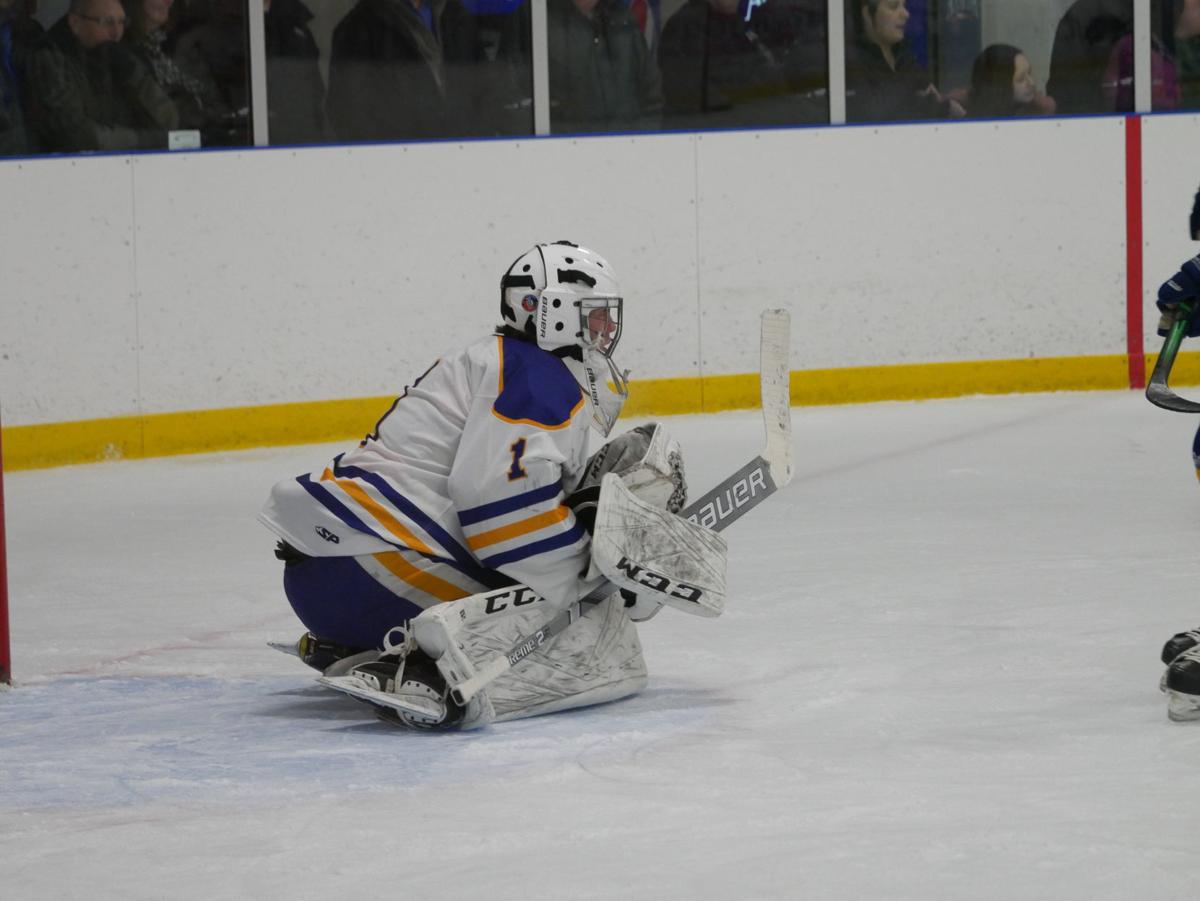 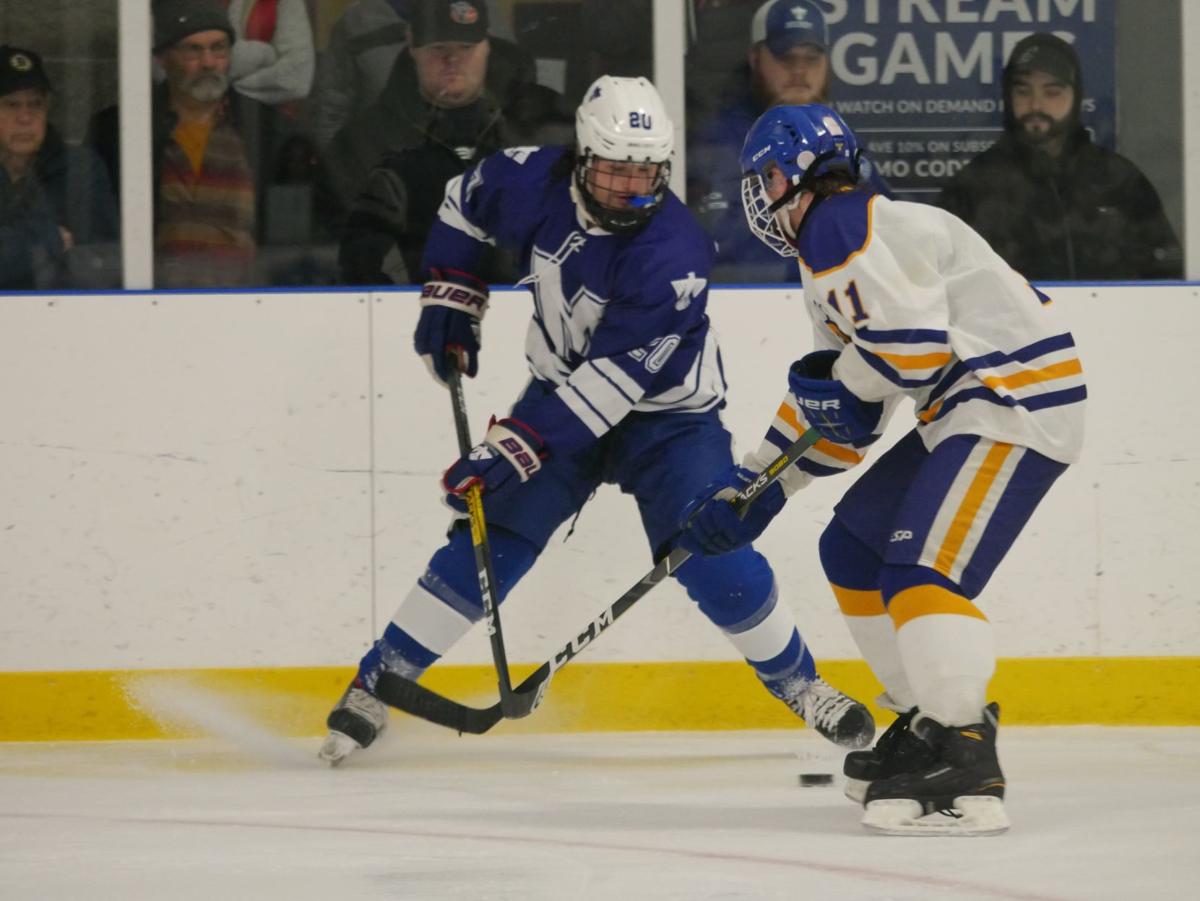 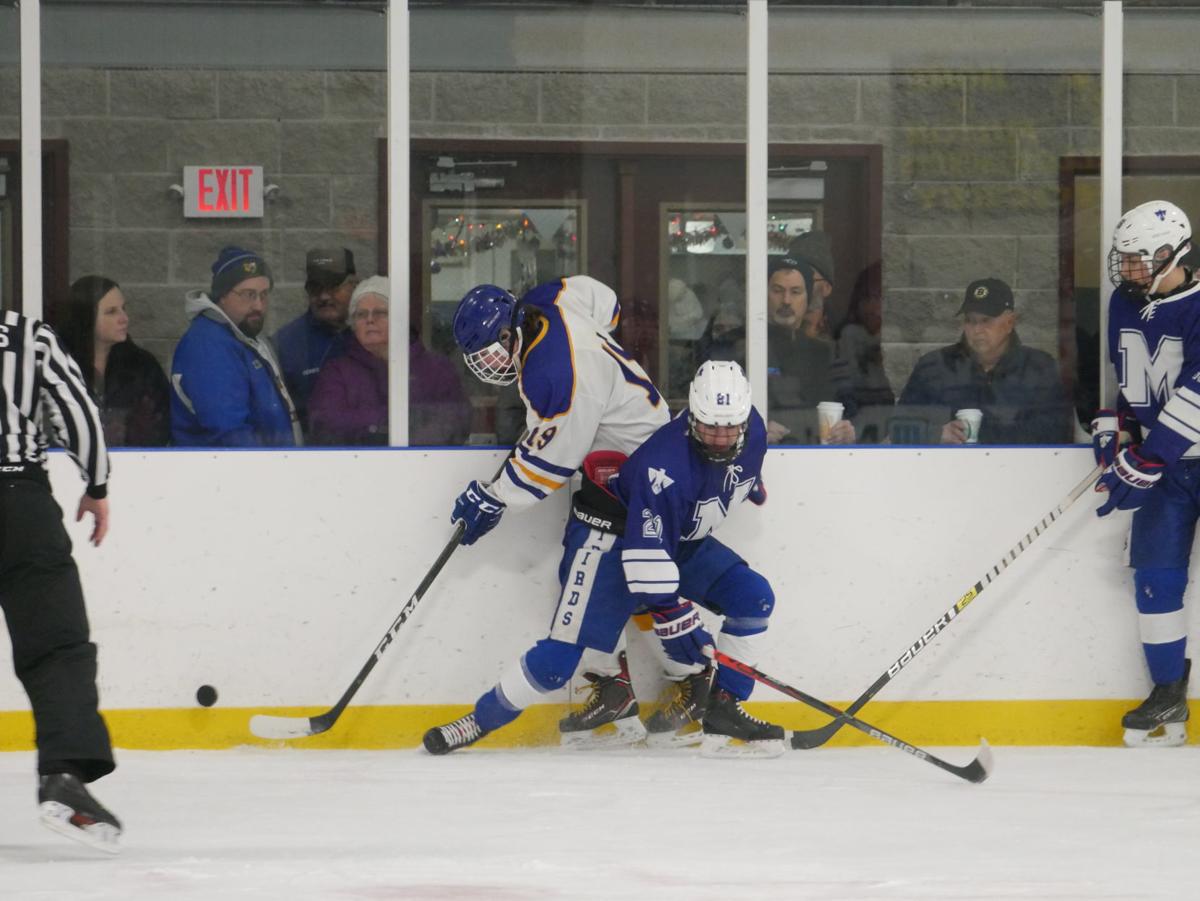 Milton junior Zachariah Kay (#11, left) fights through a check along the boards.

Milton junior Zachariah Kay (#11, left) fights through a check along the boards.

SWANTON — When a team finds itself struggling to score goals, the last guy they want to face is Milton’s Jackson Ehler. Such was the case last Wednesday night as the Yellow Jackets edged the Thunderbirds 2-1 behind Ehler’s 43 save performance.

“Who wouldn’t want Jackson in net?” Stated Milton coach Bryant Perry. “I don’t know of a better goalie. He was injured and was cleared to play yesterday. Turned in an outstanding performance tonight.”

The whole game was mostly Missisquoi attacking and Milton defending. When the Yellow Jackets did have a chance, they cashed in .

Midway through the first period, there was a faceoff in the Thunderbird end. On a bang-bang play, center Brandon Mitchell cleanly won the faceoff and drew the puck behind him to Dustin Brunelle who wristed a shot over goalie PJ Bouchard’s shoulder into the far corner for the 1-0 lead. That was the only good chance to score for either team in the period.

“We knew we weren’t going to beat him on the first shot,” explained MVU coach Chris Hatin. “We tried the low shots in hopes of some rebounds and to get him moving.He’s one heck of a goalie. In the second period there were several bounces that did go his way.”

A point shot that was high on Ehler resulted in one of the few rebounds he gave up. Most of the shots that hit him were like shooting into a pillow. In this case, Issac Overton’s shot bounced out front where Hunter Mason and Corbin Schreindorfer each had whacks but nothing went in.

As the game went on, Thunderbird defenseman Kyle Gilbert began to rush the puck a little more and create some offense. It paid off with three minutes left in the game. The captain rushed the puck from his own end and after deeking most of the Milton team, scored to knot the score at one.

Gilbert was the best player on the ice for MVU.

“He simplified his game tonight,” added Hatin. “Sometimes he tries to do too much and gets trapped in their zone. This game he rushed when he had a good chance and got back in position.”

With the game headed for overtime, a loose puck was picked up by Owen Perry at the Thunderbird blue line and he was off to the races with Nick Desouza on a 2-on-1. The execution was perfect as Perry passed over to Desouza and his shot went just under the crossbar for the winning goal with 34 seconds left.

“We’ve had trouble putting the puck in the net, that’s Milton’s MO,” commented Perry. “Nick was due and we made the most of our chances. They dominated us pretty good. With this win we’re solidly in fourth place (11-4-1) with four games left.”

Outshooting a team 43-19, one would ask, “What do you have to do to win?” Hatin’s reply was, “I’m completely satisfied with everything we did. We won on the ice, just not the scoreboard. We changed up the lines and rolled three all game. Our forecheck and backcheck were on point. We had 43 shots and had a complete team effort, something I feel we didn’t have in our last two games.”

The loss drops MVU to 7-8-1 and the Thunderbirds look to find their offense at Burlington on Saturday.