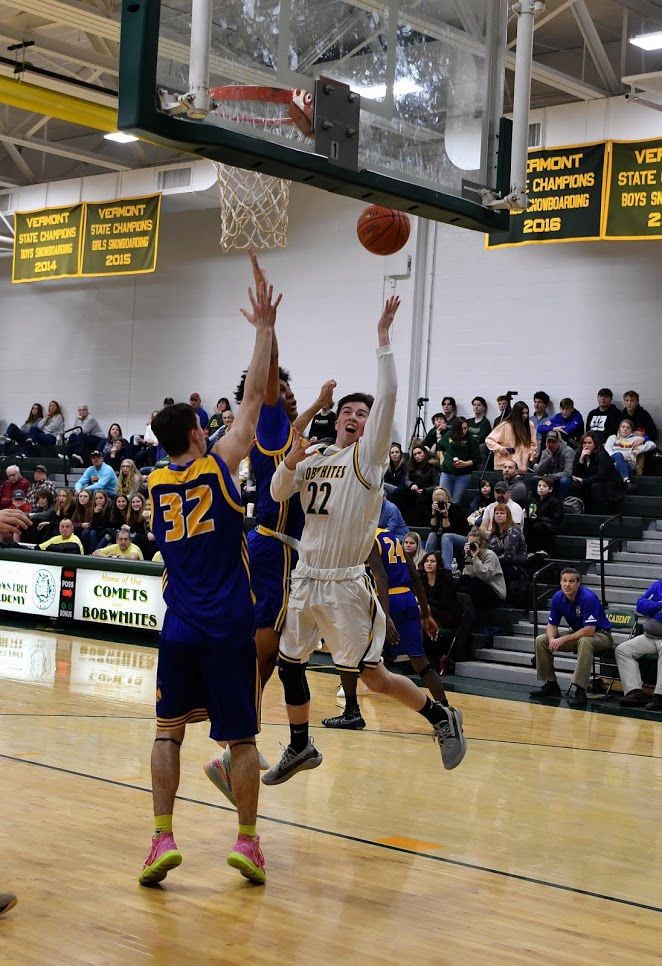 BFA’s Ben Archambault finished a layup in the second half on Saturday afternoon. 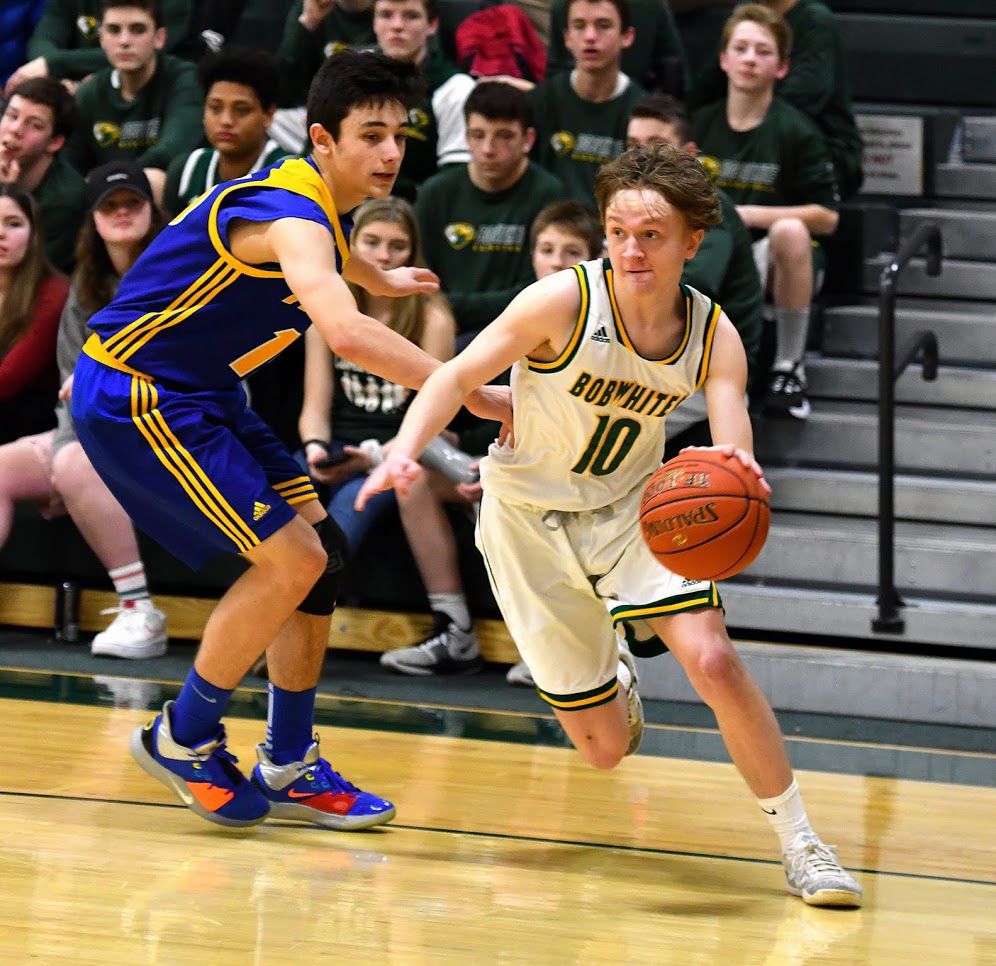 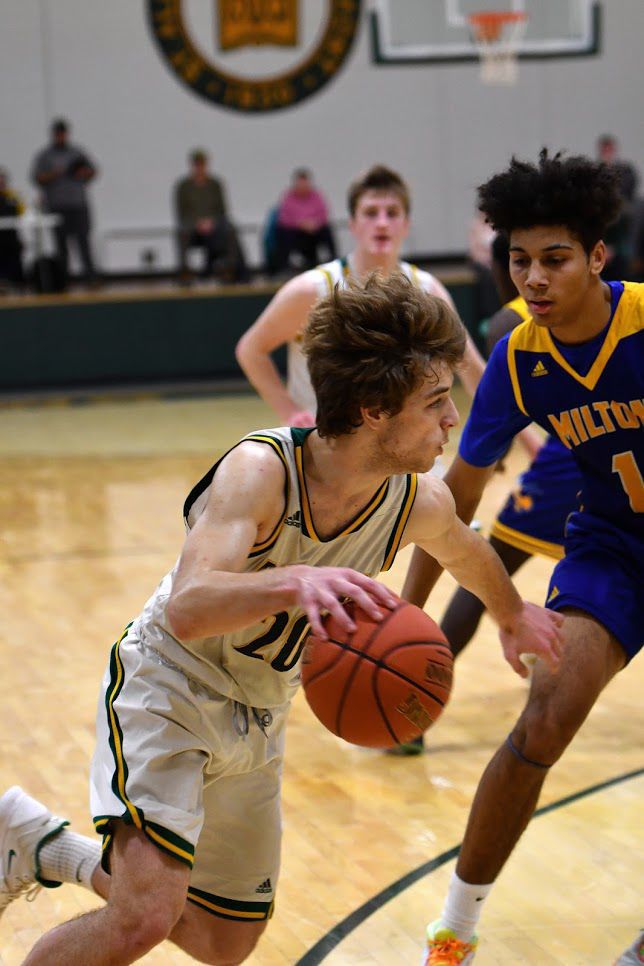 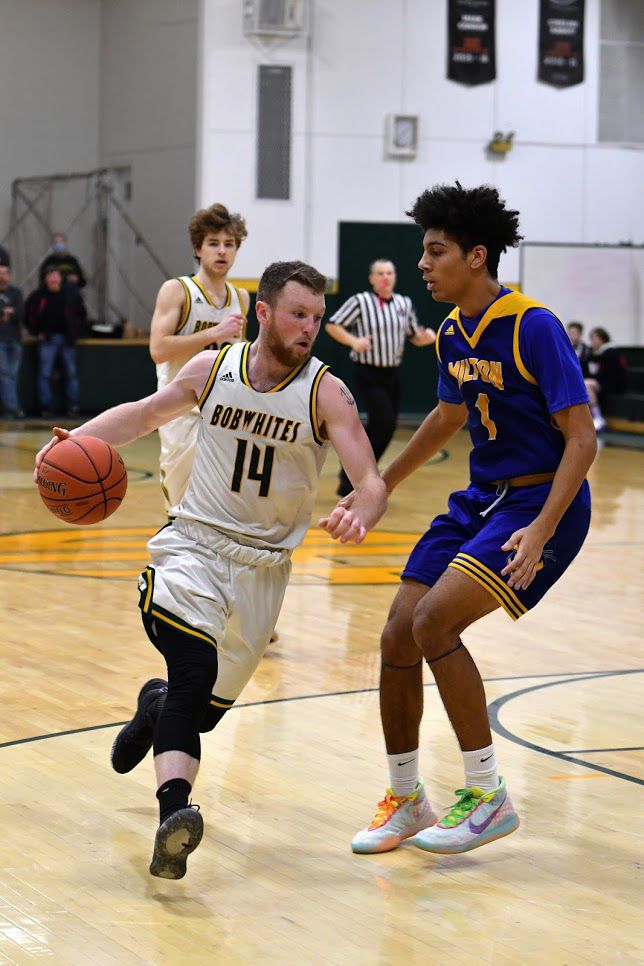 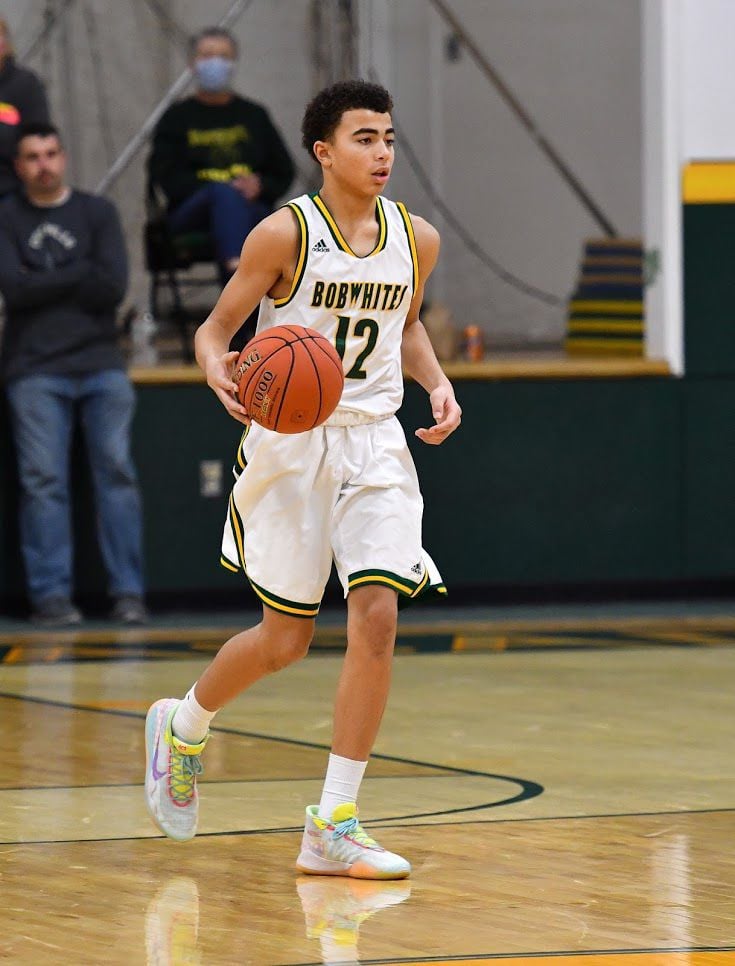 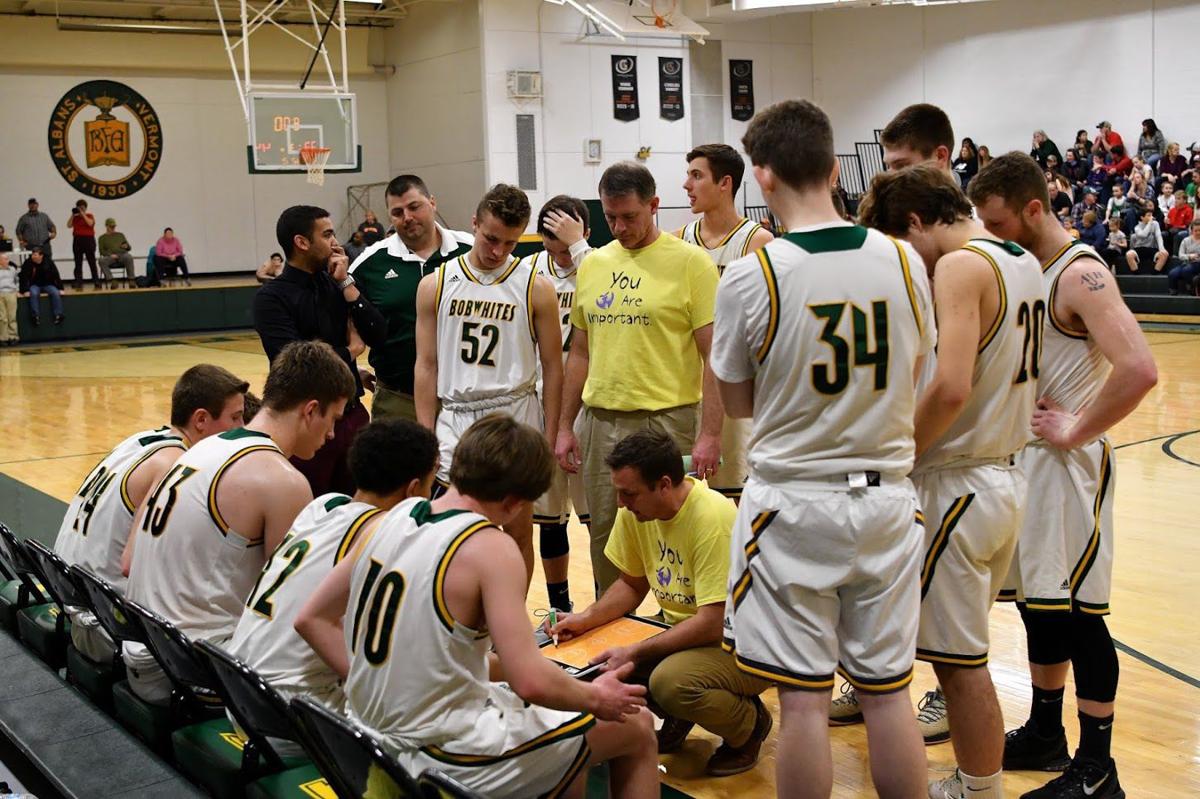 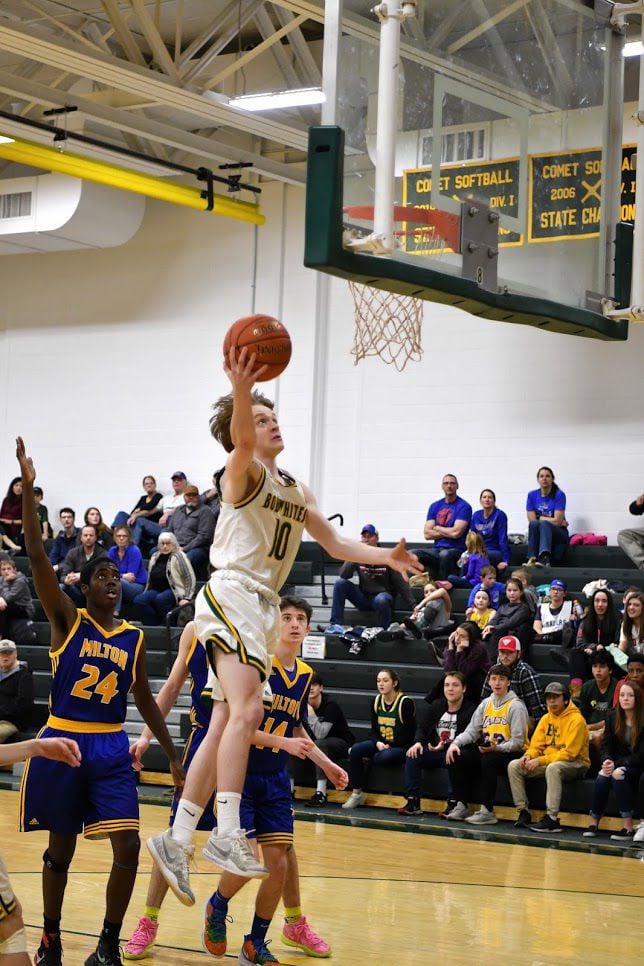 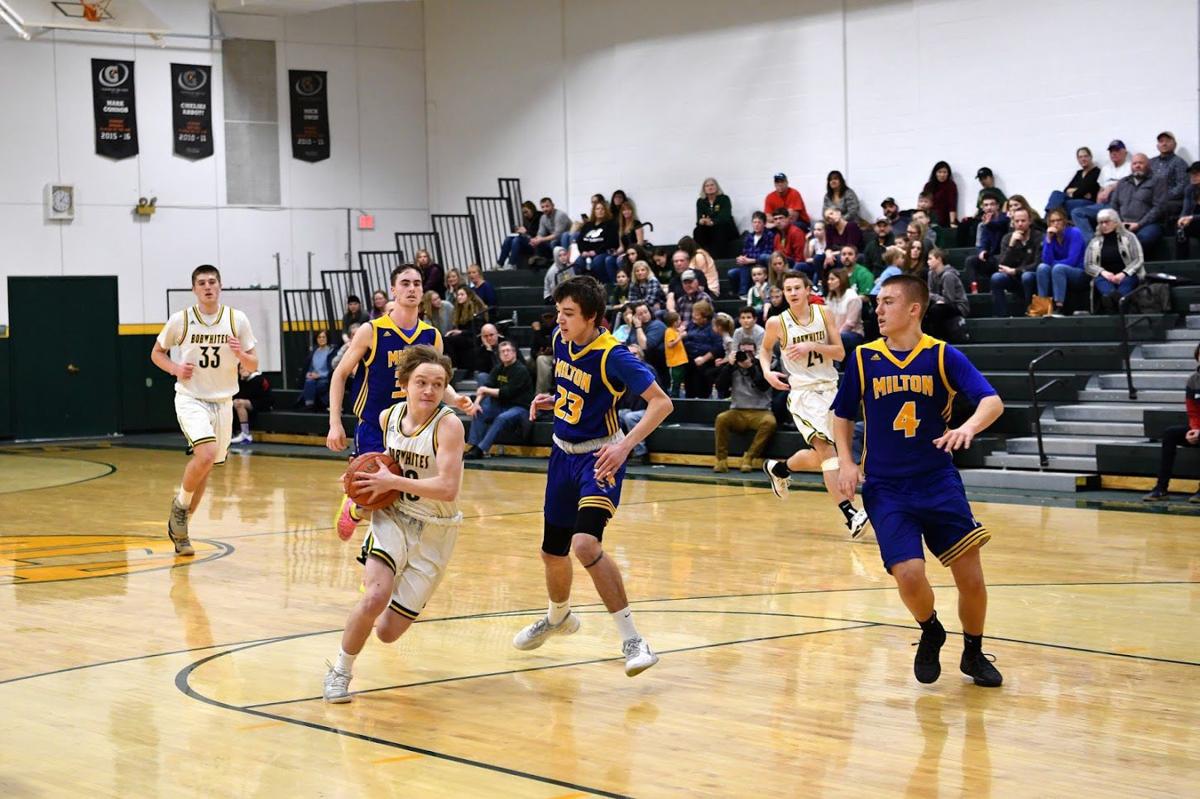 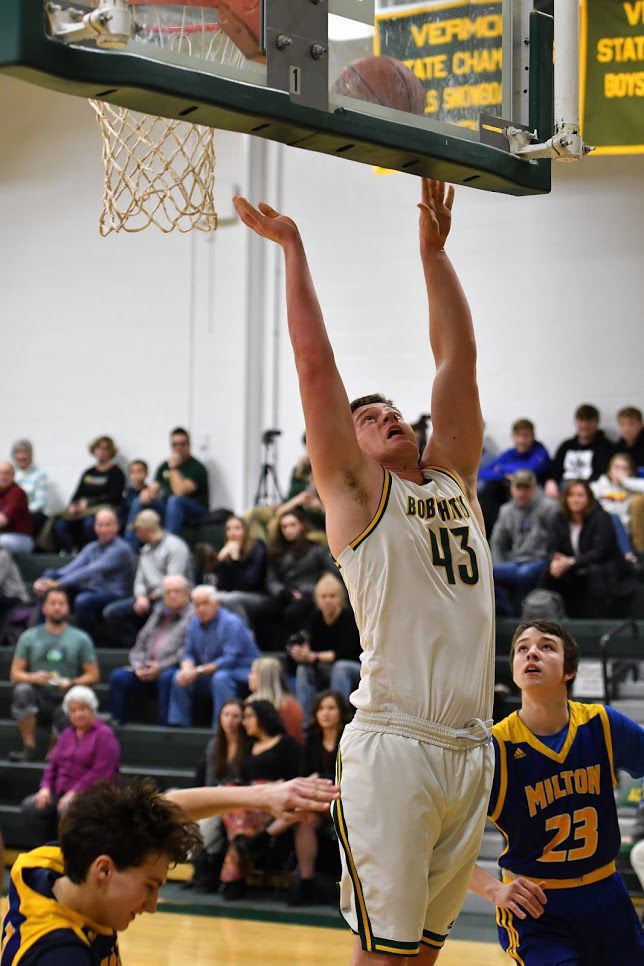 BFA’s Ben Archambault finished a layup in the second half on Saturday afternoon.

After the first quarter of play on Saturday, Jan. 25, it seemed like the BFA-St. Albans and Milton boys basketball teams were going to grind out a close game.

In the second quarter, the Yellowjackets started to get on a bit of a roll and pulled away from the Bobwhites. Although they never completely ran away with the game, the Yellow jackets did enough throughout the second half to keep the Bobwhites at arms-length on their way to a 59-45 victory.

After the first eight minutes, the two teams were knotted up at 7-7. The Yellowjackets continued to play stingy defense, as they outscored the Bobwhites 17-10 in the second quarter to start to pull away.

BFA started to inch back into the game shrinking the deficit to as much as five early in the third quarter, but back-to-back 3-pointers by Colin Mathis (12 points) and Kyle Brown (22 points) broke the game back open to give Milton a double-digit lead.

Hunter Livingston gave BFA a bit of a spark toward the end of the third quarter scoring seven straight points for the Bobwhites to get the team back within nine.

BFA got the score back to within six early in the fourth after a basket from Taylor Yates (11 points), but couldn’t find the run it needed to get any closer. Milton capitalized on its 33 free-throw attempts in the second half turning them into 18 points.

Milton improved to 8-3 on the year and hosted Mt. Abraham on Tuesday.