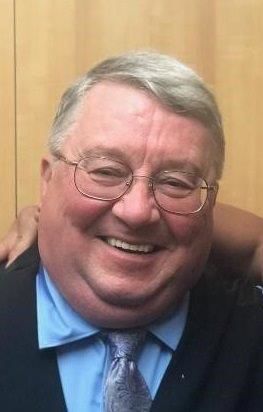 At a young age, Vic worked his way up the Boy’s Scout ranks to earn his Eagle Scout designation.

Vic proudly served in the US Airforce during the Vietnam conflict.

He received his Associates Degree in Civil Engineering from Greenfield Community College.

Victor owned and operated VMG Environmental Services for many years. He loved to fish and hunt and enjoyed driving bus for Smugglers Notch and Mountain Transit.

In addition to his wife Beverly Giard of Milton, Vic is survived by his daughters Heather Giard of Laytonville, Calif., Wendy Sengaloun and her husband Syla of Hinsdale, N.H., Christina Slade and her husband Eric of Guilford, Vt., and Kim Robare and her fiancé Adam of Milton, his grandchildren Dane, Devon, Connor and Chloe, his brother Gene Giard and his wife Katrina of Essex Jct., his nephews Nicolas and Steven Giard, his best friend David Mead and the Sengaloun Family of Hinsdale, N.H.

A Celebration of Victor’s life will be held on Sunday, January 5, 2020 from noon to 3 p.m. with a service held at 3 p.m., officiated by Jared Willey, in the Minor Funeral Home in Milton. A celebration of life will also be held in Brattleboro, Vt. on January 11, 2020 at the Eagle’s Club located at 54 Chickering Drive, with a Buddhist ceremony from 10 a.m. to noon followed by a celebration until 4 p.m.

For those who wish, online condolences may be made to www.minorfh.com