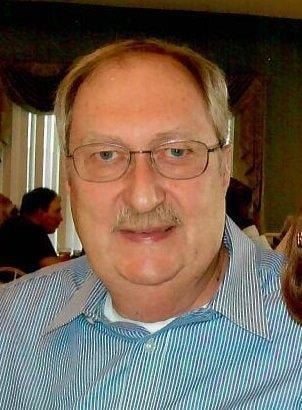 Ron was born on September 1, 1947 in Barre the son of Eugene and Lillian (Ferland) Gaboriault.

He graduated from Spaulding High School in 1965 and enlisted in the Army National Guard.

He had worked in Quality Assurance at GE, IBM and Superior Technical Ceramics.

Ron enjoyed watching football, especially the Rams. He also liked playing cards and spending time with his grandchildren. Most importantly, he enjoyed planning and completing home projects with Dianne.

Surviving are his children Thomas Farrington II and his wife Theresa of Jefferson, GA, Paul Gaboriault and his wife Amy of So. Burlington, VT, Laurie Vinik and her husband Michael of Tampa, FL and Michelle Jollie and her husband Tracy of Georgia, VT, by his grandchildren Matthew, Thomas III, Nathan, Molly, Joshua, Noah, Kate, Rachel, Jordan and Emily and by 6 great grandchildren. He is also survived by his siblings Roger (Monica) Gaboriault of Colchester, Denis Gaboriault of Graniteville, Lorraine Gaboriault of Bradford, Linda (Patrick) Walters of CO, and Sylvia (Joe Dauscher) Gaboriault of East Barre and by several nieces and nephews.

Ron was predeceased by his parents and his beloved wife.

A Mass of Christian Burial will be celebrated on Thursday, January 9, 2020 at 10 a.m. at Our Lady of Grace Catholic Church in Colchester. At Ron’s request, there will be no visiting hours. Interment will be in the spring.

Online condolences may be made to www.minorfh.com