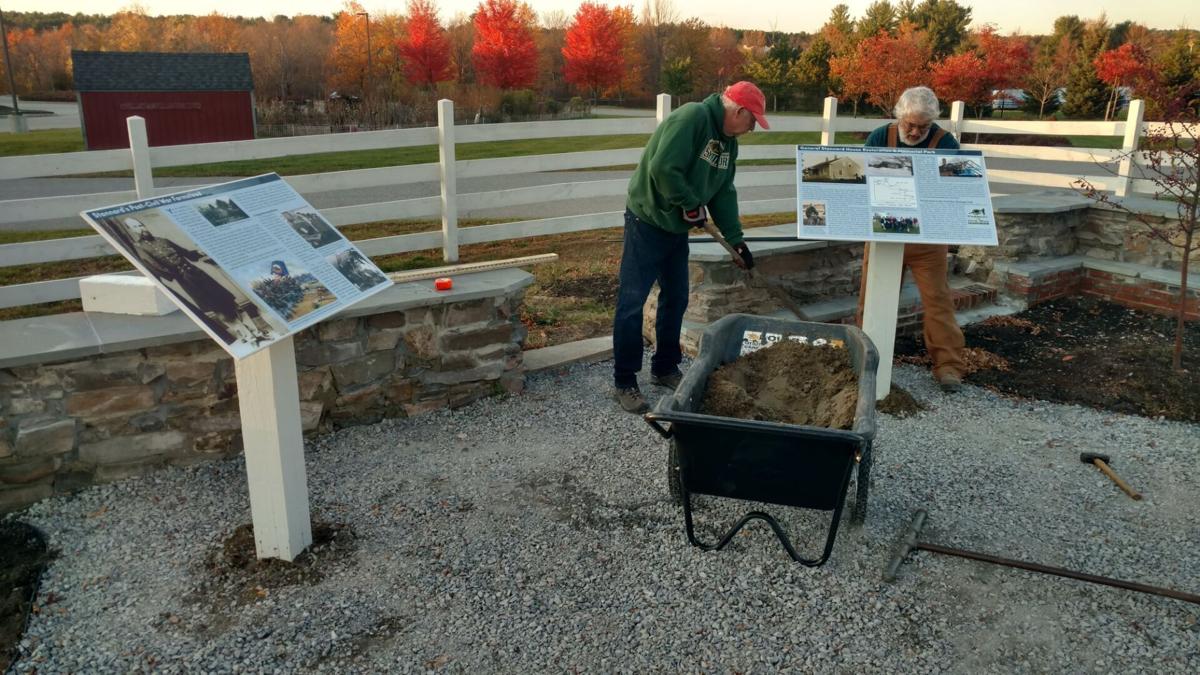 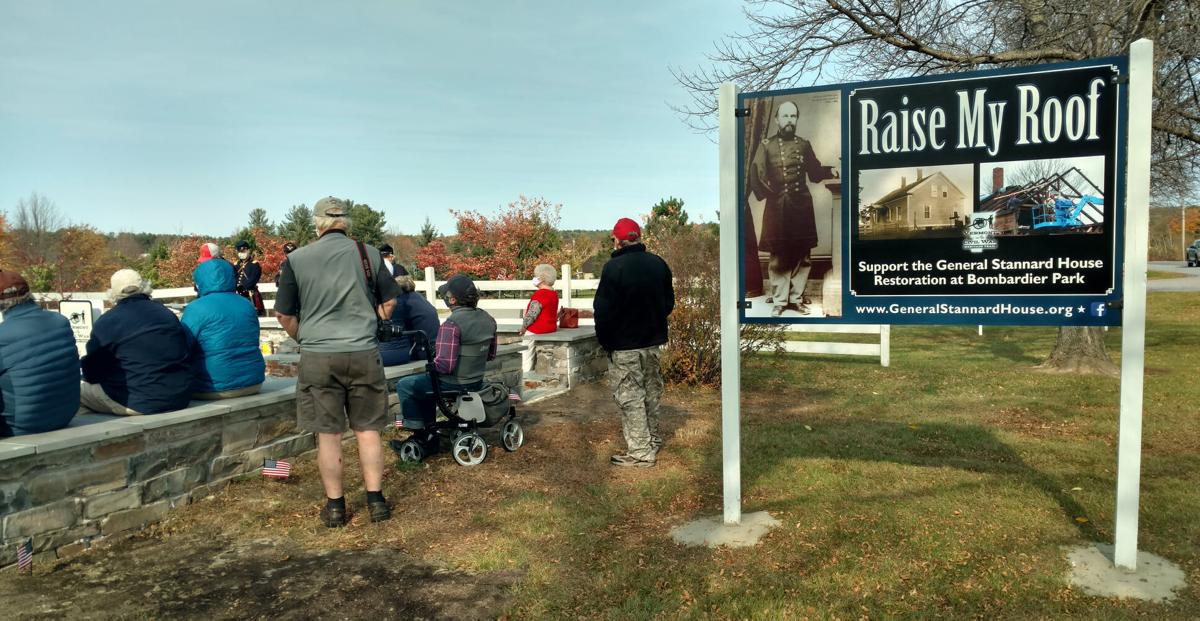 {p dir=”ltr”}Community members joined the committee and town officials for an official dedication Oct. 18, in honor of General Stannard’s 200th birthday. The committee is also working to restore and relocate Stannard’s house, which will be reconstructed in Bombardier Park as soon as enough money is raised.{/p} 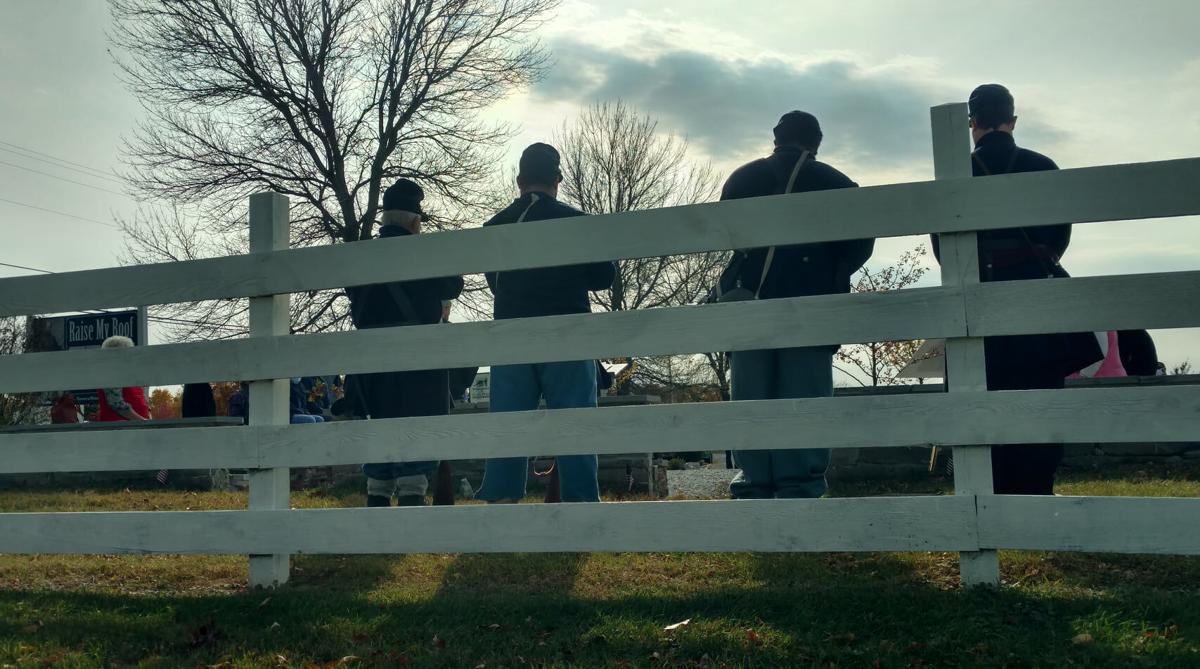 Reenacting members of the Sons of Union Veterans of the Civil War were present at the dedication Oct. 18. 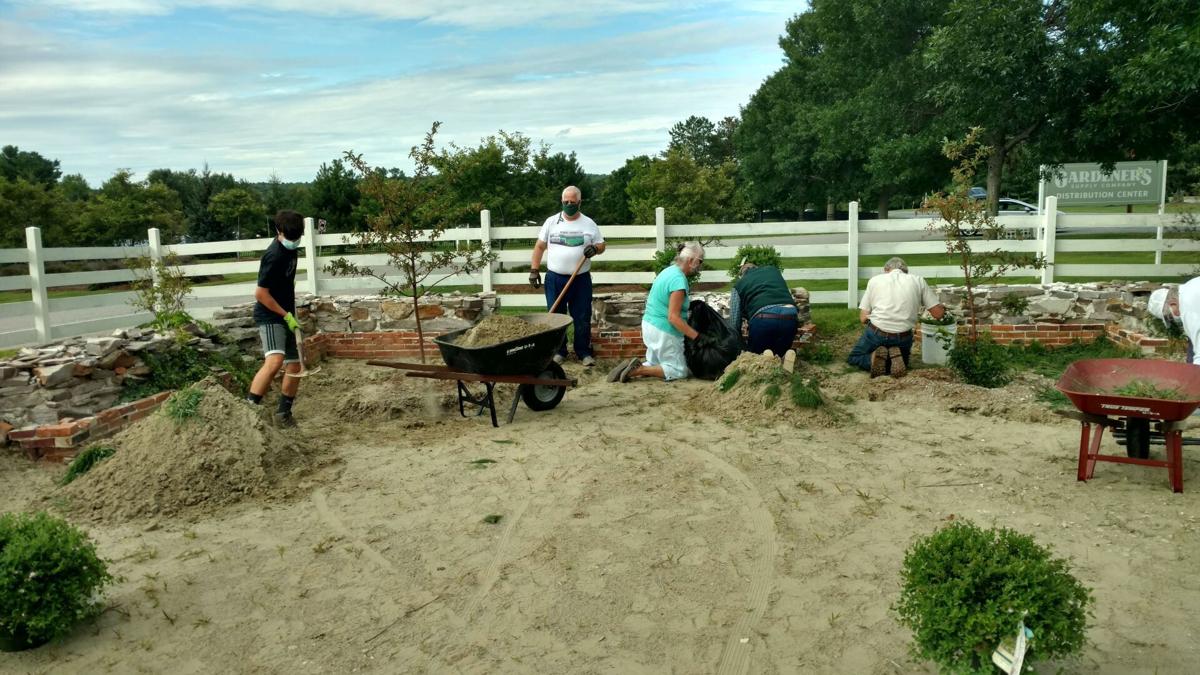 Volunteers and members of the General Stannard House Committee work on planting the park’s trees in late August.

The long-awaited General Stannard Memorial Park opened Sunday off of U.S. Route 7 in Milton. Visitors to the park will find new walkways, stone walls, greenery and interpretive signs that explain the park’s history.

The park is part of an ongoing restoration project by the General Stannard House Committee, which works to preserve the legacy of General George Jerrison Stannard, a Civil War veteran, in Milton.

Bill Kaigle, co-chair of the General Stannard House Committee and president of the Milton Historical Society, said Memorial Park is significant because it was once the home and farm of Stannard, a hero who helped lead the Union Army to victory at the Battle of Gettysburg in 1863.

Stannard was born in 1820 in Georgia, Vermont. He owned a brick foundry in St. Albans before becoming the first Vermonter to volunteer to fight in the Civil War. Stannard was injured several times, and lost his right arm during a skirmish at Fort Harrison.

When Stannard returned to Vermont after the war, he settled in Milton, where he built a barn and a home that could accommodate his injury. He lived on the site until 1872.

“There was courage in every step he took,” Kaigle said. “He was as tough as they come.”

The pandemic delayed the construction of Memorial Park by a few months, but renovations finally began in August. The house’s foundation was filled in, and a new access road of the Gardener’s Supply Distribution Center driveway was built.

Committee meetings were turned into work sessions, Kaigle said. This year, about 10 to 15 Milton residents volunteered their time to design and build the space.

While community donations paid for the materials needed to build the new stone walls, Everett Ridley of Ridley Tile and Stonework in Milton volunteered his time to complete the project.

“He was enthusiastic and very creative,” Kaigle said. “The way he blended what we could keep from the old and make it useful and attractive with the new just exceeded all of our expectations.”

Howard Coffin, a Vermont Civil War author, gave a presentation and members of the Sons of Union Veterans of the Civil War were present.

The General Stannard House Committee had planned other events to commemorate the General’s biennial year, but they were either cancelled or postponed due to the pandemic, Kaigle said.

For years, the committee has also been working on restoring and relocating Stannard’s house, which was disassembled in 2019 by Building Heritage, a restoration company based in Huntington, and moved temporarily to the Bombardier Barn.

While the committee had hoped to open the house at the same time as the park, it is still far away from meeting its fundraising goal, Kaigle said.

When enough money is raised, Stannard’s house will be reconstructed in Bombardier Park for the public to enjoy.

General Stannard Memorial Park is now a stop on the Vermont in the Civil War Heritage Trail. The trail follows Route 7 from Bennington to Swanton and highlights notable Civil War sites in the state.

Where is the park?

Follow the signs and look for it across from the  Gardener's Supply parking lot.