You are the owner of this article.
Edit Article Add New Article
Home
News
Sports
Classifieds
Obituaries
Editorial
Business Directory
Things to Do
About Us
e-Edition
NEWSLETTERS
Share This

Vermont has joined a coalition of 19 other states and the District of Columbia in challenging a Trump Administration rule change that could make it easier to find blueprints for 3D-printable firearms online.

Firearms produced through 3D printers are unregistered and difficult to detect, according to the suing attorneys general, leading law enforcement officials to often refer to 3D-printed firearms as “ghost guns.”

According to the suit, a rule change proposed by the Trump Administration would transfer regulation of 3D-printed firearms from the Dept. of State, where their status as exports allows for stricter federal regulation, to the Dept. of Commerce, effectively relaxing regulations that previously prevented blueprints from appearing online for free.

They also argue the Dept. of Commerce lacks the authority to properly regulate 3D-printed firearms.

Proponents of deregulating 3D-printed firearms argue they have a Constitutional right to do so, and the Trump Administration maintains that transferring oversight to the Dept. of Commerce would decrease regulatory burdens on gun manufacturers.

A previous attempt by the Trump Administration to deregulate access to 3D firearm blueprints was effectively halted in court by a multistate suit brought by another coalition of attorneys general including Donovan.

“3D-printed guns present significant risks to public safety,” Donovan said in a statement. “We have already fought this battle and won, and we will keep fighting.” 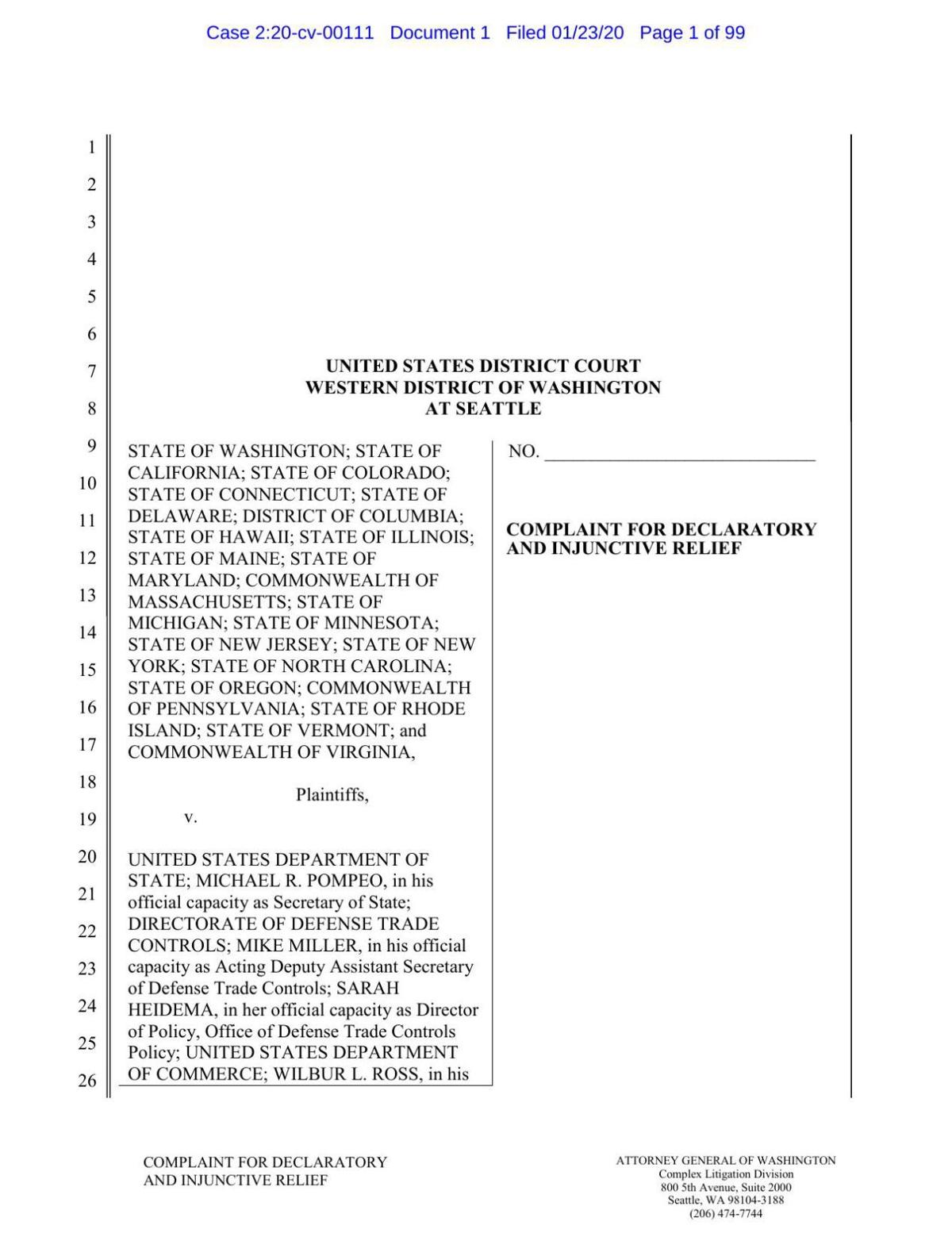