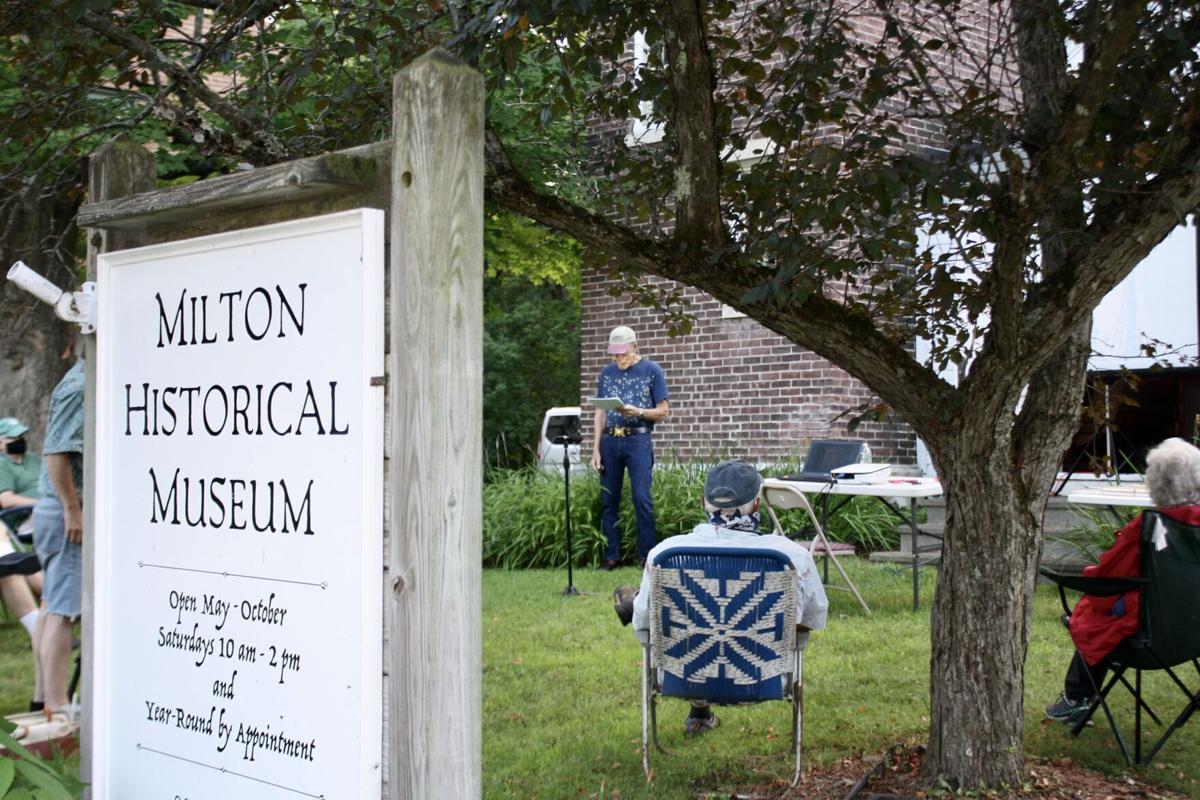 Local author Bill Mares presents his talk “Bees Besieged: A History of Beekeeping,” to an intimate group of 13 listeners Aug. 5 on the front lawn of the Milton Historical Society. The program was sponsored by the Vermont Humanities through its Speakers Bureau program. 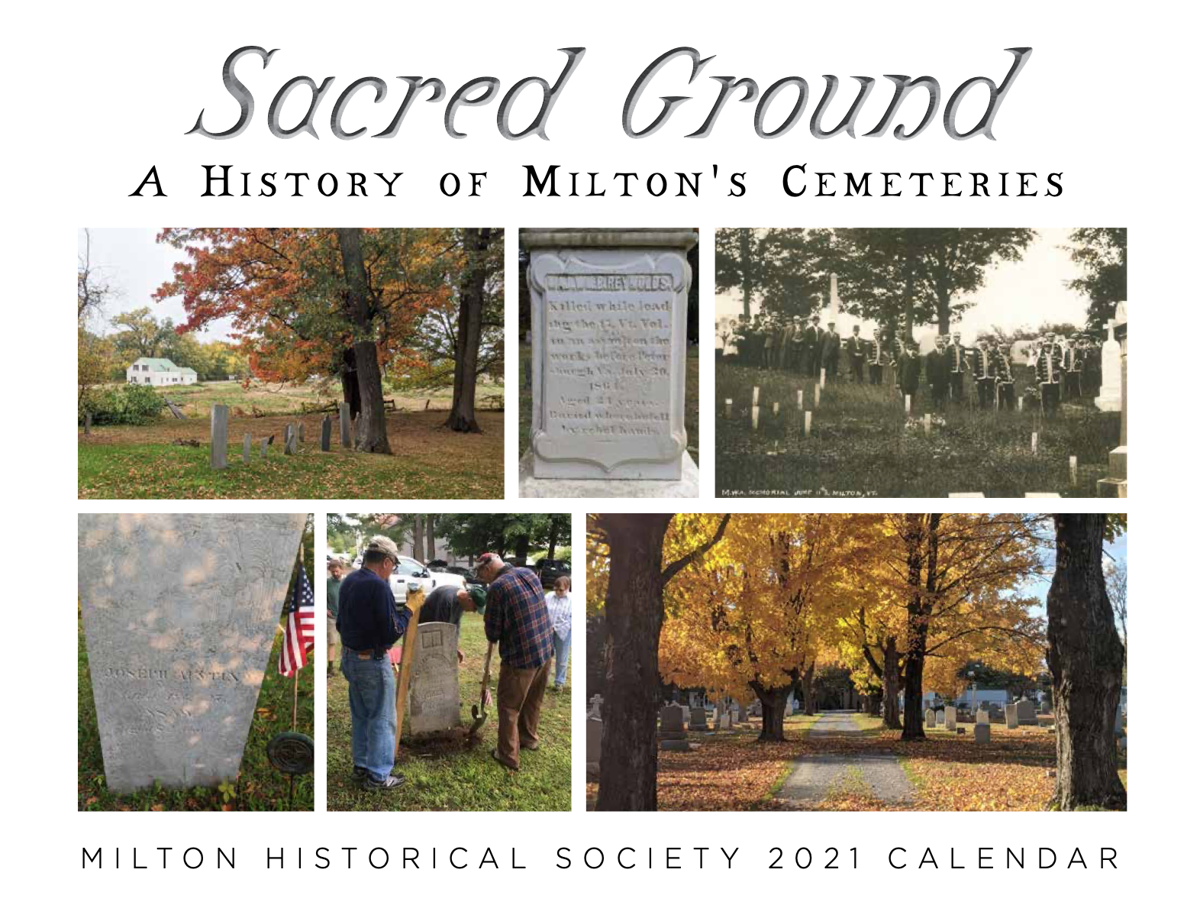 The theme for the Milton Historical Society's 2021 calendar is Milton's cemeteries.

MILTON — Though the Milton Historical Museum has been closed in recent months due to the COVID-19 pandemic, the Historical Society has been anything but inactive.

As was shared during its annual meeting on April 7, the Society is undergoing a transformation process led by a ten-member Milton Historical Museum Reimagining Committee.

The committee was formed late last winter, Society President Bill Kaigle said, to discuss the future of the museum, which has been a staple in the Milton community for decades.

“We realized the museum isn’t what it should be,” Kaigle said during the annual meeting.

The committee, which has been meeting sporadically due to the pandemic, is working to design museum space and programming that increases engagement with the community, attracts more visitors and promotes the work of the Historical Society.

Maynard, St. Amand and Aurei are all students at Milton High School. They helped the committee clear out and re-paint the museum’s lobby and are creating a short video for the space that introduces the Milton Historical Society and Museum to visitors.

The committee has already determined many goals for the museum and is working to ensure they become reality.

Update and reorganize the museum

The museum, located inside the former Trinity Episcopal Church on School Street, needs to become more user-friendly, Society Vice President Rick Stowell said. The building, which was built in 1891, is also in need of several updates and repairs.

While the committee has done some work on the building, including painting the basement and lobby and reorganizing many of the rooms, more work is still needed. Most importantly, perhaps, is that the building’s plaster needs to be replaced.

Even though the Town of Milton owns the building, there is some confusion about who is responsible for maintaining it.

Kaigle said he thought an agreement had been made that the Historical Society would maintain the interior, while the Town maintains the exterior, but to those present at the annual meeting, this was unclear.

Kaigle and Stowell are working with Town Manager Don Turner and Director of Buildings and Grounds John Bartlett on possible maintenance plans to bring before the Selectboard later this year.

After surveying students and community members about what topics they’d like to see covered in museum exhibits, the Reimagining Committee came up with five ideas.

Gary Furlong, a Historical Society Board member, said the committee has begun researching the exhibit topics and discussing how the exhibits will be displayed.

“When you’re creating any exhibit, you have to think about what story you want to tell,” he said.

All of these reimagining projects will only be possible through monetary donations from the community, Kaigle said.

The Historical Society is currently fundraising through its annual calendar sale. The theme for 2021 is Milton’s cemeteries, with each month featuring photos and historical information about one of the town’s 11 cemeteries.

The Society’s first printing of 100 calendars sold out earlier this year, Stowell said. In February, the Society printed 25 more. About a dozen remain to be sold.

The full-color calendars are $12 each or $20 for two. Proceeds benefit the Milton Historical Society and Friends of the Milton Cemeteries, who maintain, restore and improve the town’s cemeteries.

At the Society’s meeting on April 7, Stowell announced the Society would be writing at $400 check to Friends of the Milton Cemeteries.