You are the owner of this article.
Edit Article Add New Article
Home
News
Sports
Classifieds
Obituaries
Editorial
Business Directory
Things to Do
About Us
e-Edition
NEWSLETTERS
Share This
1 of 5 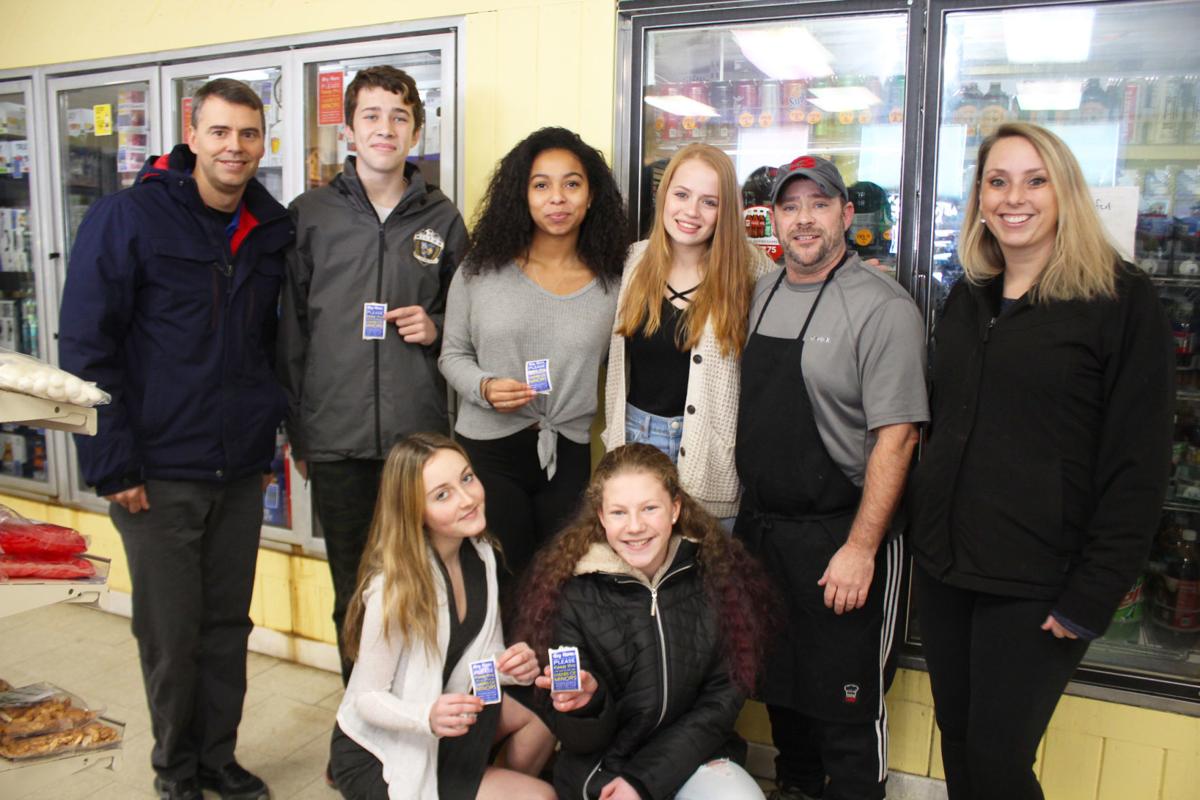 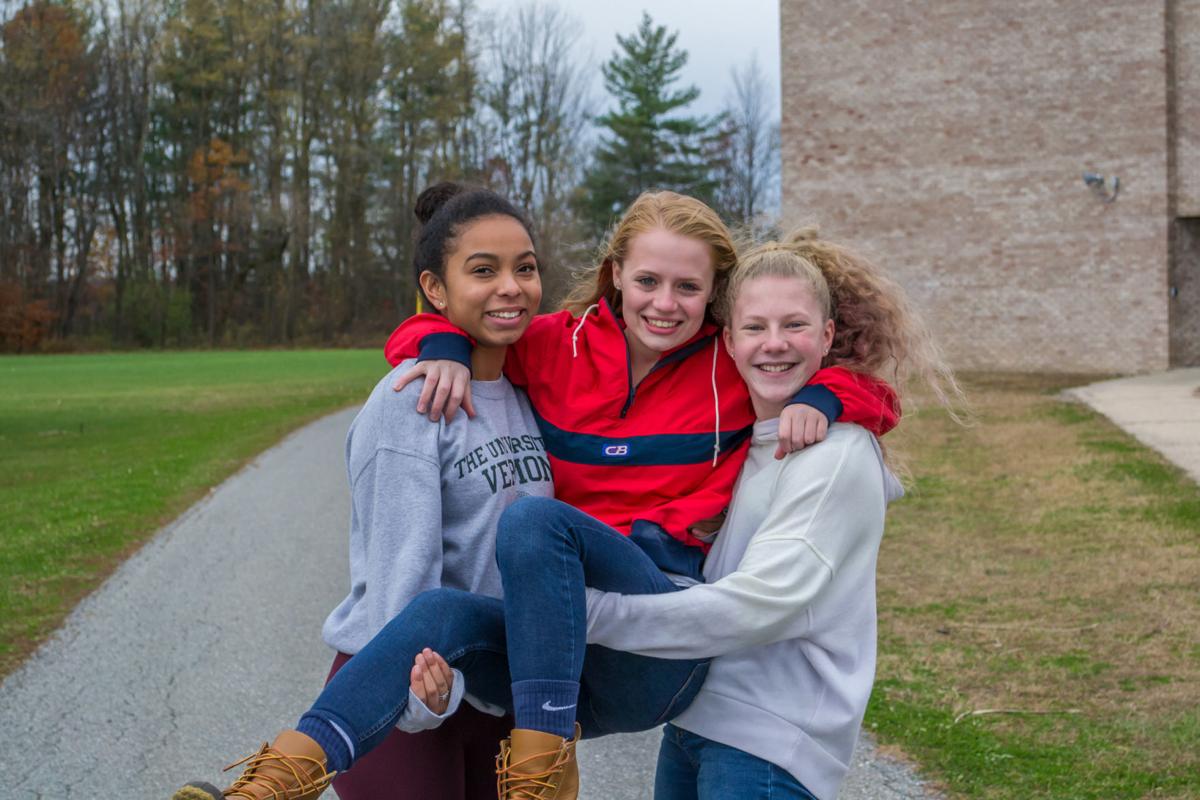 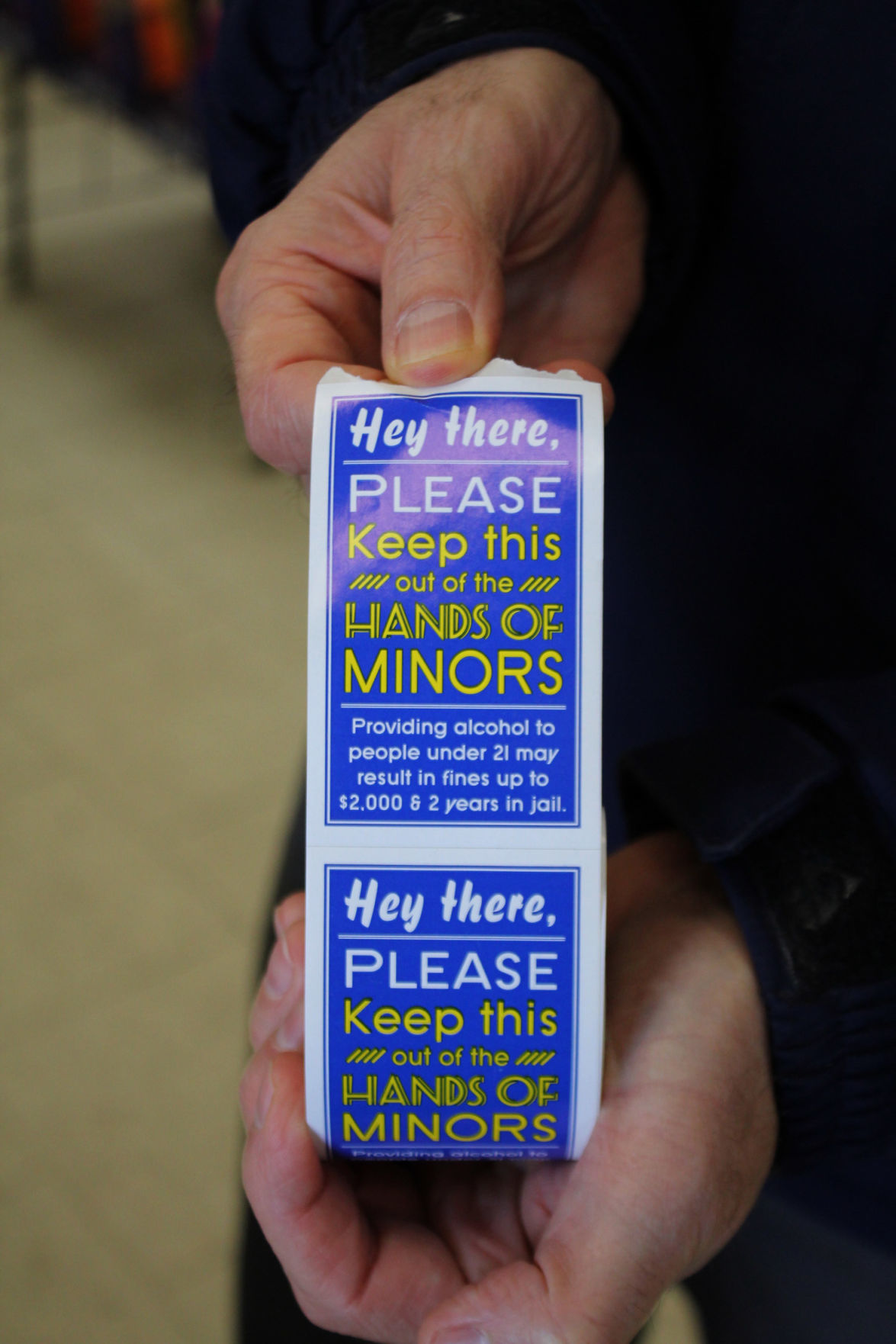 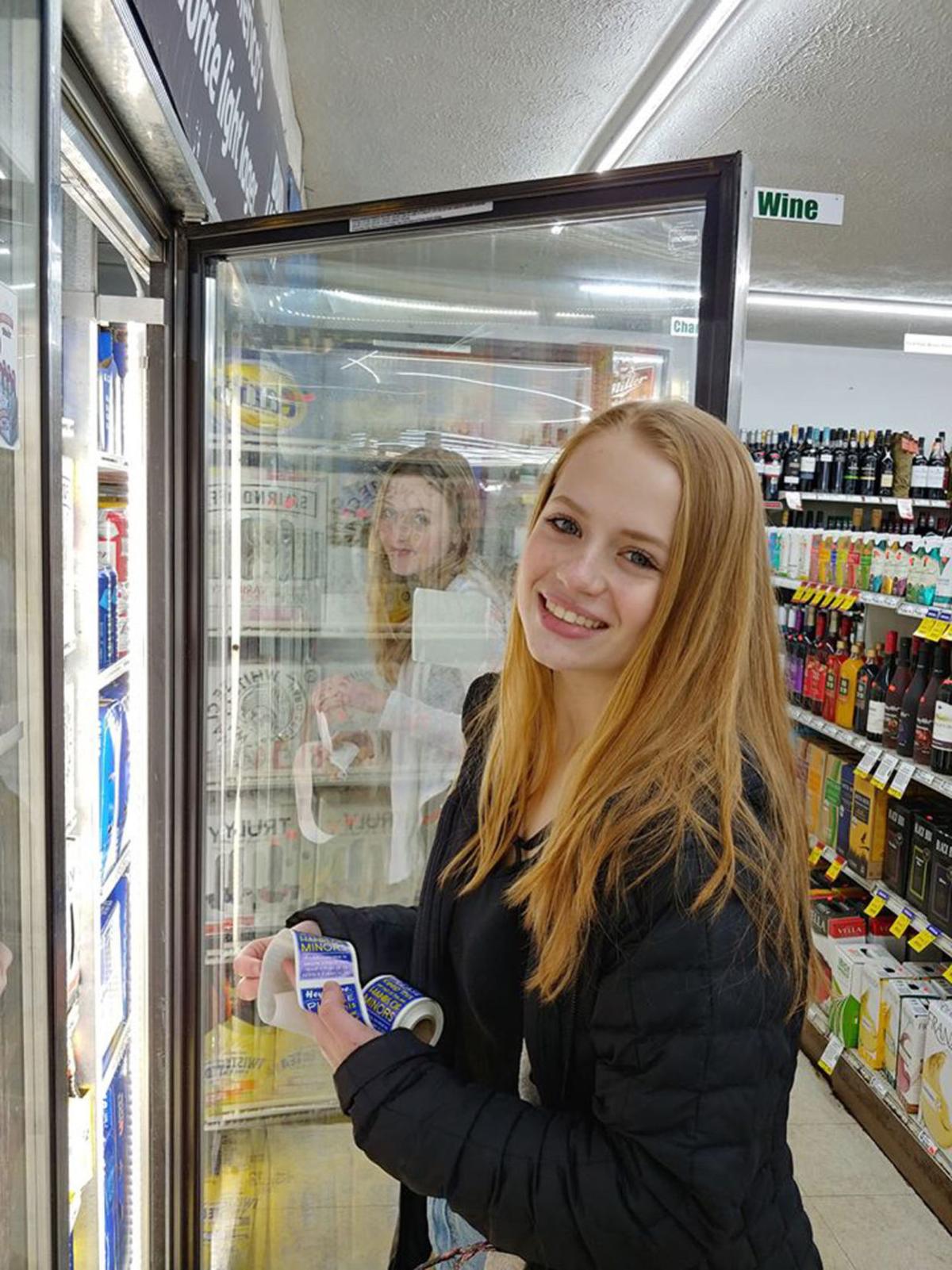 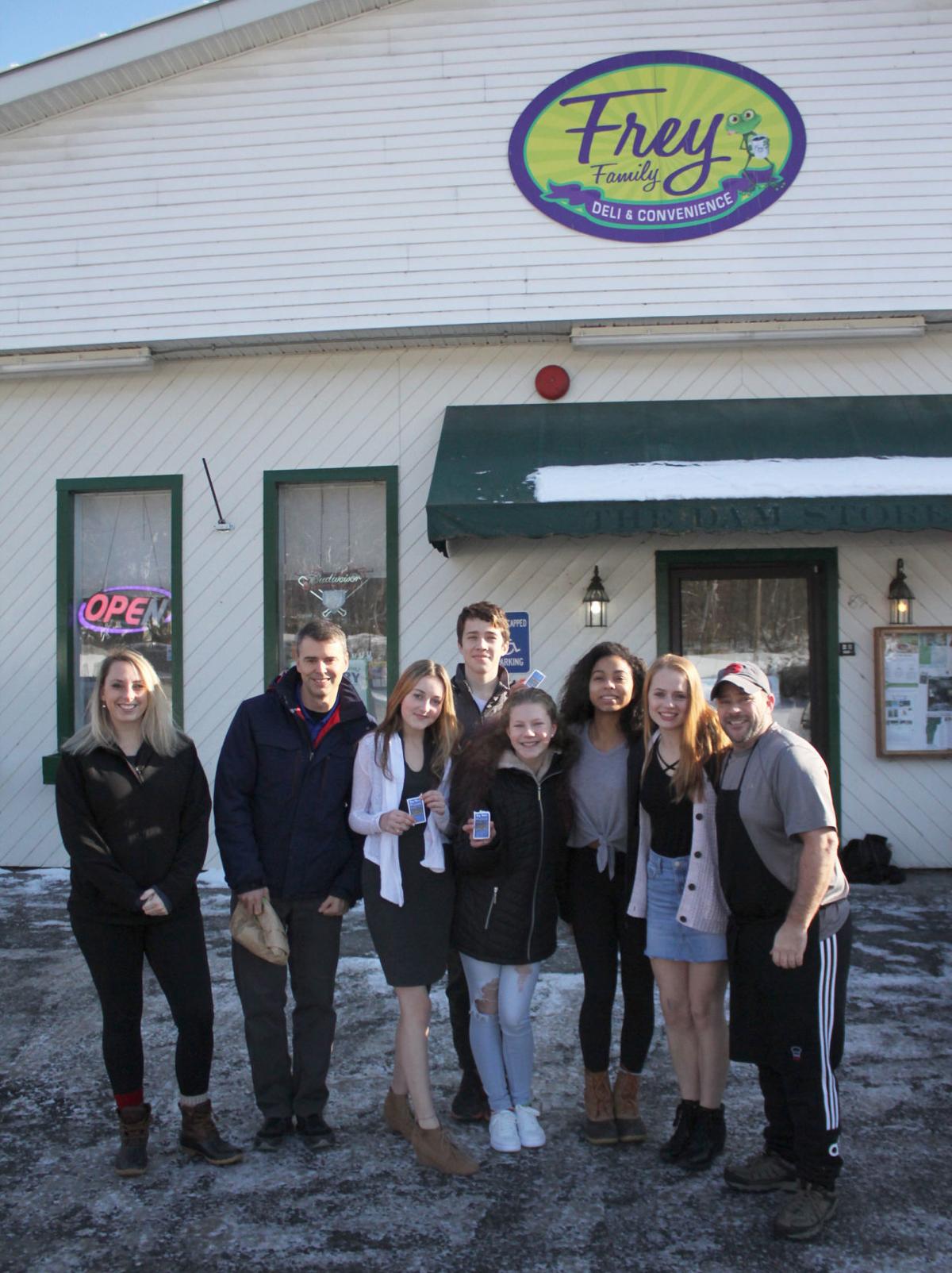 “Obviously we hear a lot about the dangers of [drinking]. I think for me, it’s the effect of the consequences that we don’t actually realize,” said Megan Humphrey, a junior at MHS and the oldest in the MCYC group.

During the summer of 2019, Humphrey and fellow Milton students, Dilynn Martin, Emily Reinhardt and Tiana Randall, attended the Teen Institute, a summer camp organized by the Franklin County Caring Community with a focus on youth prevention work in schools and communities. Students attended workshops on communication skills, drugs and the brain, health and sexuality, and restorative justice, among other topics.

At the end of the retreat, the students created an action plan based on their training. One of their projects, in the works since last summer, was the Sticker Shock campaign.

In December, students descended on Frey Family Deli & Convenience in Milton to begin their campaign, sticking bright blue notices to boxes of beer and other popular alcoholic beverages. The stickers read: “Hey there, PLEASE keep this out of the hands of minors. Providing alcohol to people under 21 may result in fines up to $2,000 & 2 years in jail.”

Tabatha Kittson, Projects and Development Director at MCYC and advisor to the Sticker Shock campaign, explained that the idea behind the sticker is that it might help people stop and think before giving to a minor. “It takes the focus off of the scare tactics towards minors and puts it on adults,” said Kittson.

Her work in MCYC is about youth empowerment—”trying to bring the community together, but not with adults saying, ‘Do this, do that.’ It’s about the youth saying what they’re seeing and what they want,” she said.

Some students in the coalition connected with the group through personal experiences. Kittson recalled one student who dealt with the effects of underage use when his basketball team wasn’t able to play due to youth substance use.

“For him, this is really important because [basketball] is his passion and what brings him joy,” she said.

As the most senior member of the group, Megan Humphrey has taken on more leadership roles this year. Her resume reads like a grocery list of different extracurriculars, sports, clubs, and student council roles.

Humphrey is unwavering in her position, even when her peers don’t listen or laugh her off. “It’s kind of one of those things; if you can’t accept me for me, then don’t hang out with me,” said Humphrey. But while some remain skeptical, “everybody I’ve talked to has been really supportive, regardless if they’re in my immediate friend group or not,” she said.

It’s important to her that people understand the real consequences of giving alcohol to minors. “You can go to jail or you can pay a really big fine. It’s important for people to realize that this can hurt your life,” she said. “It’s becoming more real for me... I think as we learn more, it’s important to say, ‘Hey, just because it looks cool, doesn’t mean it’s that great.’ If you don’t learn at a young age of the effect it could have, it could damage you in the future.”

Jon Centabar, Investigator for the Vt. Department of Liquor Control, and MHS guidance counselor Matt Rector accompanied the crew to local stores in support of the student campaign. Rector, who has experience talking to the students about issues like alcohol and drug use in school, pointed to the Sticker Shock campaign as an example of student empowerment. “One thing we work on a lot in school is student voice. This is a great example of students using their voices in a really positive way to send a message to kids their age and a little bit older,” he said.

But finding and using your voice in high school can be intimidating, especially if it doesn’t seem like the cool thing to do. “It’s definitely hard to approach people and friends,” said Maeli Rutherford, a freshman at MHS and one of the newer members to MCYC; she hopes to attend the Teen Institute this summer. “You can only suggest things, you can’t control people. You can only do your best to help them see and understand the consequences,” she said.

Freshmen Tiana Randall and Emily Reinhardt were instrumental in brainstorming the idea for the sticker campaign. “I’ve gotten asked if I want to go over to somebody’s house and drink alcohol and smoke for recreational purposes. So I say no and I tell them it’s not the healthiest choice for them to do,” said LaRose. Like Rutherford, she finds that one of the best routes for raising awareness is to make suggestions.

While Humphrey is a little more at home in her leadership role, she agreed that making upbeat, even passive suggestions is a good way to tackle the topic with peers. “You don’t want to overload them [with information]. Or they’re going to get bored and not listen to you,” agreed Humphrey. “I give them bits and pieces... The more I do it, the more they hear it.” Similar to the sticker idea—she hopes that something will eventually stick.

“I mean, teenagers will be teenagers. You’re going to try things in your life, it’s understandable. But there are risks and there are consequences that you don’t realize when you do it.”