You are the owner of this article.
Edit Article Add New Article
You have permission to edit this article.
Edit
Home
News
Sports
Elections_2020
Classifieds
Obituaries
Editorial
Business Directory
Things to Do
About Us
NEWSLETTERS
Share This
1 of 6 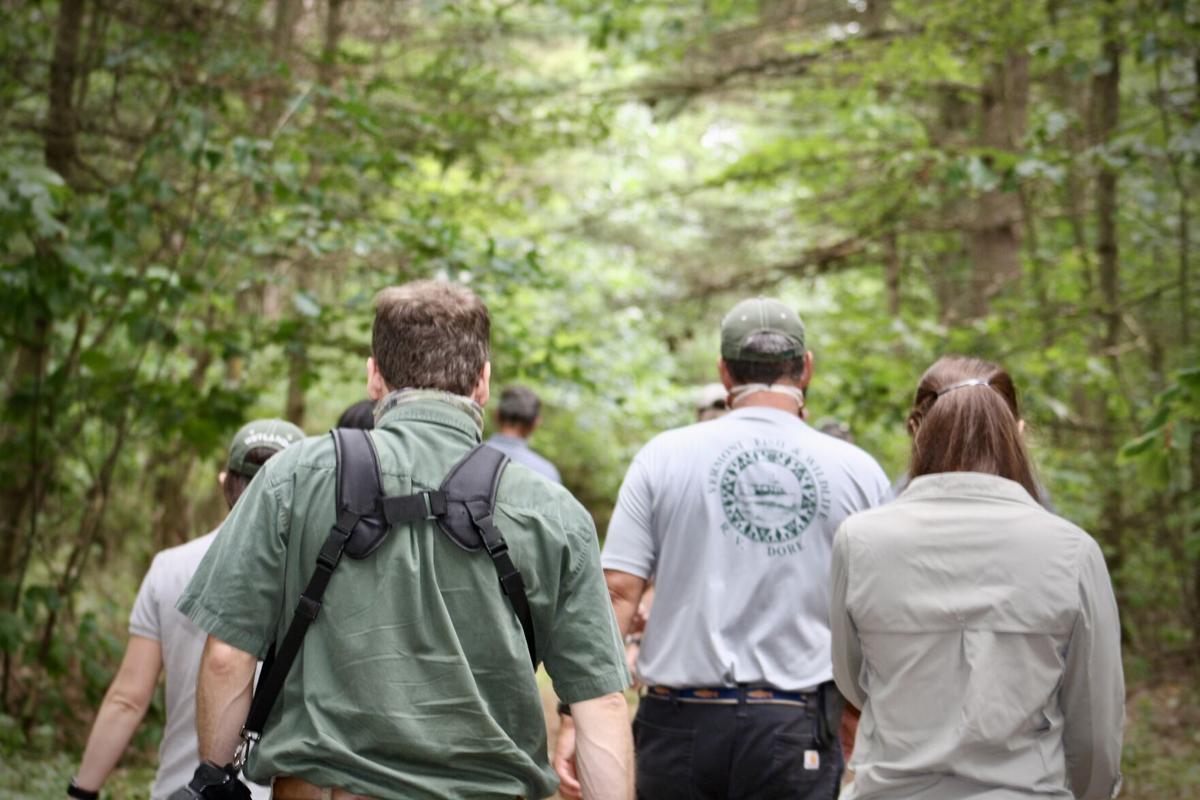 A group of Vermont Fish and Wildlife employees and representatives from conservation organizations walk through the Sandbar Wildlife Management Area Sept. 10. 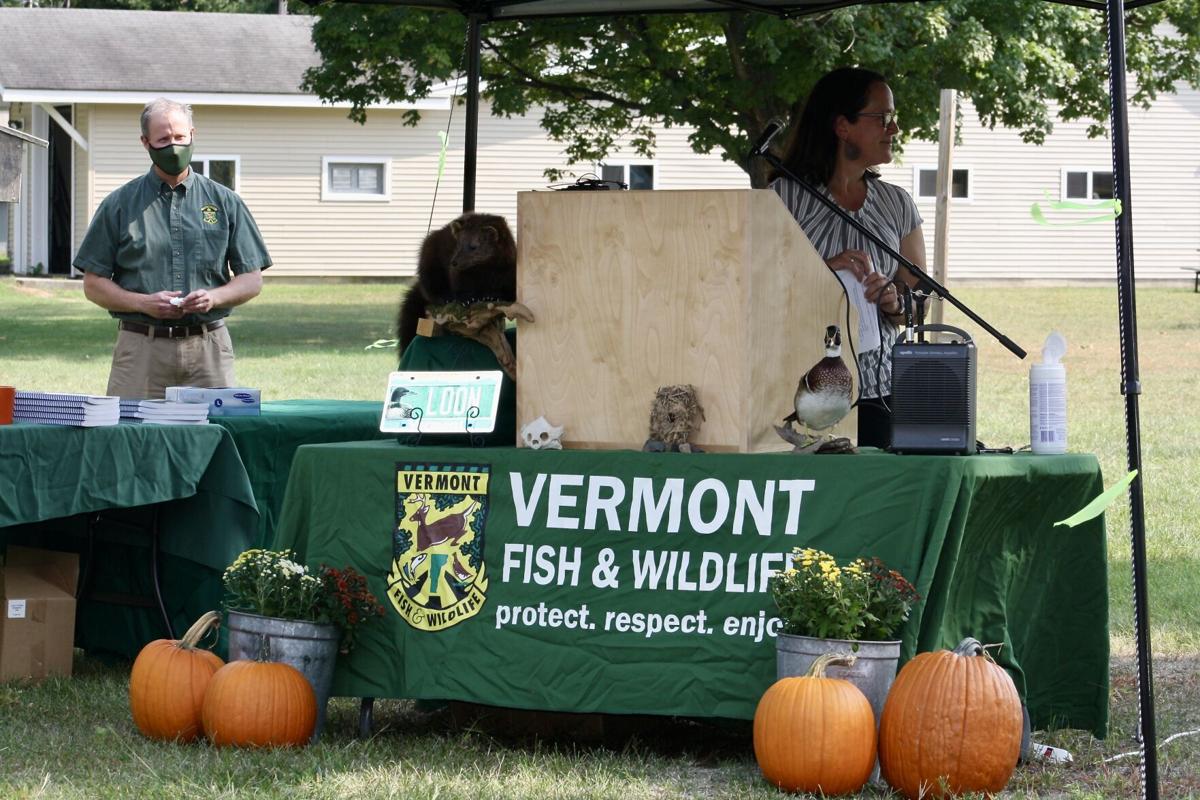 Julie Moore, secretary of the Vermont Agency of Natural Resources, approaches the microphone to deliver her remarks Sept. 10. 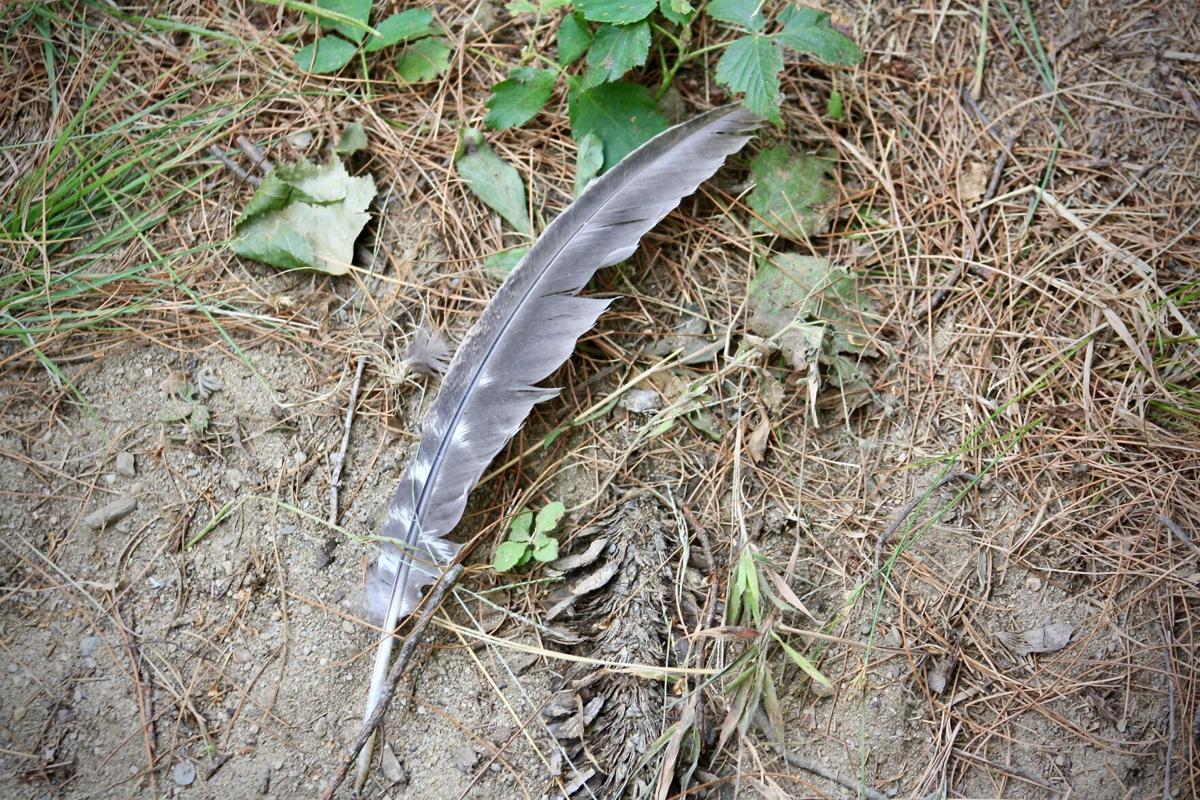 The floor of the Sandbar Wildlife Refuge is scattered with bird feathers and nest remnants. Margaret Fowl, a conservation biologist with Audubon Vermont, said the Sandbar is a particularly important sanctuary for eagles and ospreys. 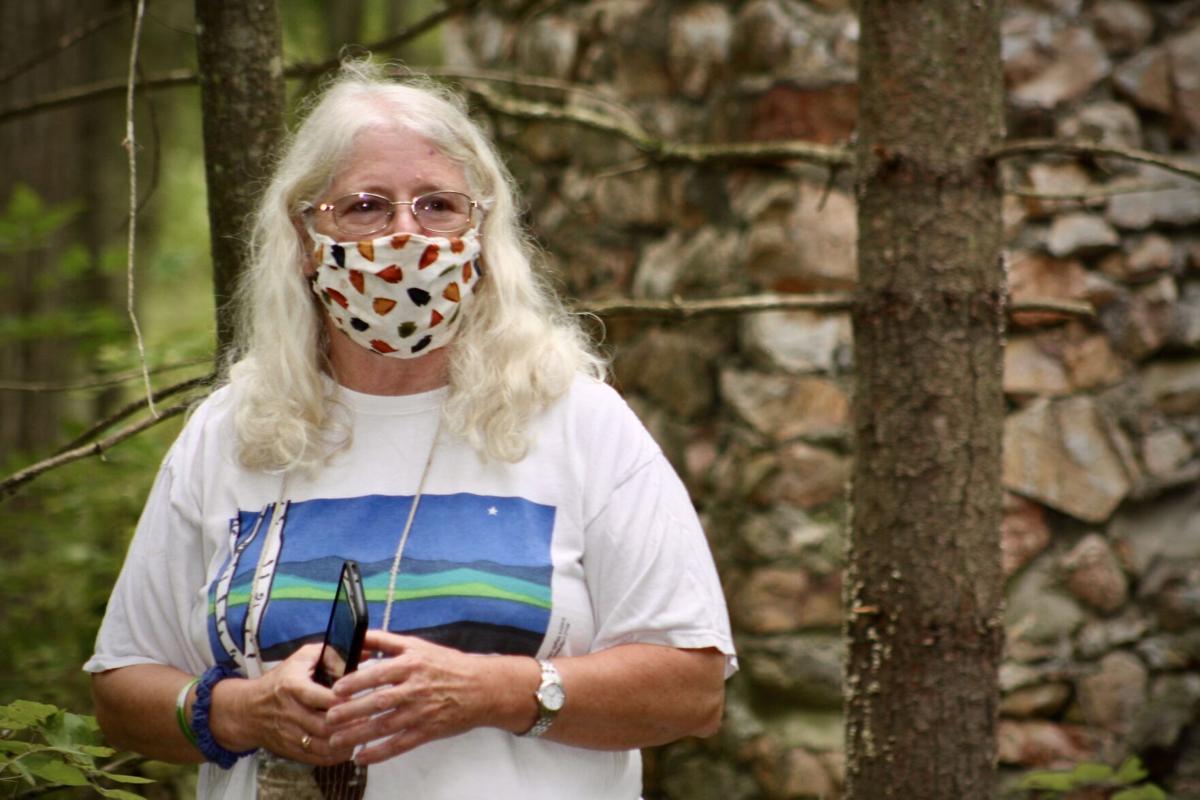 Milton resident Sue Mullen stands in front of a chimney from the old Conservation Corps Camp. Mullen has lived on Gravelle Road next to the Sandbar Wildlife Refuge since 1975. 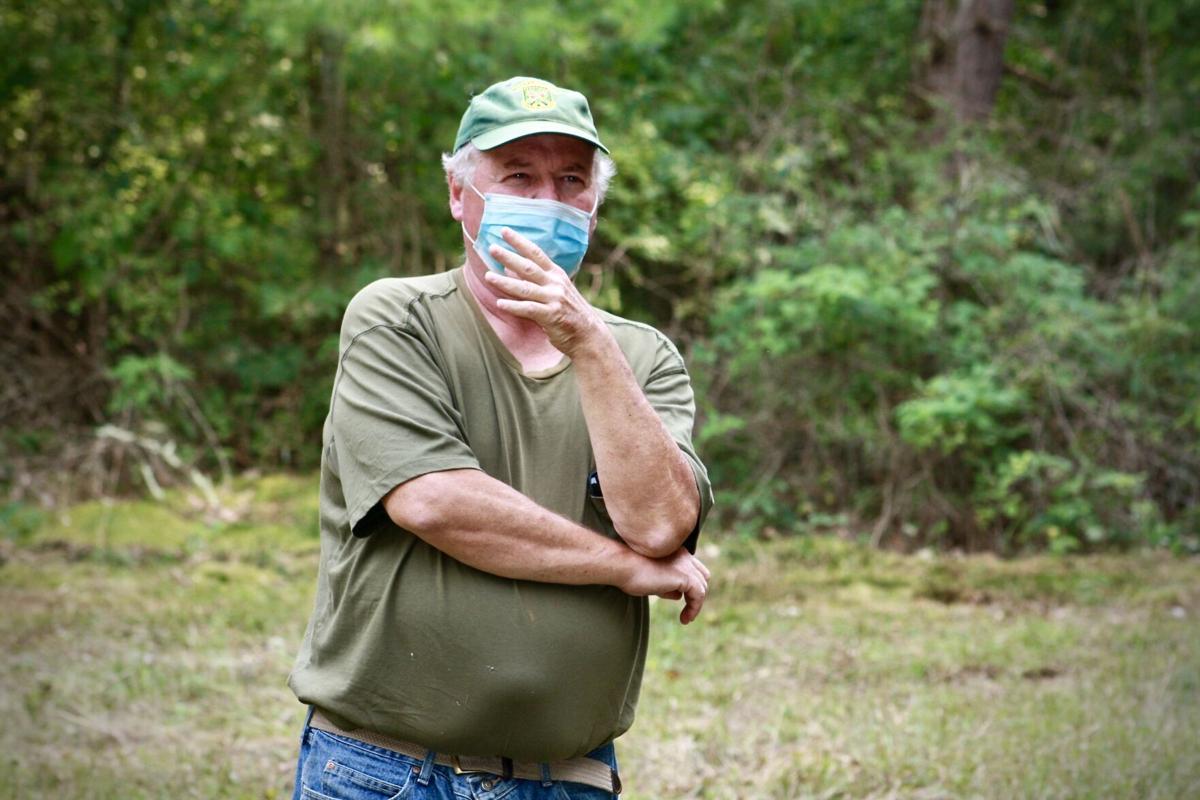 John Gobielle, a biologist with Vermont Fish and Wildlife, talks to a group explains the harvesting that is set to occur in the Sandbar later this year. 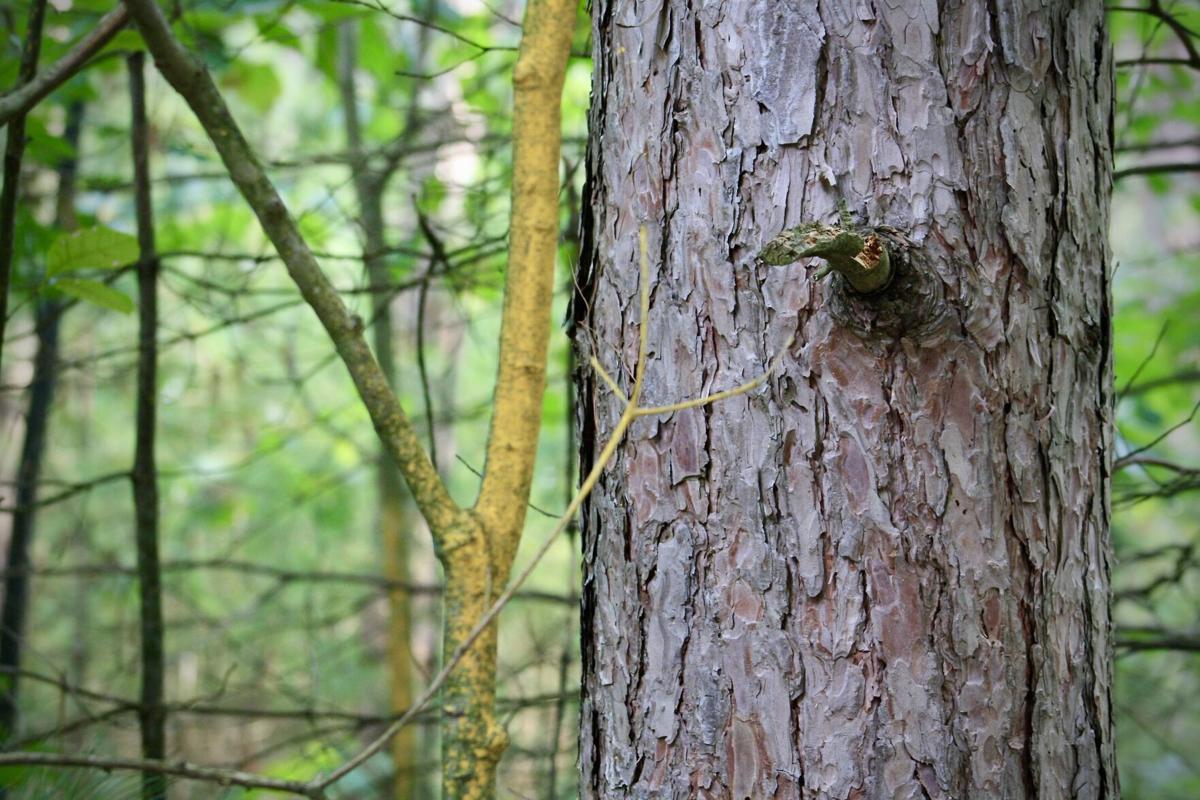 A tree is marked in yellow for removal in the Sandbar Wildlife Management Area. By removing many of the non-native over-story trees, other native trees, like the Pitch Pine will be able to grow and flourish.

MILTON — The Vermont Fish and Wildlife Department celebrated the 100th anniversary of Wildlife Management Areas (WMAs) and its legacy of conservation Thursday at the Sandbar WMA in Milton.

The Sandbar, located at the mouth of the Lamoille River and on the shore of Lake Champlain, became the state's first WMA when its was purchased and conserved in 1920.

"Access to public lands is a public good and should be a public right," Tom Berry, policy adviser for Sen. Patrick Leahy on conservation, energy and natural resources, said.

Thursday's event included a variety of speakers who spoke to the importance of WMAs for recreational uses like hunting and fishing and for the conservation of natural habitats and wildlife.

Heather Furman, director of the Vermont chapter of The Nature Conservancy, said the pandemic has shown many people the value in having public land close to home.

"It's essential that we provide Vermonters with access to the outdoors," she said.

When Dr. Geo. W. Field, a biologist, surveyed the Sandbar in 1917 and again in 1919, he found the area to be of extreme importance to various species of birds and water fowl. Upon his recommendation, over hundreds of acres of the area was purchased by the State of Vermont in 1920.

Since then, Sandbar WMA has grown in size significantly, now including 1,560 acres. There are also now 100 WMAs all over the state.

Today, the Sandbar is considered the second most productive waterfowl site. Its wetlands support Black Duck, Wood Duck, Mallard Hooded Merganser and Common Goldeneye. Because of its nearness to Lake Champlain, it is also an ideal migratory stopover Osprey, Pied-billed Grebe and Pine Warbler.

Later this fall, Vermont Fish and Wildlife will conduct a prescribed harvest of some of the Sandbar's pine trees. The department will remove many of the area's non-native Red Needle Pines in order to allow other native trees, like the Pitch Pine and oak tree, to grow and flourish.

The harvest is expected to occur sometime in November, once the bats that use the trees for shelter have migrated, and the ground has become frozen.

Sandbar WMA is considered an important archeological site, due to it once being a hunting and fishing settlement for Abenaki and Iroquois. Waiting for the ground to freeze will make sure the harvest's necessary machinery do not disturb any artifacts that could be below the sandy surface.

The Sandbar was also once home to a Civilian Conservation Corps camp. Milton resident Sue Mullen knows much of the area's history, given that she has lived next to the WMA on Gravelle Road since 1975.

An old stone chimney is all that remains of the camp's cafeteria, she said.

The Sandbar is 70% wetland and 30% forested upland. Its sand extends hundreds of feet below the surface, biologist John Gobielle said.

White-tailed deer, red fox, gray squirrel, coyote, beaver, mink, otter and raccoon are all mammals that can often be found in the area.

Most of the refuge is not open to public, but the WMA northeast of Route 2 is open for public use. Boating and fishing is allowed along the Lamoille River and in Lake Champlain.

How do I get to the Sandbar?

Take Interstate 89 North to Route 2, exit 17 – Milton / Lake Champlain Islands. Bear right off the exit and head west on Route 2 approximately six miles until you see the Sandbar WMA on your left — across from Sandbar State Park. See a map here.