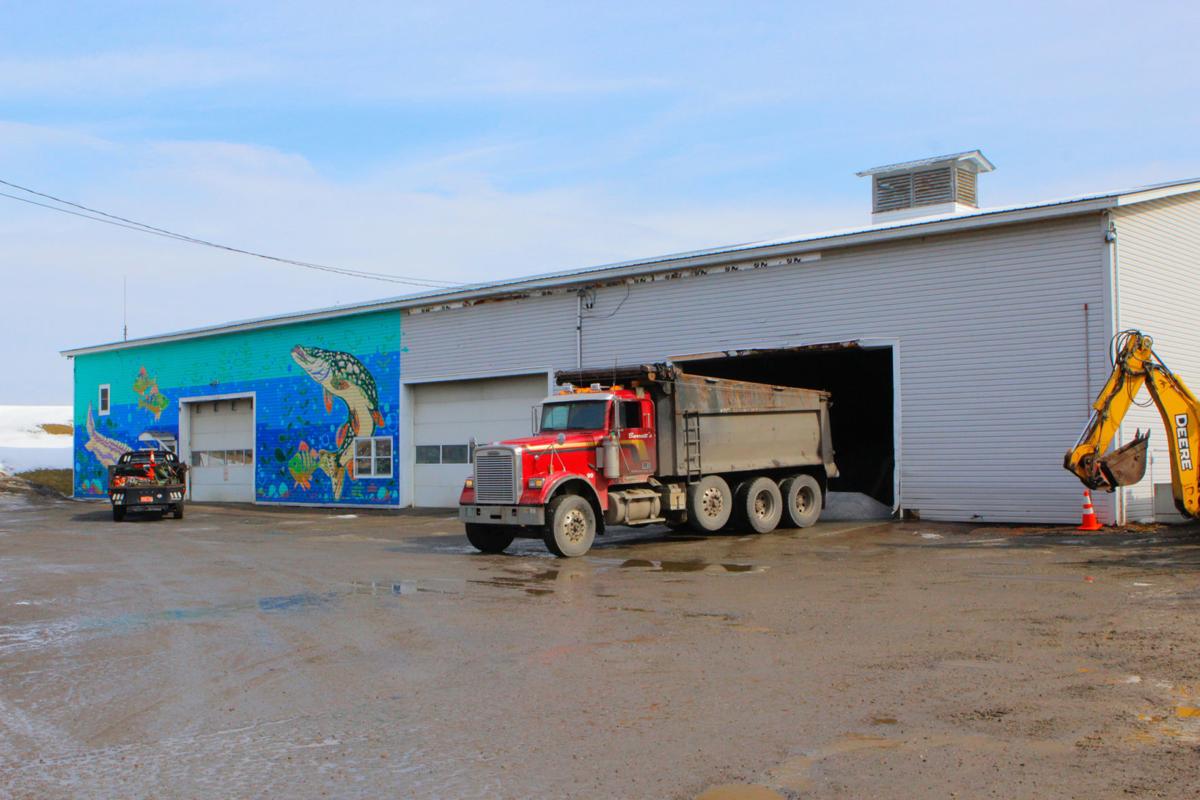 Milton's current Department of Public Works high way garage is located on Ice House Road near the Lamoille River. Talks about relocating it began in 2019 with the formation of the Milton Highway Garage Relocation Committee. 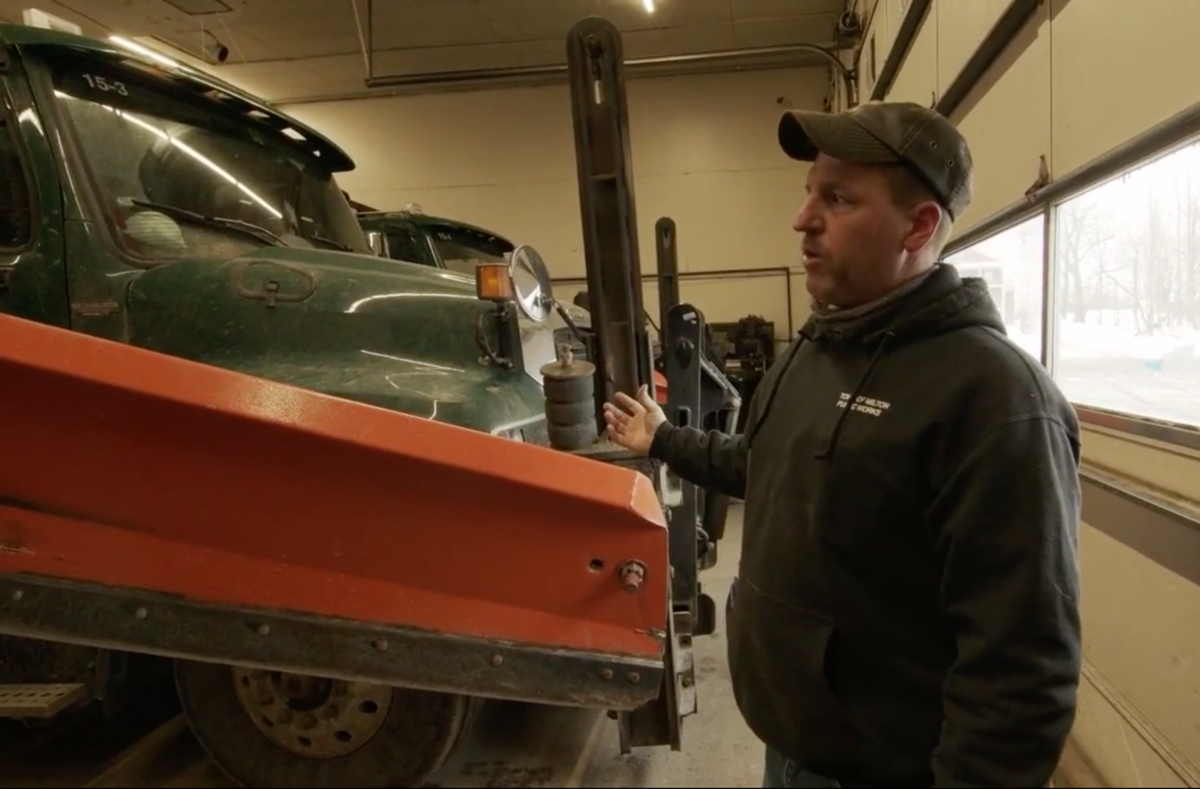 Highway Superintendent Eric Gallas stands in the truck bay of the current DPW Highway Garage. “When the trucks come in, they all have to come in in a certain order...and we don’t have much room to walk around,” he said.

MILTON — The Town of Milton is taking a step forward in relocating and replacing the Highway Garage.

The garage, which is currently located on Ice House Road near the Lamoille River, is where Milton’s Department of Public Works’ (DPW) staff stores trucks and equipment used to maintain Milton’s many miles of road.

At the April 19 Selectboard meeting, Town Manager Don Turner said the current plan is to build the new highway garage on about 6 acres of land adjacent to Bombardier Park, near the dog park.

In a video shared with the Selectboard during the meeting, Highway Superintendent Eric Gallas said the garage is showing signs of age and needs to be bigger to fit the Town’s several trucks and plows.

“When the trucks come in, they all have to come in in a certain order...and we don’t have much room to walk around,” Gallas said. “With the age of the building, we’re constantly finding and repairing roof leaks, but the roof leaks have led to molding ceilings.”

The current garage also has only one bathroom, even though Gallas said seven to eight people could be working there at one time.

“[The bathroom] is very small and even at certain points of the year there’s standing water on the floor, because the floor doesn’t drain and the roof leaks,” he said.

Talks about relocating and replacing the garage started in 2019 when the Selectboard formed the Milton Highway Garage Relocation Committee. The six-member committee was made up of Public Works staff, a former town official and two Milton residents.

The committee met multiple times to determine the garage’s needs, identify possible new locations and find potential funding sources. The committee’s final report was due to the Selectboard by March 31, 2020, but it was delayed due to COVID-19 and to staff turnover.

One of the locations identified by the committee was a 40-acre property owned by the Brault family and adjacent to Bombardier Park.

Turner said the family recently agreed to give just over 6 acres of the property to the Town for the new garage.

The agreement is beneficial for both parties. The Town will not have to purchase a new site and will expand its Bombardier portfolio. The Braults, who plan to sell the remaining portion of the land to developers, will receive a bonus density for supplying land to the Town for “public good.”

Turner said this means a certain percent more units will be allowed to be built on the site.

“We would like to go forward and get ownership of this property sooner rather than later,” Turner said. “[If we don’t,] years could be added to us building a garage as well as additional costs that I don’t feel we need to bear at this point.”

During the meeting, Selectboard member John Fitzgerald expressed his concern that truck traffic would be seen in the park, specifically near the baseball fields and the outdoor performance center.

"When I'm sitting there watching my kid's baseball game, the last thing I want to see is a bunch of trucks moving around the town garage," he said.

Turner assured the treeline between the two areas would be kept and the garage would be fenced in.

"I think this is a great location and a great idea," Selectboard member Chris Taylor said. "To see this come to fruition so quickly, it's really an ideal situation."

With the go-ahead from the Selectboard, the Town will now begin a co-application with the Braults to subdivide the property.

“Once we acquire the land, we are going to continue to work on plans for the building, and we hope to get a formal number to you by fall,” Turner said.

Plans for the new garage developed by the Relocation Committee resemble DPW facilities recently built in Williston and St. Albans — rectangular buildings with bays for truck storage, washing and repair.

The Williston facility cost approximately $6 million including land purchase, but Turner estimated Milton’s garage would not cost that much, especially since the land will be acquired for free.

“We want a nice building that’s efficient and includes some energy standards like solar...that’s low maintenance and will serve the community for the next 30 to 50 years,” he said.

Turner hopes to be able to bring the projected total cost of the project to the Selectboard this fall. After Selectboard approval, the cost would then go before Milton voters on the Town Meeting ballot in 2022.