Skip to main content
You are the owner of this article.
Edit Article Add New Article
You have permission to edit this article.
Edit
Home
News
Schools
Things To Do
Real Estate
Milton FAQ
Opinion
Classifieds
Obituaries
Business Directory
About Us
1 of 2 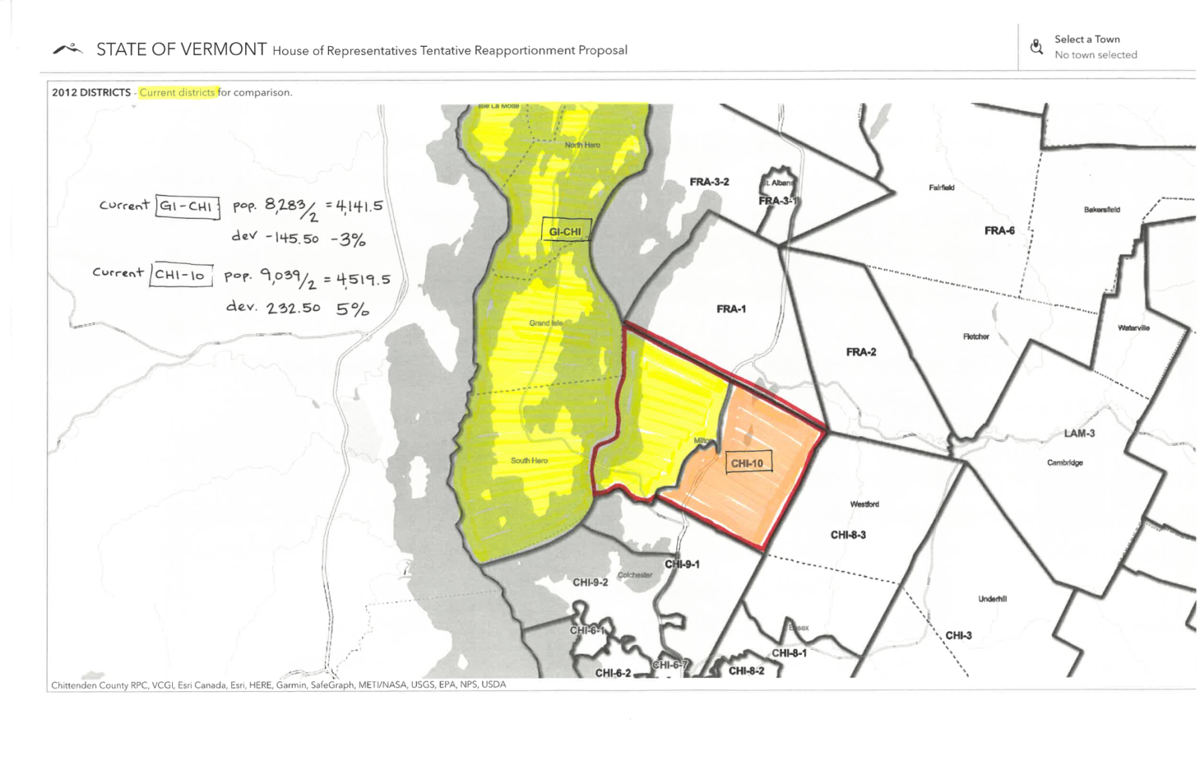 Milton's current districts split the town into two, one including all of Grand-Isle, each with two representatives. 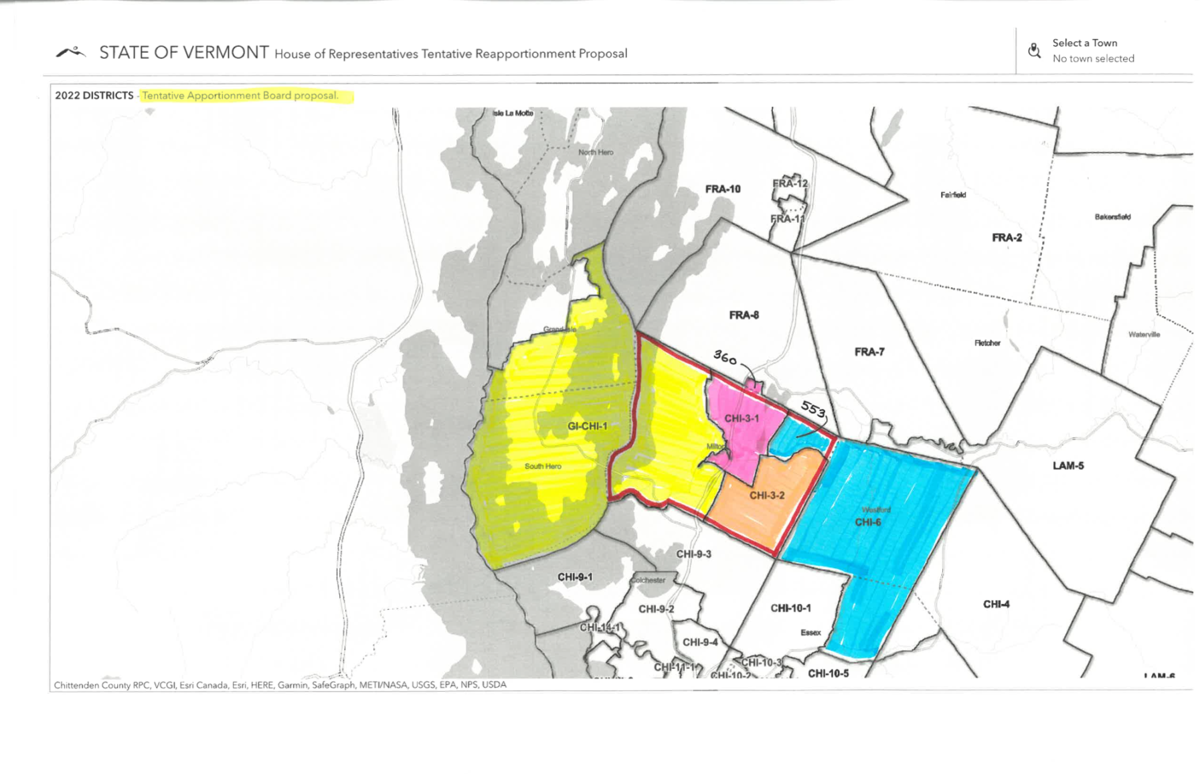 The proposal from the LAB would split Milton into four, some containing pieces of other towns, each with one representative.

The Milton Board of Civil Authority (BCA) says a draft map from the state’s Legislative Apportionment Board (LAB), redistricting the town’s two legislative districts, would be too confusing to voters and lessen representation for the town.

At an Oct. 27 meeting, the BCA, made up of the town’s selectboard, nine Justices of the Peace and Town Clerk, unanimously decided to tell the LAB it does not want a change in the town’s current districts.

The new map comes from the LAB who sent it to all BCAs in the state for feedback. The state proposal consists of 150 single-member House districts with an ideal population of 4,287 people in each.

Every ten years, the state goes through a legislative redistricting process with new data from the U.S. Census Bureau. Its goal is to make districts that ensure every voter has fair representation.

Milton is currently represented in the House by Rep. Christopher Mattos and Rep. John Palasik in the Chittenden-10 district, and Rep. Michael Morgan and Rep. Leland Morgan in the Grand Isle-Chittenden District. All four are Milton residents.

The new map splits Milton into four, each with one representative.

One district would be made up of the western half of Milton as well as a chunk of Grand Isle County. Another geographically smaller district in the northern center of Milton would include 360 voters from Georgia.

This means that if a person from Milton wanted to run for office and lived in the northwest corner of Milton, near North Road for example, that person would have to campaign and win all of Westford and some of Essex, said Milton town clerk Kristen Beers in a Nov. 12 interview.

In this scenario, both Leland and Michael Morgan would be unable to hold office. Because they live in the same district, they would either have to run against each other or one of them would have to give up the seat.

In late October, the Milton BCA unanimously voted in favor of not changing the Milton districts, Beers said.

At the meeting, Town Manager Don Turner emphasized that the districts do need to change, but in a different way than the state proposes. From his experience in the legislature, he said, he knows population counts are shifting, as proven by data from the U.S. Census.

Turner said retaining the districts as they currently are is very likely not to happen and said sending back a counter proposal is crucial.

For now, the BCA has only told the LAB that because the representation per representative is within the allowed deviation, no change is necessary.

When the legislative session opens up in December, the legislature will take all the feedback from BCAs around the state and try to agree upon a new map.