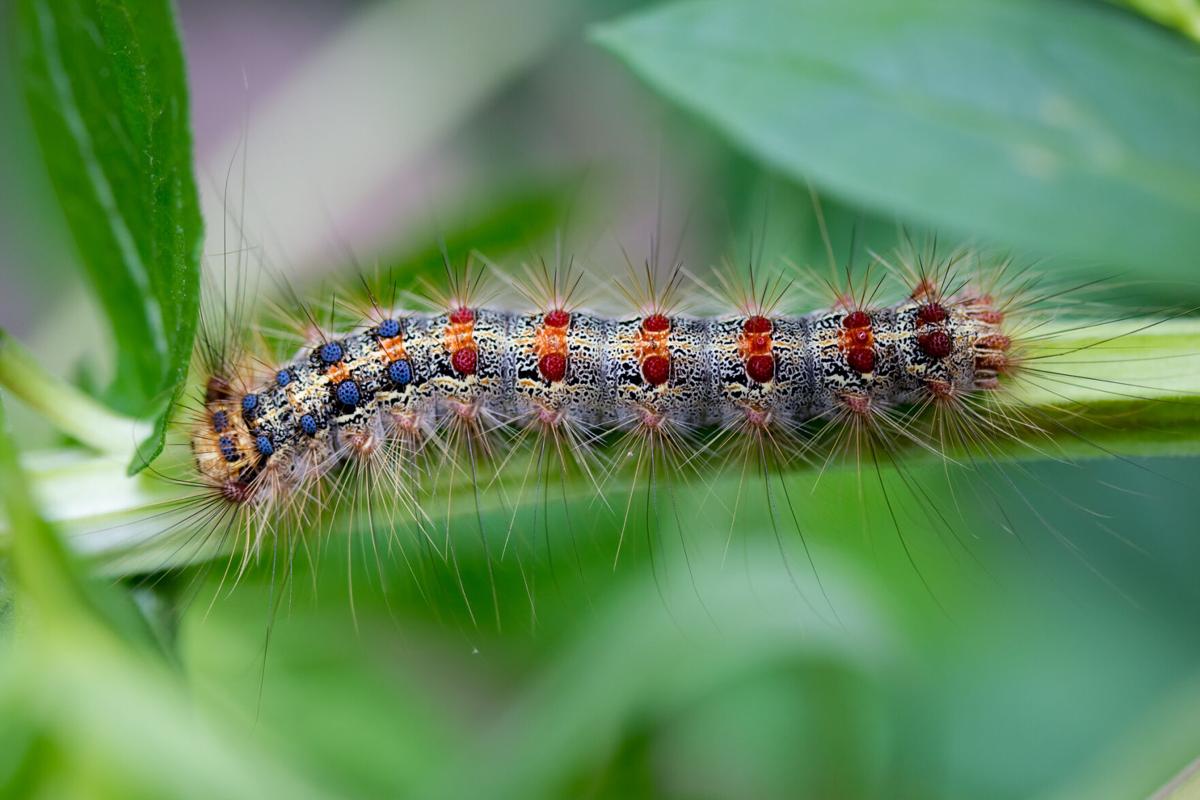 A gypsy moth caterpillar. They’ve barely been an issue for three decades, but now, after one too many dry seasons, a fungus hasn’t been able to proliferate enough to keep the caterpillars at bay. 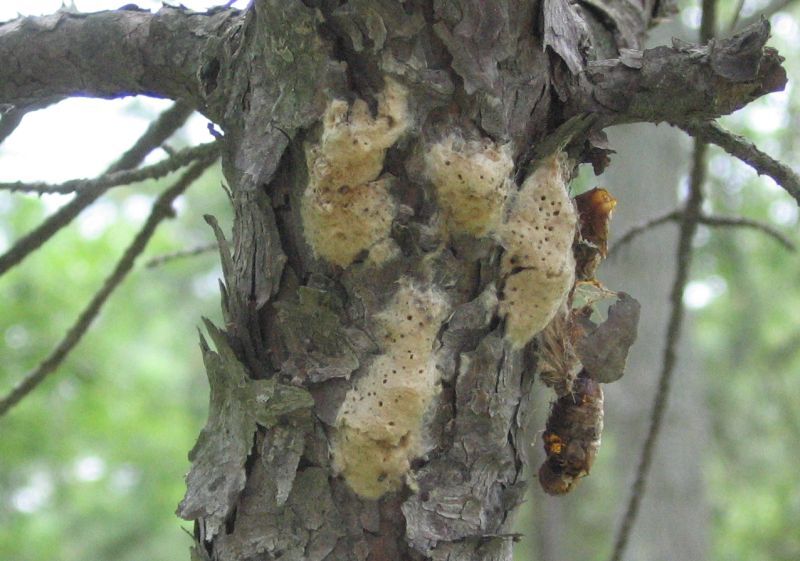 Milton resident Lynne Manley had heard talk of a caterpillar issue but hadn’t noticed anything herself — until one day when she looked up at a shocking view.

The Manleys own most of Arrowhead mountain, which has been in the family for generations. Now, an almost perfect line cuts across the view of the mountain — separating the lush greenery below from a barren brown landscape on top.

“I just thought it would be interesting to juxtapose the two photos, one from this year and one from last year,” Manley said.

She posted the image on a Milton community Facebook group and it got close to 50 comments, many by people sharing their own horror stories of dealing with the invasion.

The caterpillars are gypsy moths, an invasive species introduced to the U.S. in the late 1800s. They’ve barely been an issue for three decades, due to a fungus that keeps the population down. But now, after one too many dry seasons, the fungus hasn’t been able to proliferate enough to keep the caterpillars at bay.

Manley hiked up Arrowhead mountain to see the devastation up close.

“It’s really eerie up there. It’s like winter time because you can see through the woods, like you can in the winter when there’s no foliage,” she said.

Not only does it look like the wrong season, Manley said it sounds like it’s raining because of the constant sound of the caterpillar frass, or droppings, falling to the ground.

Arrowhead mountain in June of 2021 (right) and June of 2020 (left). Photos courtesy of Lynne Manley.

Even experts have been surprised by the scale of the devastation. According to Judy Rosovsky, Vermont State Entomologist, the Agency of Natural Resources couldn’t do its yearly survey of insect populations last year because of the pandemic.

“So while we knew these numbers were going up, we just didn’t know where or how much or whether it was going to rain this spring and help control the infestation,” Rosovsky said.

Trees can bounce back from this type of defoliation, but Rosovsky has concerns that if patterns of drought and caterpillar infestations continue there could be more permanent damage.

“We’ve had a drought at least one season per year since 2016,” Rosovsky said.

She sees climate change as the force behind that shift. “Our concern is that, coupled with the drought, you know, this is not really great for some of our hardwood trees.”

The good news is that most of the caterpillars will be onto their next life stage by the end of the month.

“Some are well advanced and some are slower to develop, but certainly by the beginning of July they should all be starting to pupate. And then two weeks after they spin cocoons they’re going to emerge as adult moths,” said Rosovsky.

But even though the caterpillars will soon be gone, Rosovsky and others are already concerned for next year.

“I think what we’re worried about is, given the population that was around, they’re going to be, you know, pupating and laying their eggs so that we could conceivably have a really big population next year that we’re going to have to try and deal with the best we can,” said Nick Meyer, chair of the Essex Junction Tree Advisory Committee.

The Tree Advisory Committee maintains and monitors the public trees within Essex Junction and has planted about 200 new trees in the village since their start in 2014, according to Meyer.

Meyer said he’s been checking Essex Junction’s trees for caterpillars, especially the 38 new trees they’ve planted this year. They’ve found some and have mostly been using the “squash tactic,” as Meyer puts it, but overall he’s been happy that the area he monitors hasn’t been hit that hard.

In preparation for next year Meyer would like to explore aerial spraying of Bacillus thuringiensis, or Btk, a bacteria that kills the caterpillars when they feed on it and is non-toxic to humans and the environment.

“We’re probably doing that early on, where we can, it’s just hard to do spraying now — it used to be widely done that people would spray trees but there aren’t a lot of contractors who can do that work anymore,” said Meyer.

For now Rosovsky has some tips for homeowners experiencing the Gypsy Moth outbreak. She says to look out for the egg masses which will appear after the adult moths emerge and begin to mate. Egg masses should be scraped off into a bucket of soapy water to kill them, says Rosovsky.

She also recommends giving ornamental trees you really like a thorough watering once in a while if conditions stay dry to offset the drought. However, “If you do have a big forest, there’s not a lot you can do except hope for rain,” said Rosovsky.

More resources for dealing with the caterpillars can be found linked on the Vermont Agency of Agriculture website, such as this guide by the University of Wisconsin.

Editor’s note: Luca Kolba is a student at the University of Vermont and a reporter for the Community News Service, a student-powered partnership with community newspapers.