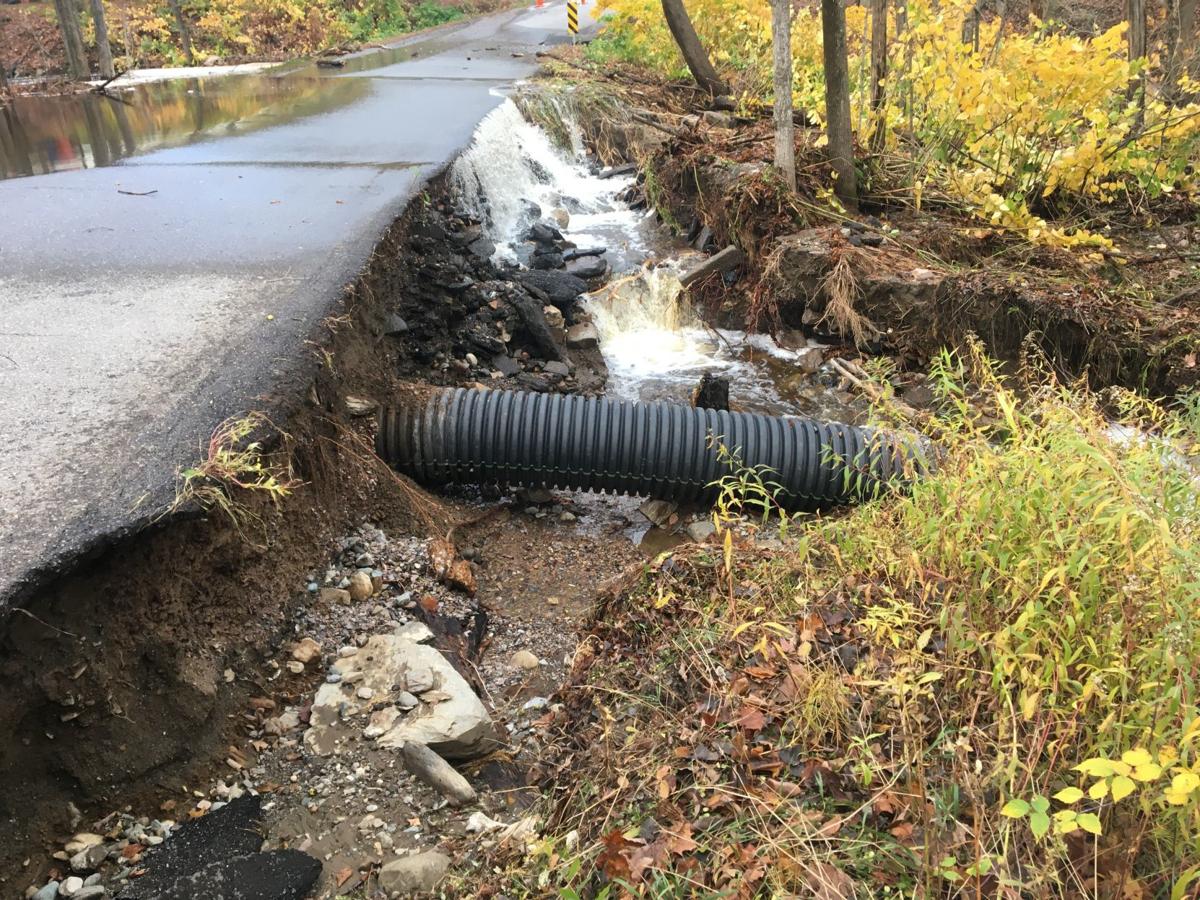 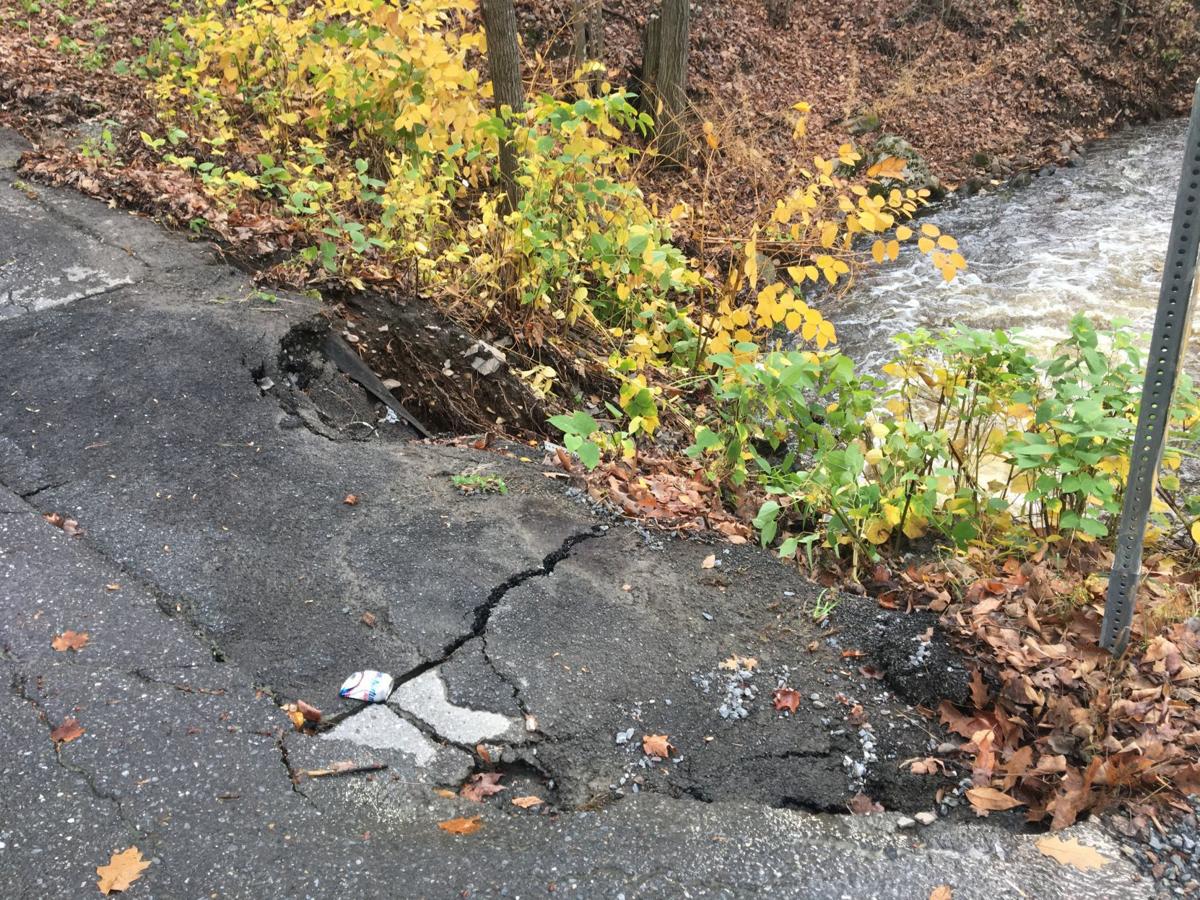 The damage to Rollin Irish Road as seen from the road itself.

The damage to Rollin Irish Road as seen from the road itself.

At its Jan. 6 meeting, the Milton selectboard agreed to organize a committee to review the town’s charter and heard concerns from a community member and town staff about the conservation planned unit development (PUD) option in the town’s by-laws.

The conservation PUD, explained outgoing zoning director Michael Burris, requires developers in more rural areas of the town to conserve some land as part of multi-home developments. It was added to the town’s by-laws in 2017 with the idea that in exchange for conserving some land, developers would be allowed to build more densely than might otherwise have been allowed.

He cited two examples of conservation PUDs that have stalled because developers have been unable to find conservation groups interested in taking on the small amount of land to be conserved.

A Milton resident who attended the meeting said a developer interested in land owned by her family had backed away from a purchase after learning about the rules for the conservation PUD.

Prior to the creation of the conservation PUD, the town used to have a more traditional PUD, explained Burris, which required the developer to set aside some shared open space.

The planning commission is currently wrapping up some proposed changes to the town’s by-laws, which the selectboard will hold a hearing on next month.

Once those changes are complete, both Turner and Burris said the commission will hopefully take up the conservation PUD.

The charter committee is in response to a state requirement that towns review their charters every five years. Turner told the Independent he doesn’t expect any major changes to come from the review.

“I’m not aware of any current issues with the charter, but I know it’s essential to review and keep current,” Turner said at the meeting.

Former state representative Ron Hubert came to the meeting at Turner’s invitation to explain the role of the commission and the process for making charter changes. The commission makes recommendations to the selectboard, which then decides which recommendations, if any, it wants to put before voters. Once voters approve changes, the revisions are sent to the legislature for approval.

The selectboard can give the commission a charge that includes a timeframe for its report.

Turner said that timeframe will likely be early enough to allow the selectboard to put any changes before voters on Election Day in November.

Dave Allerton, the town’s director of public works, presented the board with an overview of the work completed by his department in 2019, beginning with equipment investments — $153,000 for a single axle truck and $4,500 for a cold planer attachment.

Among the work completed in 2019 by the department of public works (DPW):

In addition, the DPW completed ditching and road repair on Beebe Hill Road and Kingsbury Crossing. A portion of Bear Trap Road was removed and reconstructed from the base up. There was also reconstruction work on Bartlett Road. “The road is just beautiful at this point, so it makes a huge difference up there,” said Allerton.

Then there was the Halloween storm, which did substantial damage to Rilling Irish and Mars Hollow roads. Turner said the state has met the threshold for Federal Emergency Management Agency (FEMA) assistance, and he expects the town will receive some reimbursement for the costs of those repairs.

On the water and wastewater side, the department installed new tanks at the Westfield Road and Steeplechase service systems, and replaced a water main on Lake Road.

Allerton also highlighted maintenance work done at the wastewater facility, including cleaning of effluent tanks. “You should really be thankful for the guys who get in there and clean these things,” he told the board, as without them toilets wouldn’t flush properly.

Together with the manager’s office and the finance department, DPW completed a comprehensive audit of water and wastewater billing and metering, which included meter evaluations and repairs. Sixty meters were replaced.

Everest, Beat Trap, Lake, North, East, and Cooper roads were repaved, along with Quarry Lane. Lake Road also received a new culvert and an additional guard rail. “That’s a much better situation out there,” Allerton said of Lake Road.

The town also did extensive crack sealing, which Allerton said will extend the life of roads by seven to 10 years.

For 2020, the Route 7 gap project is under construction and streetscape work is expected to begin in May. Cherry Street sidewalk construction is also slated for this year.

The southern gateway is just awaiting the arrival of a new traffic light to wrap up that work.