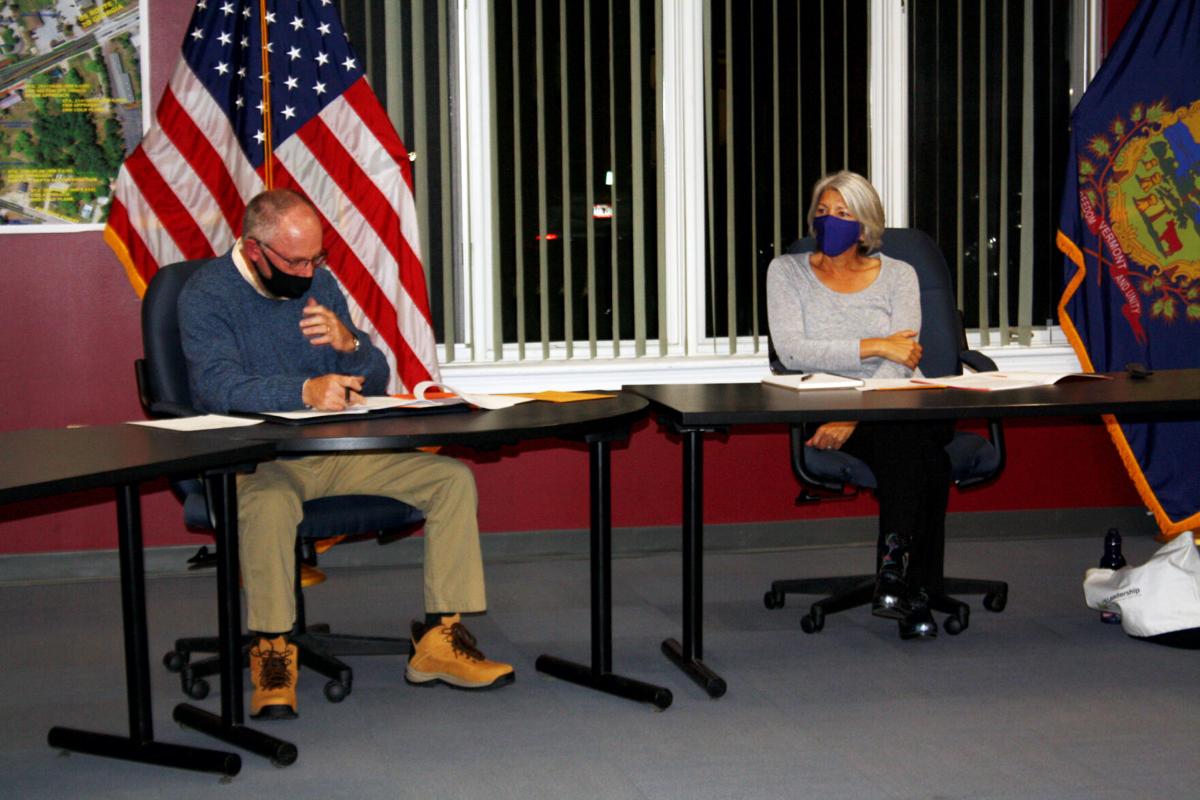 Kevin Kimball, left, was elected Clerk of the Police Advisory Committee Nov. 10. Lisa Rees, right, was adamant that the Chair of the committee be a person of color. 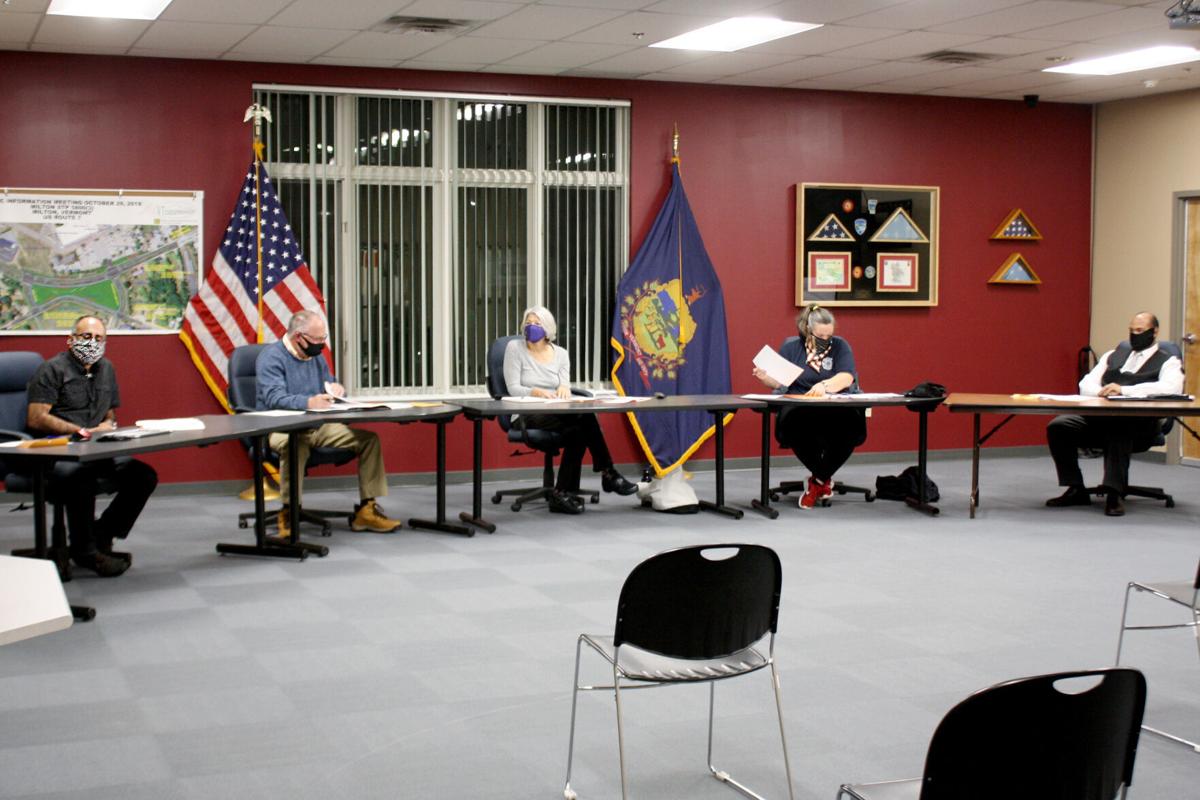 Town Manager Don Turner led the meeting until the committee's Chair was elected. He then handed over the metaphorical gavel.

Here's what else you need to know.

1.  PAC members shared who they are and why they wanted to join the committee.

Richard Edwards, a corporate trainer at Longhorn Steakhouse in Williston, has lived in Milton for the last eight years with his wife and two daughters.

"I want to build a bridge of trust between the people who feel disenfranchised and our police department and town officials," he said.

As the pastor of New Life Church and a 35-year resident of Milton, Kevin Kimball sees the PAC as another way he can be part of a team to help improve the community.

Lisa Rees is a life-long Vermonter and a member of the Milton Inclusion and Diversity Initiative.

"I have had no difficulties and no challenges, and I recognize it's because of my white priviledge," she said. "I want Milton to be a place where everyone feels as safe and as respected as I do."

Shoshawna Morin is a volunteer firefighter with the Milton Fire Department. "It's the best job I've ever had," she said.

Her interest in promoting fairness was what drove her to apply for a seat on the committee.

Harjit Dhaliwal is known in the community as a photographer and as the administrator for the private Milton VT Facebook group. He said because of this role, he has his "finger on the pulse" of the community and can bring its interests and concerns to the table.

2.  The committee elected a Chair, Vice Chair and Clerk.

After a few minutes of discussion, Morin expressed her interest in being Chair of the committee. The position requires the individual to devote time to the committee outside of meetings, including communicating with Chief Laroche and Foody about agenda items.

Rees said she thought it important for the chair of the committee to be a person of color, but neither Edwards nor Dhaliwal could commit to the position.

Morin was elected 4-1, with only Rees voting no.

Dhaliwal was selected as Vice Chair and will fill in for Morin should the need arise. Rees nominated Kimball to be Clerk. He will take notes during meetings and deliver them to Executive Assistant Sheila Wright Mooney, who will turn them into minutes for the public. Dhaliwal and Kimball were elected unanimously.

The group also decided that it will meet at 5:30 p.m. on the second Tuesday of every month in the Fire Department Training Room.

3. Chief Laroche shared his vision for the committee and suggested topics he thought the group should prioritize.

"There is a lot I need your help with," Laroche said to the committee. "The Police Advisory Committee was my idea when I was hired two years ago, and a few months ago, I finally told Don [Turner] 'it's time.' I need you folks as a resource and as a sounding board."

Laroche hopes the PAC will spend its first several meetings reading and discussing 12 of the Milton Police Department's most critical policies. He said MPD's body-worn camera, fair and impartial policing, duty to report and use of force policies should be prioritized.

Many, if not most, of MPD's polices are not written in-house, meaning they are either state-mandated or written by a third party. Laroche said some of MPD's policies are taken from a highly-credentialed representative from the Vermont League of Cities and Towns. Because of these reasons, changes to the policies can often not be made at the local level.

Edwards asked Laroche if the PAC can hear from the VLCT representative who writes the polices.

"If the individual is not a person of color, that's often where our distrust comes from," he said.

Laroche said he would do his best to accommodate that request.

4. All members of the committee agreed to meet with Laroche to review footage related to the incident reported by the Peace and Justice Center.

Early last week, the Burlington-based Peace and Justice Center of Vermont released a press release that details the experience of a Milton woman and the subsequent bias she reportedly received from Milton Police.

When the release was shared on social media Oct. 31, it sparked strong emotion and heated debate within the community.

At the Nov. 2 selectboard meeting, Laroche said there is currently an open investigation into the incident and body-camera footage is available to the public.

Before the PAC takes further action on the subject, all members agreed to schedule an appointment with Laroche to view the material held by the police department. After all of the members have viewed the footage, the group will decide whether it needs to meet to discuss the incident prior to the next scheduled meeting on Dec. 8.

"What I want to stop is the emotional response that is happening in this town," Dhaliwal said. "We need the facts, information and data. I think we have a responsibility to do the fact-finding and to communicate to the community that we hear them."

What you need to know about Milton's new Police Advisory Committee

MILTON — In response to recent discussions regarding police reform and racial equity, the Town of Milton will create a Police Advisory Committee.