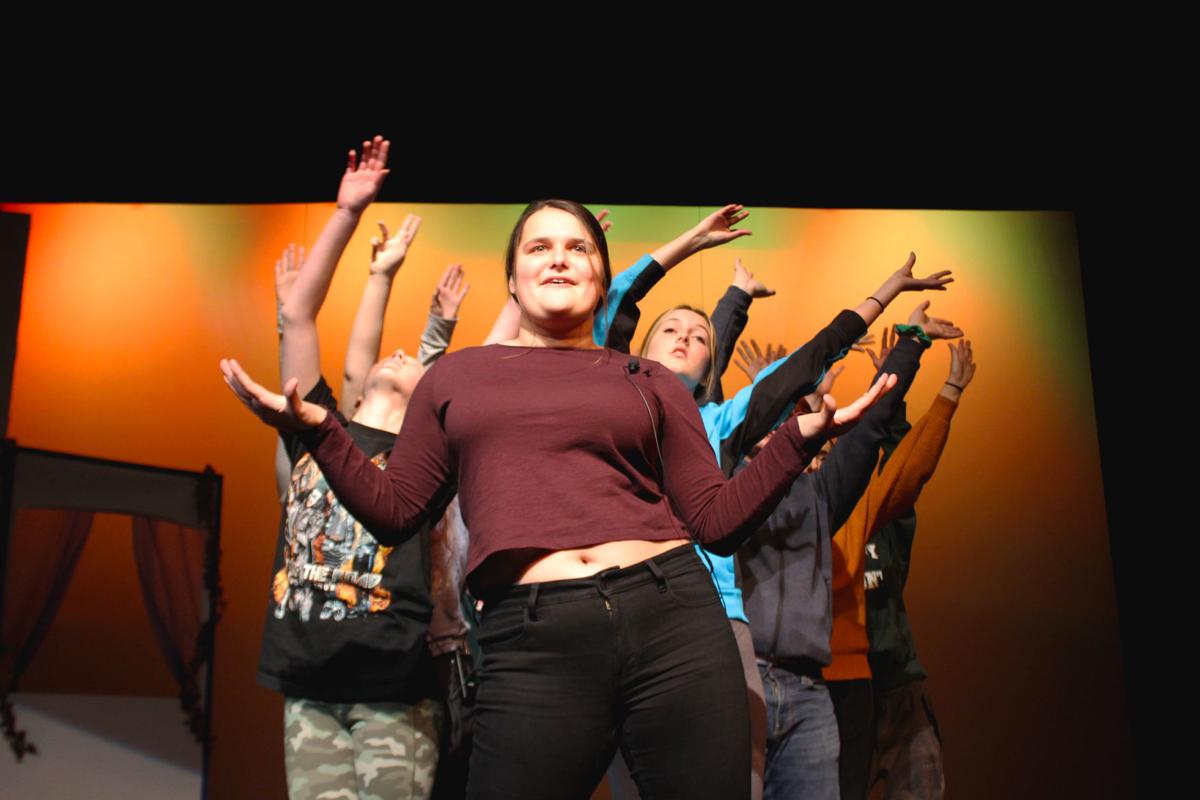 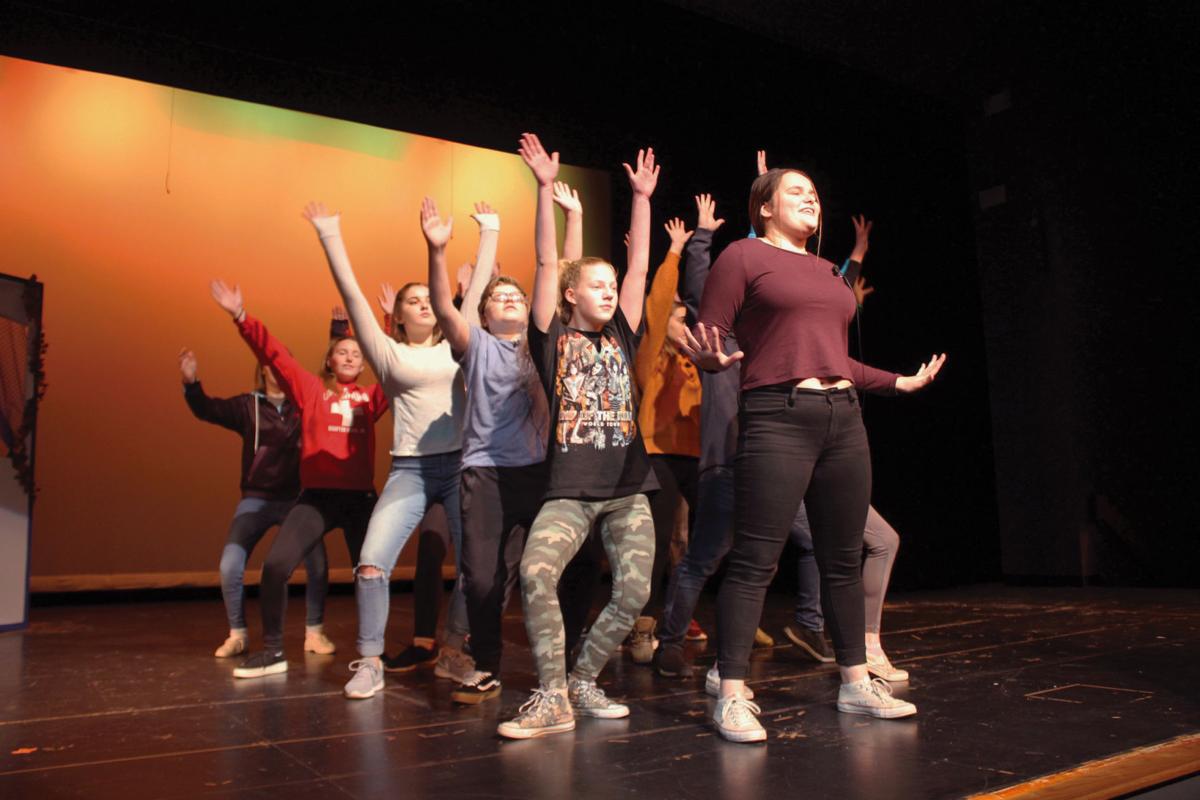 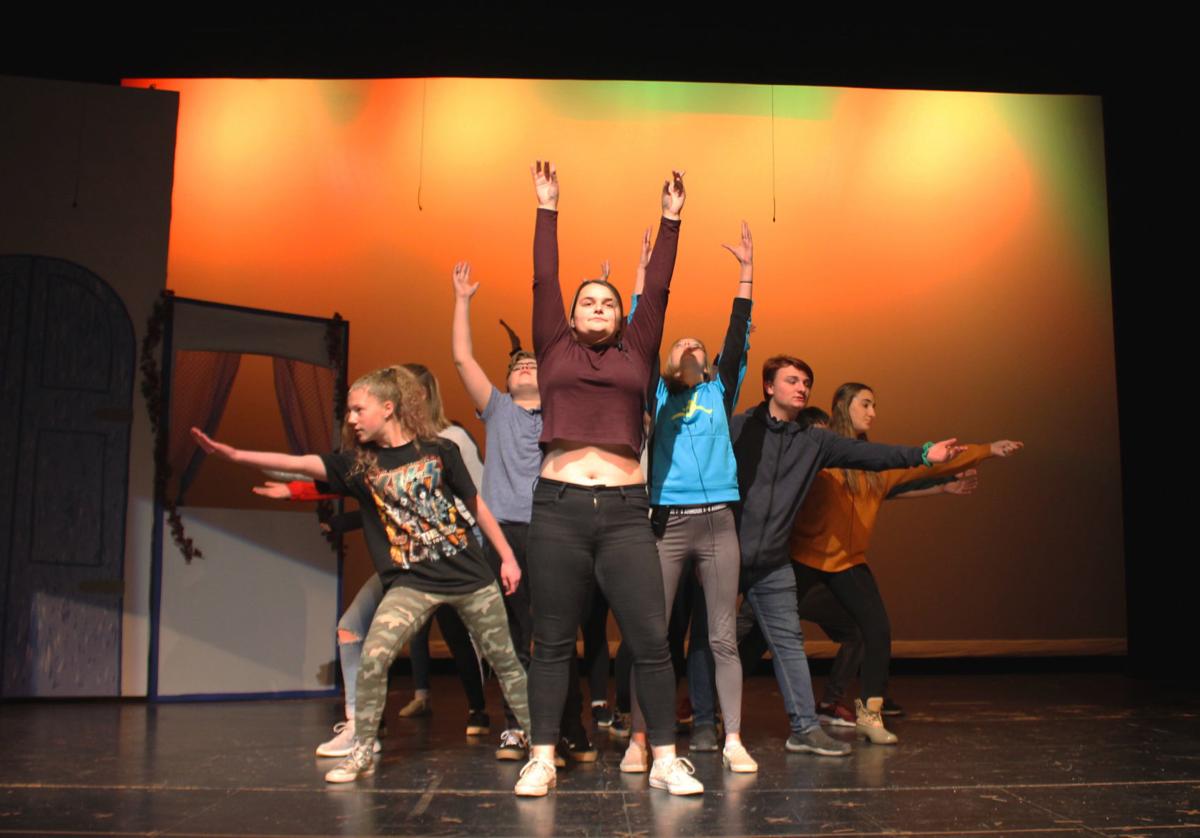 A new generation of dancing queens is bringing ABBA back in the Milton High School (MHS) fall production of Mamma Mia!

Longtime MHS theater director Paul Curtiss called the musical a “labor of love,” describing the show as a light story with a tight ensemble and some stellar ladies leading the cast. “We’ve been having fun since day one,” Curtiss said.

The story begins when Sophie, a nice Greek girl who is about to get married, invites three of her mother’s former flames to her wedding in an effort to discover her father’s identity. Chaos (and lots of dancing) ensues as the three suitors vie to walk Sophie down the aisle, and the bride’s mother, Donna, receives a triple-threat blast from the past.

The “jukebox musical” is written around songs by Swedish pop band, ABBA, who rose to fame in the 70s and 80s with hits such as, “Voulez Vous”, “The Winner Takes It All”, “Super Trouper”, and the musical’s namesake, “Mamma Mia.”

Senior Alexa Jackson stars as Donna, the mother of the bride and the heart of the show. Alexis Drown stars as Sophie, Lilly Thatcher as Tanya, Kathryn Schmidt as Rosie, Aiden Coli as Harry, Rhys Keefe as Bill, and Jeremy Hardy as Sam.

At 17, Jackson is the perfect dancing queen. She described this year’s production has having a “different energy,” than in the past. “We have a great, really supportive cast this year,” she said. “The dynamic feels more like a family than a cast.”

Although ABBA’s bouncy tunes are decades older than she is, Jackson called the musical “nostalgic,” with “beachy, floral vibes.” She also gave a shout-out to the student-led tech department who she said should get more recognition for their behind-the-scenes work. “Everything looks amazing. The set, the costumes: it’s all coming together,” she said.

Kathryn Schmidt who plays Rosie, one of Donna’s vivacious best friends, called the production “bittersweet.” For herself and Jackson, the show will be their last MHS musical since both girls graduate next spring.

“I’m very sad and very excited at the same time,” Schmidt said. “It’s a good show to go out on; leave it all on the stage.” Schmidt said that she tries not to think about her time ending with the theater department but the realization comes in waves.

Schmidt has participated in Milton’s theater program since she was in sixth grade and she can’t imagine doing theater with any other company. “It wouldn’t be the same anywhere else,” she explained. “I’ve bonded with the cast and with Paul so much since sixth grade. There’s something different about Milton drama.” For her, this is the final curtain.

While Jackson hasn’t been with the program long, she agreed with Schmidt, describing the cast dynamic as special. “Our roles have brought us closer together,” she said. “The characters all interact with everybody; it’s a group effort.”

On a lighter note, both girls expressed their glee at a disco ball effect during the “Dancing Queen” number. “I mean it’s senior year and we’re going out on a disco ball,” Schmidt said laughing.

Jackson and Schmidt hugged tight before bouncing onstage to run through a dress rehearsal of the show; their last opening night just one week away.