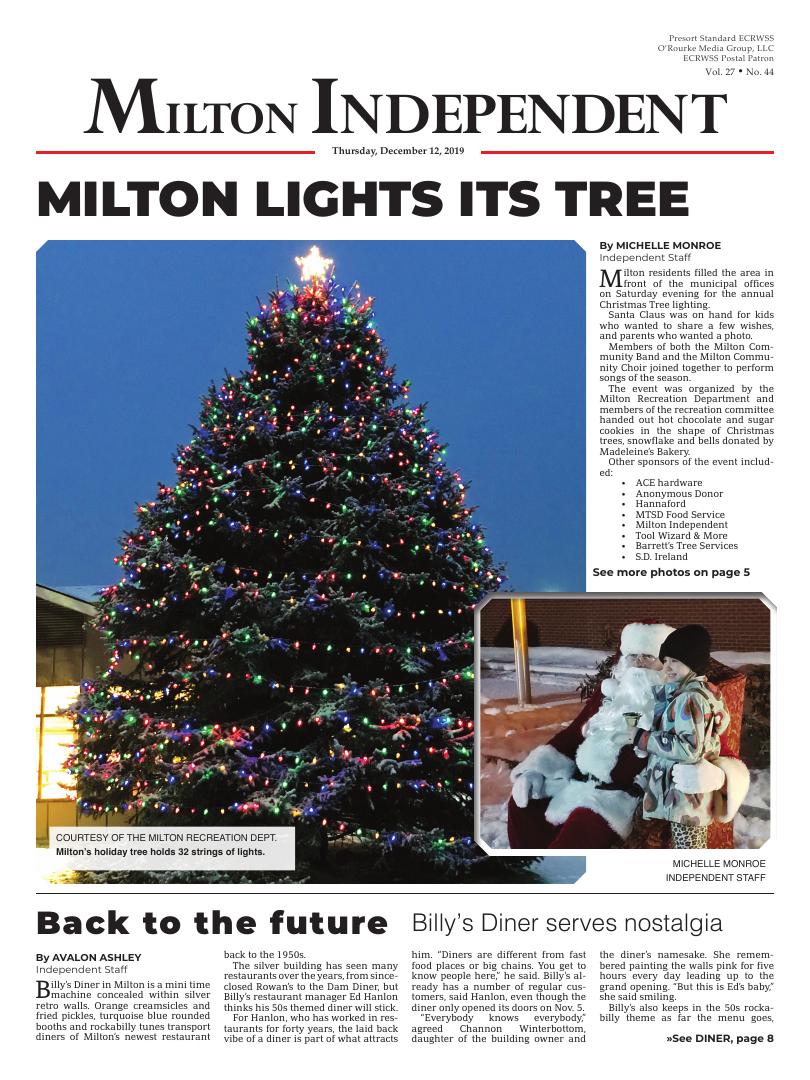 Members of the Milton Community Choir perform at the tree lighting on Saturday.

Members of the Milton Recreation Committee hand out hot chocolate and cookies made by Madeliene’s Bakery.

Milton residents filled the area in front of the municipal offices on Saturday evening for the annual Christmas Tree lighting.

Santa Claus was on hand for kids who wanted to share a few wishes, and parents who wanted a photo.

The event was organized by the Milton Recreation Department and members of the recreation committee handed out hot chocolate and sugar cookies in the shape of Christmas trees, snowflake and bells donated by Madeleine’s Bakery.

Other sponsors of the event included:

While the S.D. Ireland holiday truck was missing on Saturday, it will be in town at the municipal offices on Wednesday, Dec. 11 from 6 p.m. to 7 p.m.

Ed Hanlon, manager of Billy’s Diner, has worked in the restaurant industry for over 40 years.

The silver building has seen many restaurants over the years, from since-closed Rowan’s to the Dam Diner, but Billy’s restaurant manager Ed Hanlon thinks his 50s themed diner will stick.

For Hanlon, who has worked in restaurants for forty years, the laid back vibe of a diner is part of what attracts him. “Diners are different from fast food places or big chains. You get to know people here,” he said. Billy’s already has a number of regular customers, said Hanlon, even though the diner only opened its doors on Nov. 5.

“Everybody knows everybody,” agreed Channon Winterbottom, daughter of the building owner and the diner’s namesake. She remembered painting the walls pink for five hours every day leading up to the grand opening. “But this is Ed’s baby,” she said smiling.

Billy’s also keeps in the 50s rockabilly theme as far the menu goes, featuring cream pies, milkshakes, floats, meatloaf, and burgers, among other dishes. Winterbottom’s favorite sandwich might be the reuben but according to Hanlon, the Billy’s Burger with onion rings and maple barbecue sauce is also quite popular.

The diner is already participating in the community, having partnered with the local hot rod club, Milton Cruisers, to organize the Giving Tree, a holiday winter clothes drive. Hanlon and Winterbottom hope to expand their presence in the community after the holidays as they settle into a routine, perhaps offering themed nights or partnerships with local schools. Nearly all of the employees are locals—”We have a good crew,” said Hanlon.

Over forty years, Hanlon has discovered that this is an integral part of running a successful restaurant. The two magic ingredients? “Good food and great service,” he said. 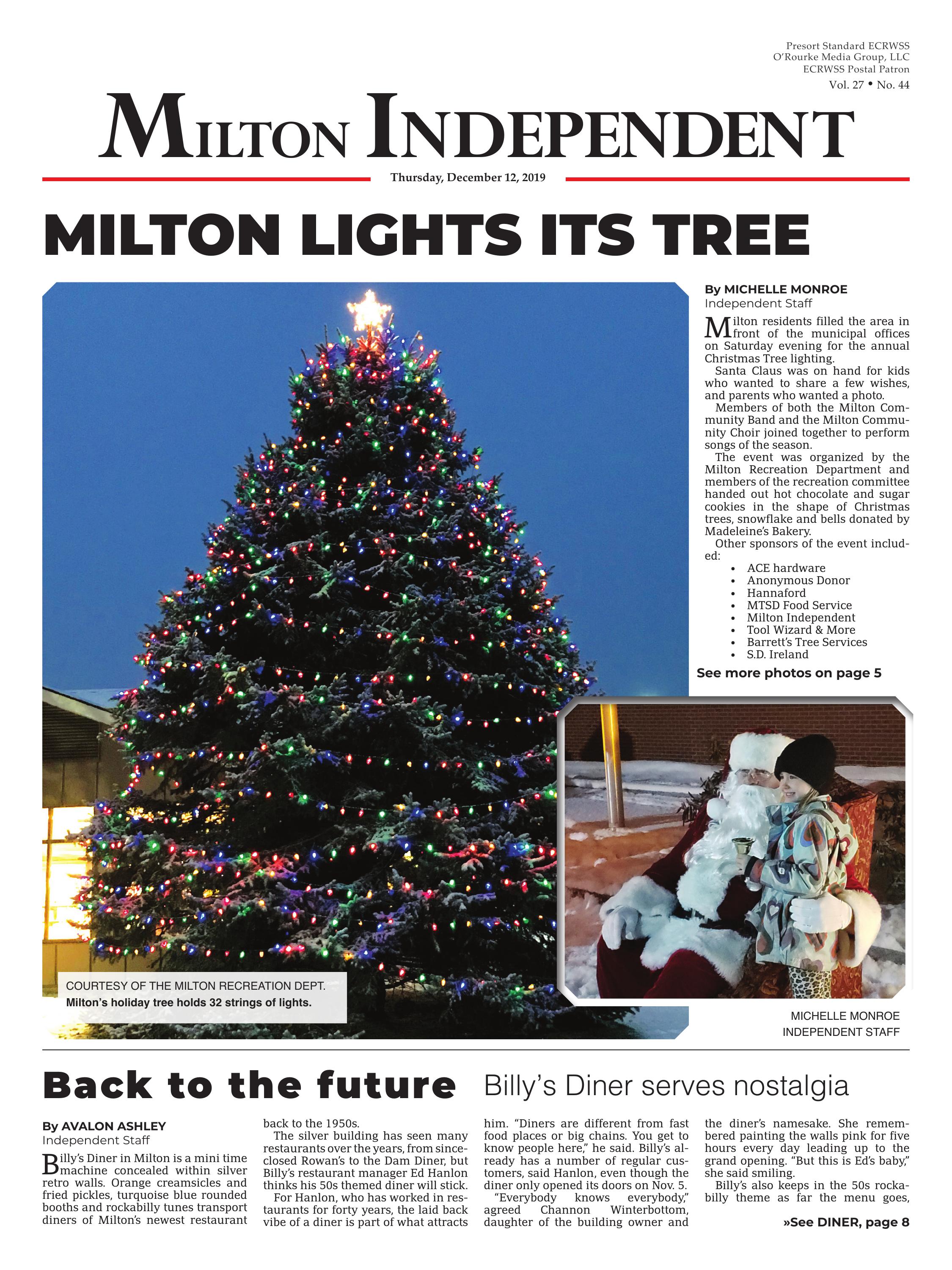