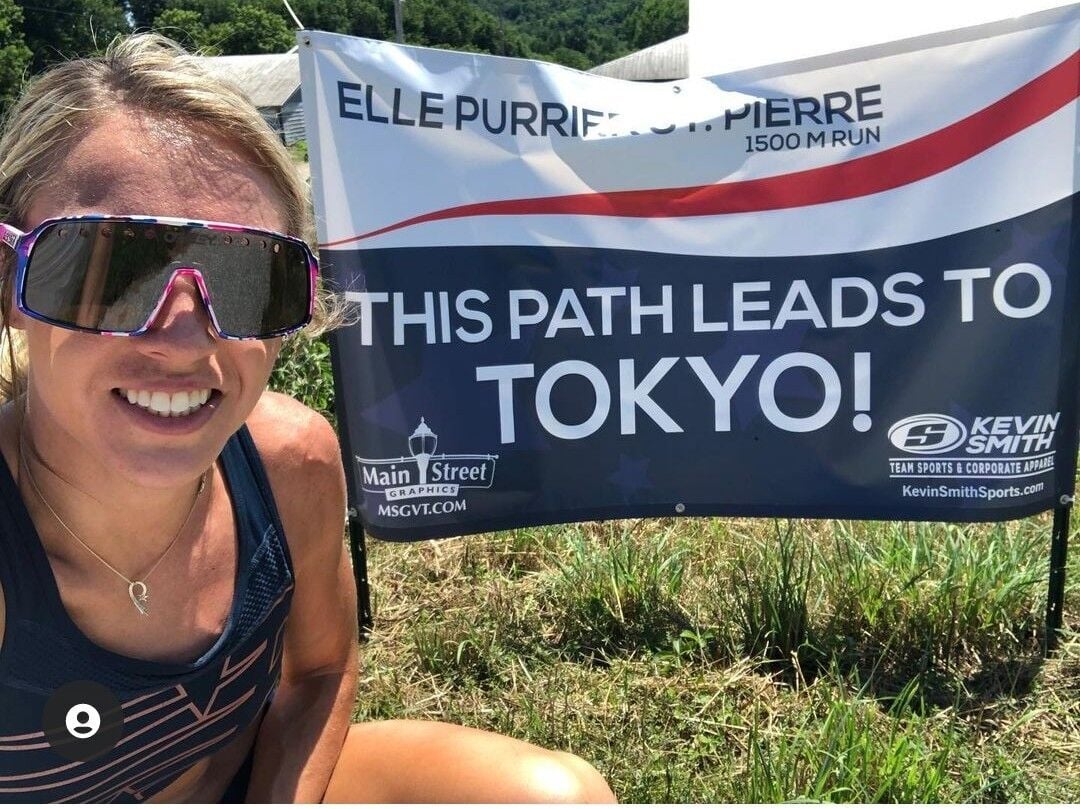 Elle Purrier St. Pierre poses by a sign on the Missisquoi Valley Rail Trail in the weeks before leaving for Tokyo. 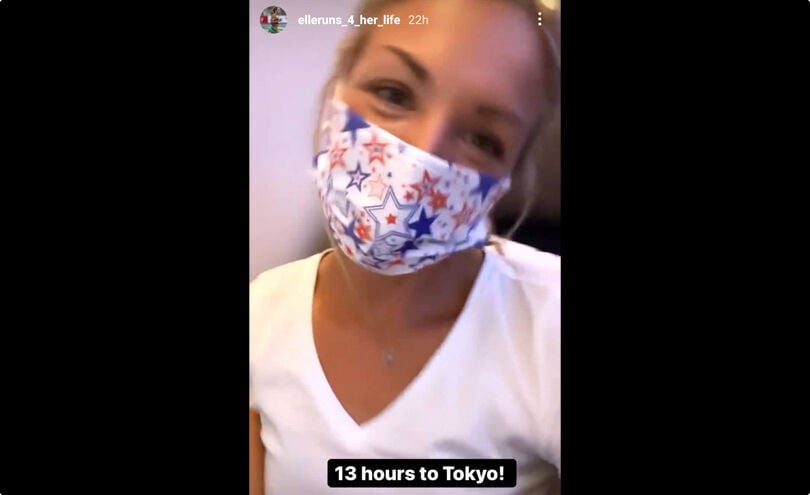 Elle Purrier shared a video of her flight to Tokyo yesterday! Elle, we wish you the very best!!

TOKYO — Elle Purrier St. Pierre, of Richford, landed in Tokyo and is ready to start the next leg of her Olympic journey.

As of now, she'll compete with roughly 50 other women on Sunday for a chance to run in the semifinal at 6 a.m. on Wednesday, Aug. 4.

The finals will take place at 8:50 a.m. on Friday, Aug. 6, according to the World Athletic Association. Please check local listings for race time changes.

The field is full of seasoned veterans and fresh faces; stiff competitors like Faith Kipyegon of Kenya, Laura Muir of Great Britain and Winny Chebet of Kenya will all be competing in the 1500m. Kipyegon and Muir competed in the event in the 2016 Olympic Games, where Kipyegon was the gold medalist.

Purrier St. Pierre set a record during the Olympic trials in June in Eugene, Or. She punched her ticket to Tokyo with a time of 3:58.03, even after being bumped in traffic in the opening seconds of the race.