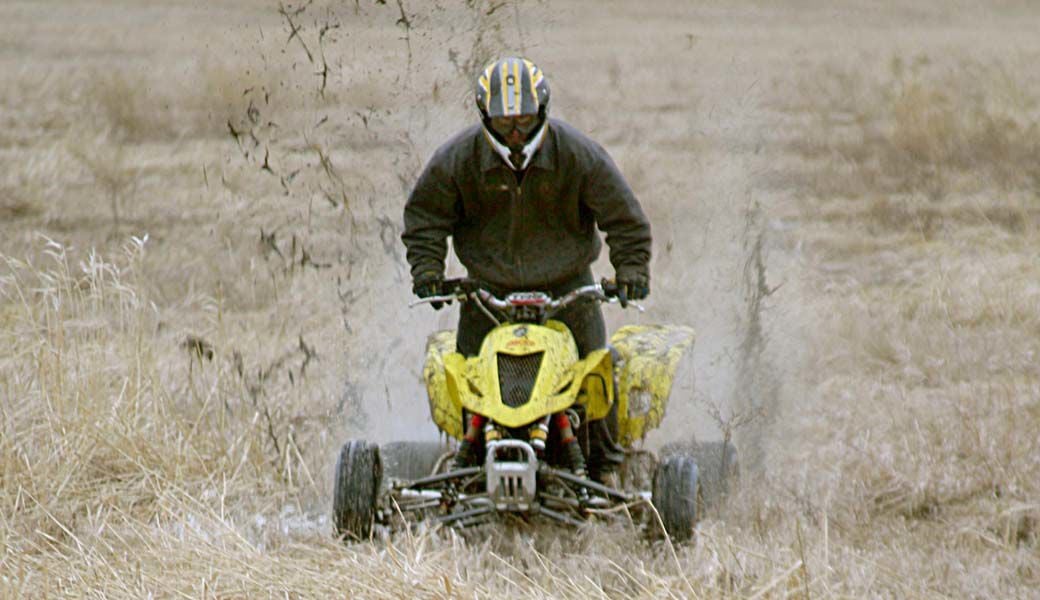 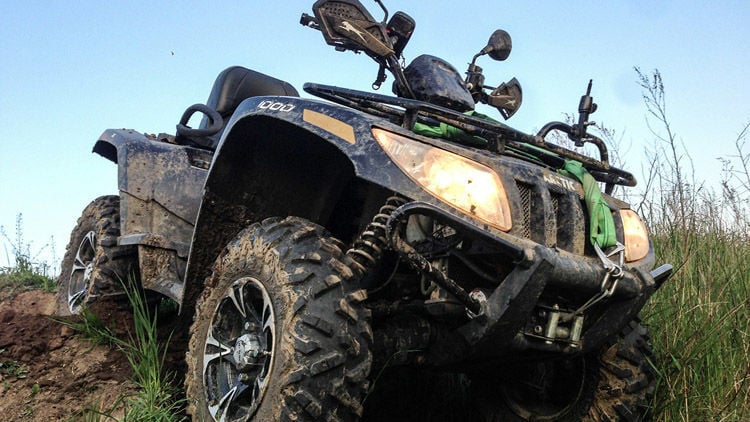 UVMMC is urging Vermonters to take safety precautions while out riding ATVs.

UVMMC is urging Vermonters to take safety precautions while out riding ATVs.

Legislators are hearing from All Terrain Vehicle (ATV) riders unhappy with changes to the rules governing ATV use.

Folded into the transportation funding fill (H. 942) signed by Gov. Phil Scott in June, the changes require users to have a trail access decal (TAD) from the Vermont ATV Sportsman’s Association (VASA) in order to access VASA trails, state land designated for ATV use by the Secretary of the Agency of Natural Resources, and to ride alongside or cross public roads.

VASA and its affiliated clubs maintain 800 miles of trail in the state on a combination of public and private lands.

The bill also requires ATV riders to wear helmets to operate or be a passenger on an ATV on any land not belonging to them. Children under 12 must have a helmet even when riding on their family’s land.

The requirement to have a TAD doesn’t apply to ATVs being used for work on farms or other business activities such as grooming ski trails or accessing remote utility poles. Nor does the rule apply to riders on their own land or on private land they have written permission to use.

To get a TAD, riders must join VASA at an annual cost of $60.

There are an estimated 15,000 to 20,000 ATV users in Vermont, but only 3,500 VASA members, according to information provided to the House Transportation Committee by Fish and Wildlife Commissioner Louis Porter. “It is not fair to expect that 3,500 people will cover the costs and provide the effort for a system that is used by five or more riders for each member paying dues,” he wrote.

“At its heart, this bill makes sure that those benefiting and using the system of public roads, municipal land open to ATVs as well as the VASA trail network on private land, must contribute to the system they are using,” Porter wrote.

Porter said the approach the bill takes to the ATV trail system is based on the system for snowmobile trail maintenance. Snowmobile operators are required to purchase a Vermont Trail Maintenance Assessment (TMA) decal from the Vermont Association of Snowmobile Travelers (VAST) in order to ride on land they do not own, with a handful of exceptions. To purchase a TMA, riders must first join VAST.

Rep. Brian Savage, R-Swanton, a member of the House Transportation Committee, said he has heard members of the public about the TAD requirement.

Savage said the change was one he hadn’t noticed at the time. “I overlooked that part, because I would have opposed that myself,” he said. “I have a philosophical issue with the state requiring someone to be a member of a private organization.”

He compared it to requiring all motor vehicle drivers to join the American Automobile Association.

“It’s too late, unfortunately, to do anything about it this year,” he said, adding, “One of the first things I will do is work to get that language changed.”

Savage did praise the work done by VASA to maintain the trails. “They do need financial assistance for the terrific work they do,” he said.

The proposed rule changes were presented to the committee by VASA and Porter.

“We let the people who know a lot about state land and safety guide us,” said Rep. Mike McCarthy, D-St. Albans, who also serves on the transportation committee. Porter and VASA, he said, “had been working on this for years.”

From his perspective, the change was about requiring users of the trails to help support their maintenance. “It seems to me a right and fair thing to do for the vast majority.”

In the past, many riders would use VASA trails without having a TAD, he suggested. “This is still going to be very much an honor system thing,” McCarthy said.

“If people are going to use public trails, they should pay their fair share,” he said.

While it’s unclear if any changes will be made to the TAD requirement, Rep. Barbara Murphy, I-Fairfax, who serves as the vice chair of the transportation committee, said it was likely the committee would look at the helmet requirement for side-by-side vehicles.

Although side-by-side vehicles are a type of ATV, they have roll bars and seat belts. Murphy said members of the public have argued that means helmets aren’t necessary for riders in those vehicles.

Murphy and McCarthy both said they hadn’t received many complaints about the TAD requirement. “The main piece poking its head up for people is having to wear a helmet,” Murphy said.

In 2019, the Vermont Agency of Transportation provided information to the committee indicating that between 2013 and 2018 there were approximately eight ATV injuries on public roads and one fatality each year. However, that is only accidents on public roads.

UVM Medical Center said recently that it is seeing a dramatic increase in ATV injuries entering its emergency department in 2020. For the past three years, less than a third of those injured in an ATV accident and treated at UVMMC had been wearing a helmet, the hospital reported.