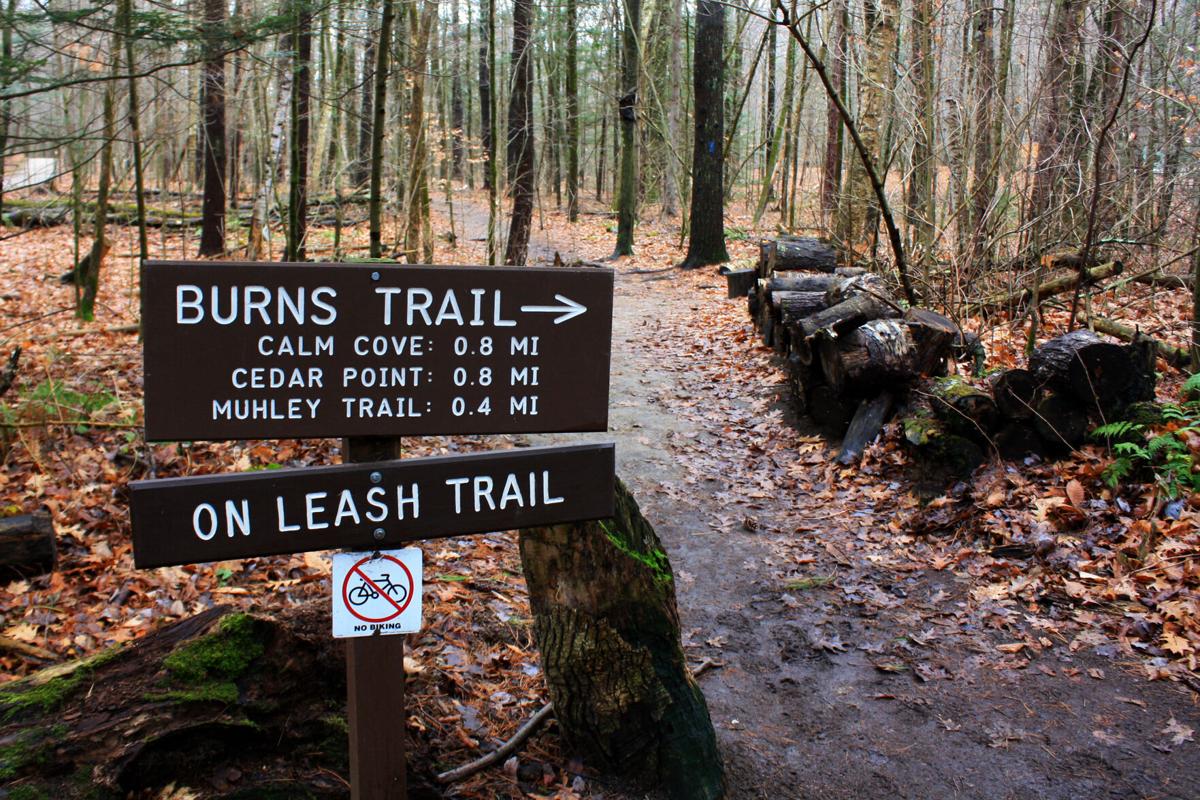 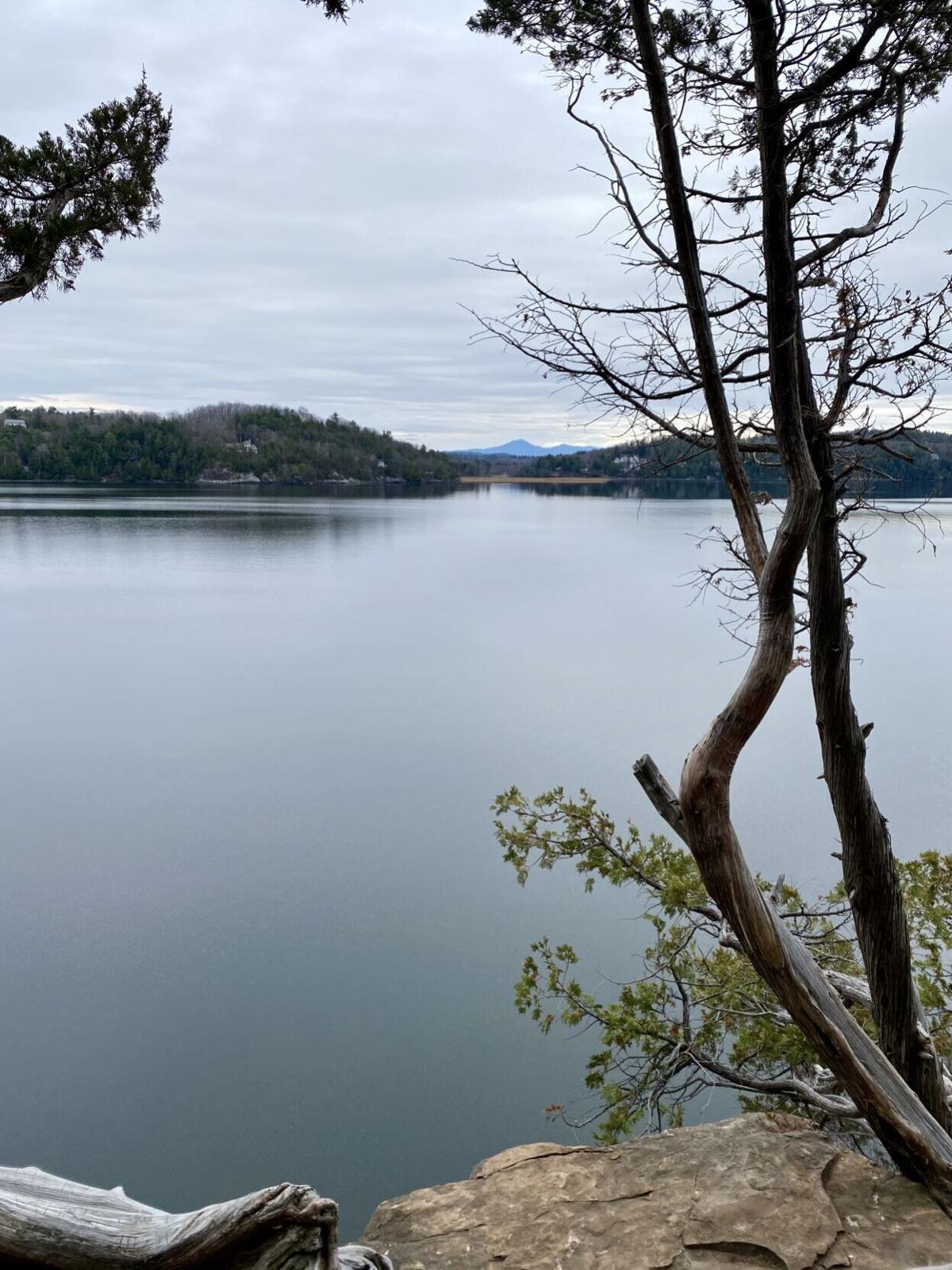 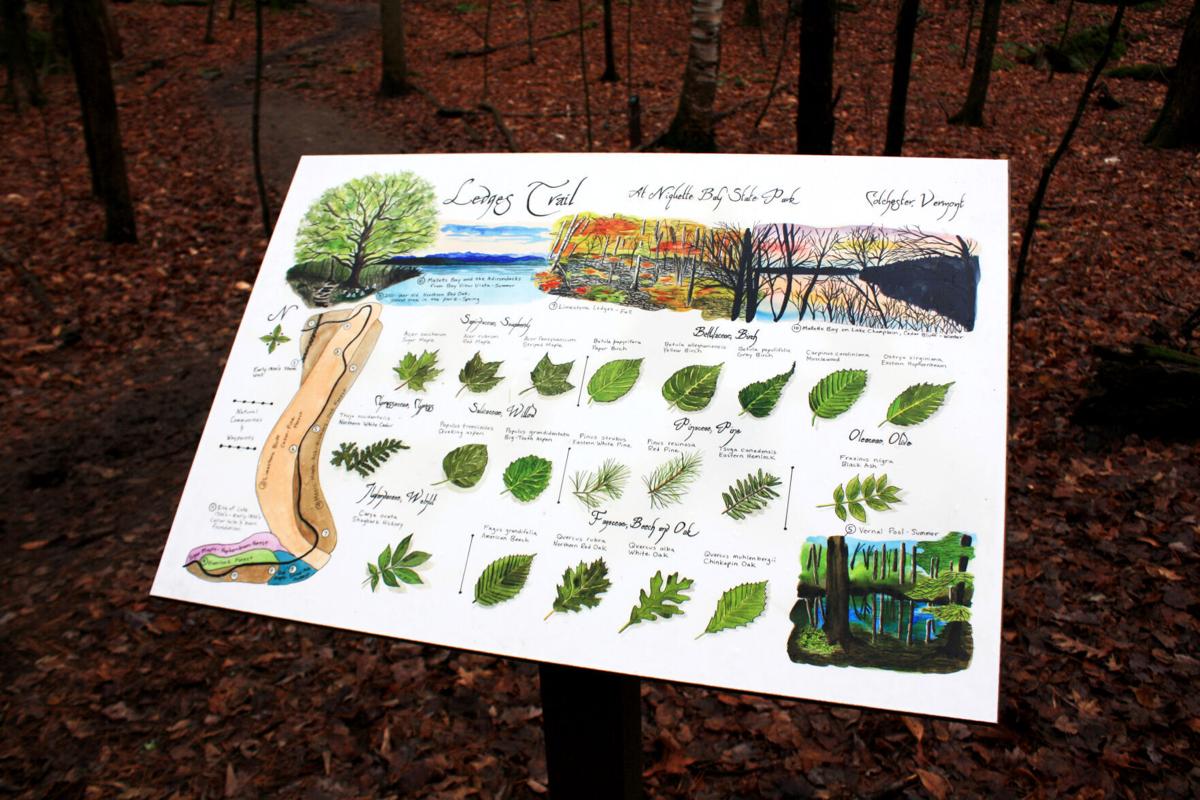 {p dir=”ltr”}An interpretive sign shows the various types of trees that can be found along the Ledges trail at Niquette Bay State Park. Rob Pederson, northwestern state parks regional manager, said Ledges is his favorite part of the park.{/p}

Opt Out is a weekly feature highlighting the outdoor places we turn to for rejuvenation and exertion, and the adventurers who inspire us to explore our local surroundings. Want to recommend an outdoor space? Send an email to bhigdon@orourkemediagroup.com.

Are pets allowed? Yes, but they must be leashed at all times.

The land that became Niquette Bay State Park was purchased by the State of Vermont in 1975. Prior to the twentieth century, the 584-acre parcel was used for farming, given its relatively unchanging elevation and fertile soil.

The park is named for Niquette Bay, the local name for a sharp indentation along the northeastern shore of Lake Champlain’s Malletts Bay.

“It’s just a great park to be able to get away from other people,” Rob Peterson, regional manager for Vermont’s northwestern state parks, said. “You have plenty of space to spread out and get some exercise and rejuvenate yourself.”

From the parking lot, take the 1.5-mile Muhley Trail to gradually ascend up a long, wooded ridgeline. At the summit, which rises just over 400 feet, catch glimpses of the Green Mountains through the trees.

Though the trails at Niquette Bay are currently padded with fallen leaves, they are wide and well-treaded. Rolling climbs and descents make for easy walking, and carefully-crafted wooden ladders and steps help secure your footing. You’ll know you’re getting closer to the lake when the paths become less rocky and more sandy.

How to experience Lake Champlain

Walk the Cedar Point Loop all the way to the edge for panoramic views of Lake Champlain. Standing atop speckled limestone, see the sharp dolomitic cliffs rise skyward out of the water across the way. On a clear day, spot Camel’s Hump in the distance.

In recent weeks, the lake has been steel gray, restless in the wind. It’s winter look is beautiful in a way that is different, yet equal to its cerulean summer blue.

In mid-July, you will almost certainly find find swimmers at the beach, located off of the Beach Bypass Trail, and a few adventurous rock-jumpers up on the outcropping at Calm Cove.

“It’s got kind of a swimming hole vibe, like you might find along a river in Vermont,” Peterson said.

While the park is busiest in the summer months with beach-goers and those looking to fish, Niquette Bay's trails would also make for a perfect snow-shoeing adventure once winter blows through the Bay.

Pederson’s favorite part of the park is the Ledges Trail, which can be used to circle back to the parking lot. Hiking the Ledges Trail is a great educational experience for the kids, as it’s marked with small signs and interpretive panels, labeling the trees along the trail’s edge.

It’s also not uncommon to spot owls high up in the trees or deer deep in the brush, Peterson said.

In the coming weeks, head to Niquette Bay alone or with family. Take coffee in a Thermos for an early morning stroll, or stop by mid-day for a lunch break walk.

“I was just there recently on just a random weekday and, there were, in excess of 15 to 20 cars in the parking lot, so I think the park is well-loved any time of the year,” Peterson said. 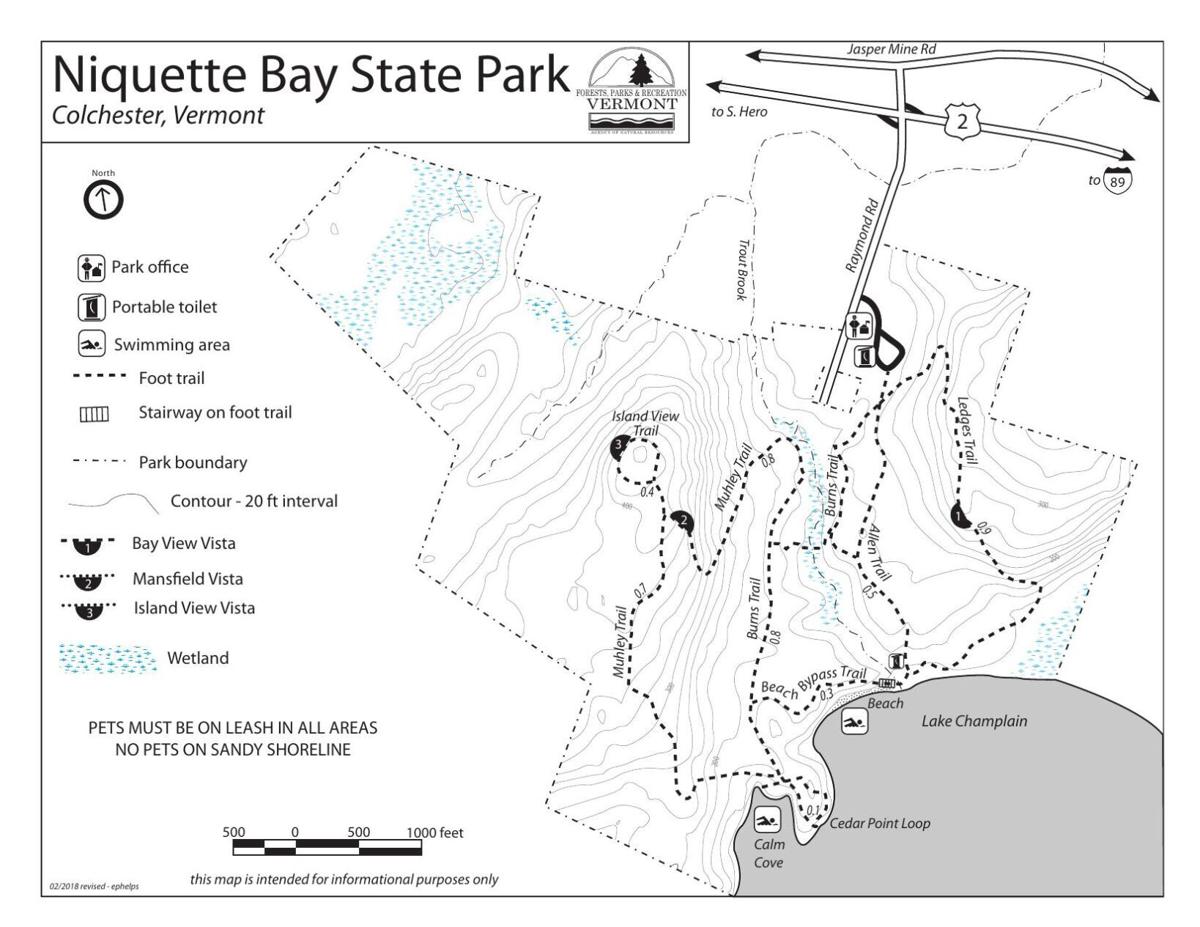