The House upheld their vote during a third reading on Wednesday, agreeing via voice vote to forward the legislation to the Senate for consideration.

According to estimates from the Vermont legislature’s Joint Fiscal Office, the program could benefit anywhere between 3,500 and 4,000 adults and as many as 1,000 children.

Around 3,000 of those affected were believed to be undocumented, according to the Joint Fiscal Office, and another 500 were likely excluded from the federal stimulus program due to their having filed income taxes with an undocumented spouse.

Another 500 were believed to have been excluded from federal benefits due to their visa status or because their asylum application was still awaiting certain work permissions, according to the legislature’s Joint Fiscal Office.

About 1,250 of those who now stand to benefit from the state’s pandemic-related stimulus checks work within Vermont’s dairy industry, which has struggled in recent months after public health orders to close schools and restaurants dried up the dairy industry’s two largest markets virtually overnight.

Extending stimulus benefits for Vermonters initially left out of the program has been a goal sought by advocacy groups like Migrant Justice since the pandemic’s beginning and were recently floated in Gov. Phil Scott’s budget address, which pitched using $2 million in CARES Act funding for a tentative program.

Migrant Justice, a Burlington-based advocacy group, heralded the bill’s passage in the House as “a big step forward” in a social media post shared Wednesday.

Under H.968, the bill authorizing the stimulus program’s creation, stimulus payments would be administered in consultation with Vermont’s racial equity director and could be outsourced to local partner organizations to help facilitate stimulus checks’ delivery.

Information collected for administering the program would be confidential, according to H.968’s current language.

With the House’s stamp of approval given Wednesday, the bill authorizing the creation of what the House’s legislation has called the Vermont Coronavirus Economic Stimulus Equity Program moves on to the Vermont Senate for consideration. 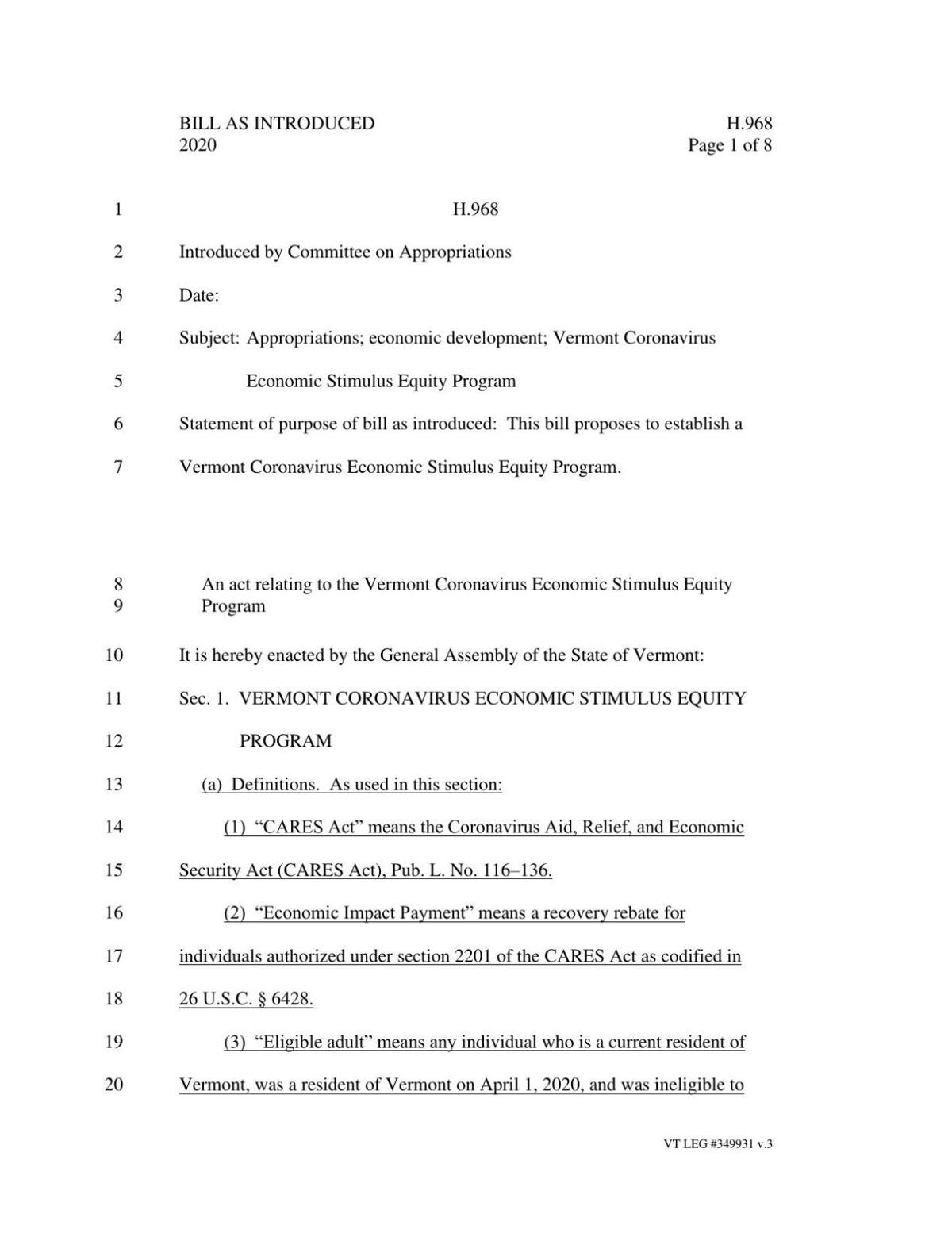